The folks at Frisch’s had a recipe contest and I was very excited to participate. We were given a $25 gift card and a jar of Frisch’s Tartar Sauce and had to create a recipe that included the tartar sauce. The recipe had to be meatless (could include fish) as the world gets ready for Lent! I went for something simple – yet genius! 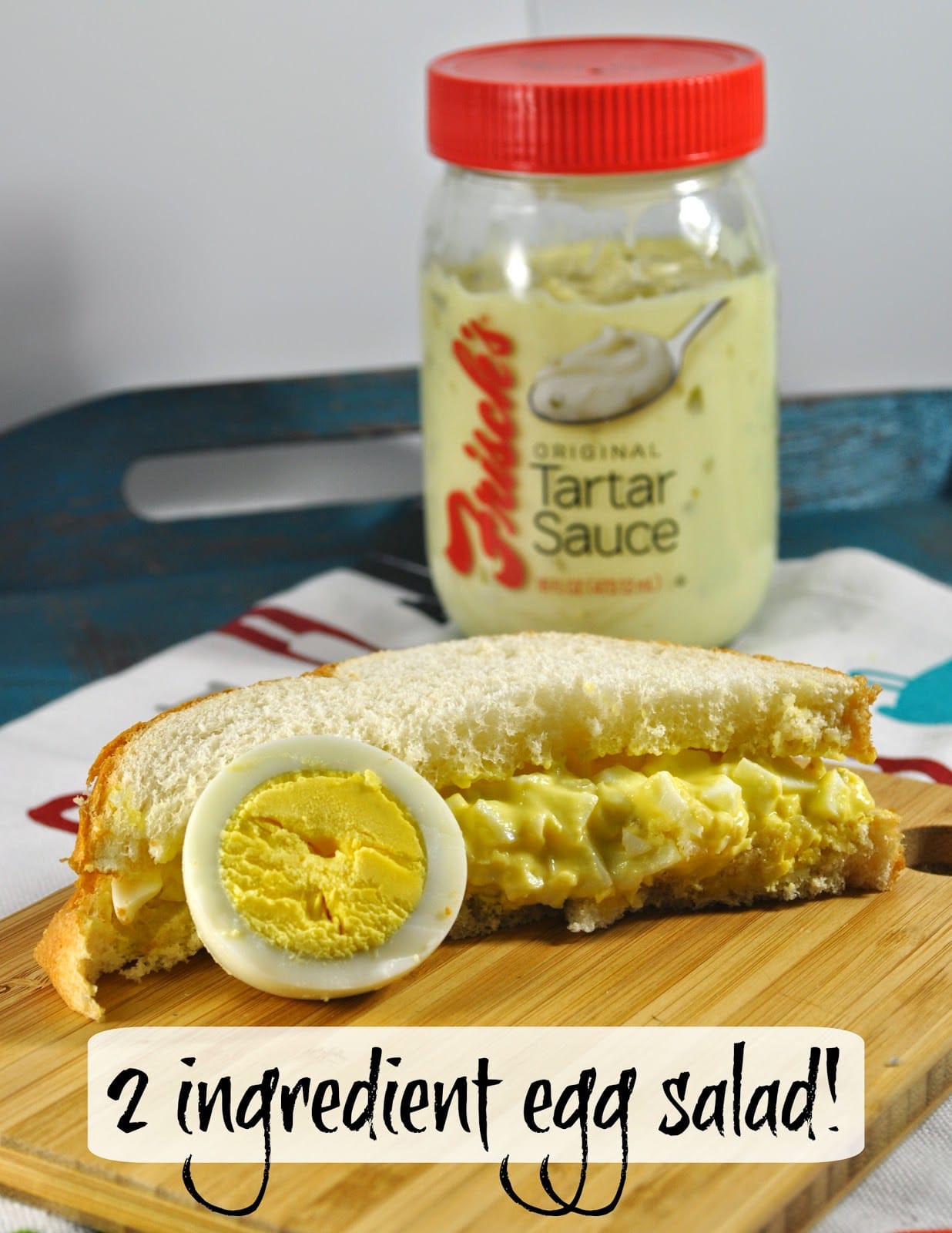 Two ingredient egg salad!!! I mean – what do you usually put in egg salad – mayo and celery – right? Well tartar sauce is mayo & pickles – so why not? Let’s try it!!! 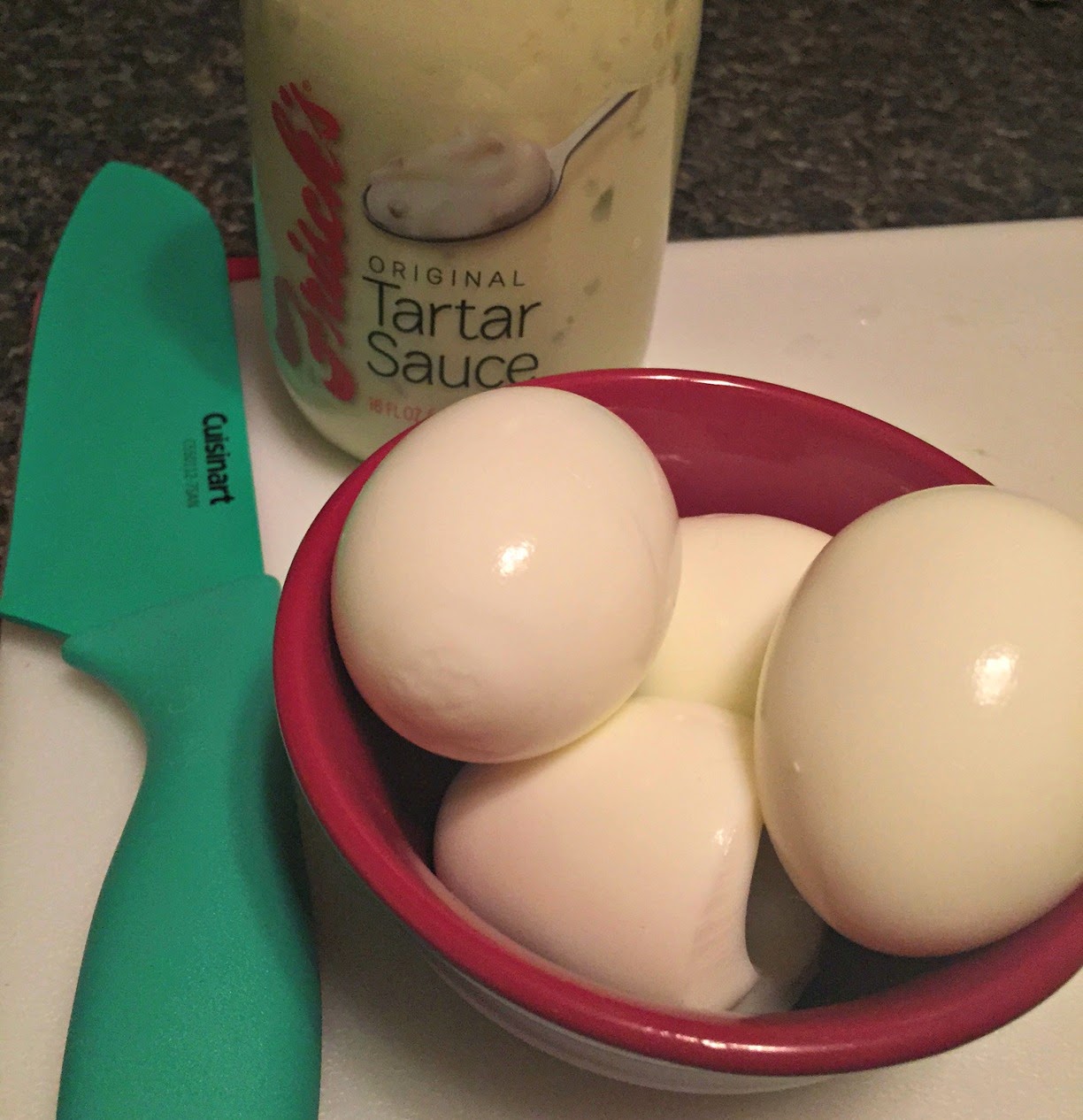 First – you hard boil 4 eggs. I only did 4 because my husband is allergic – so I just wanted to make enough for me to have a couple of sandwiches. 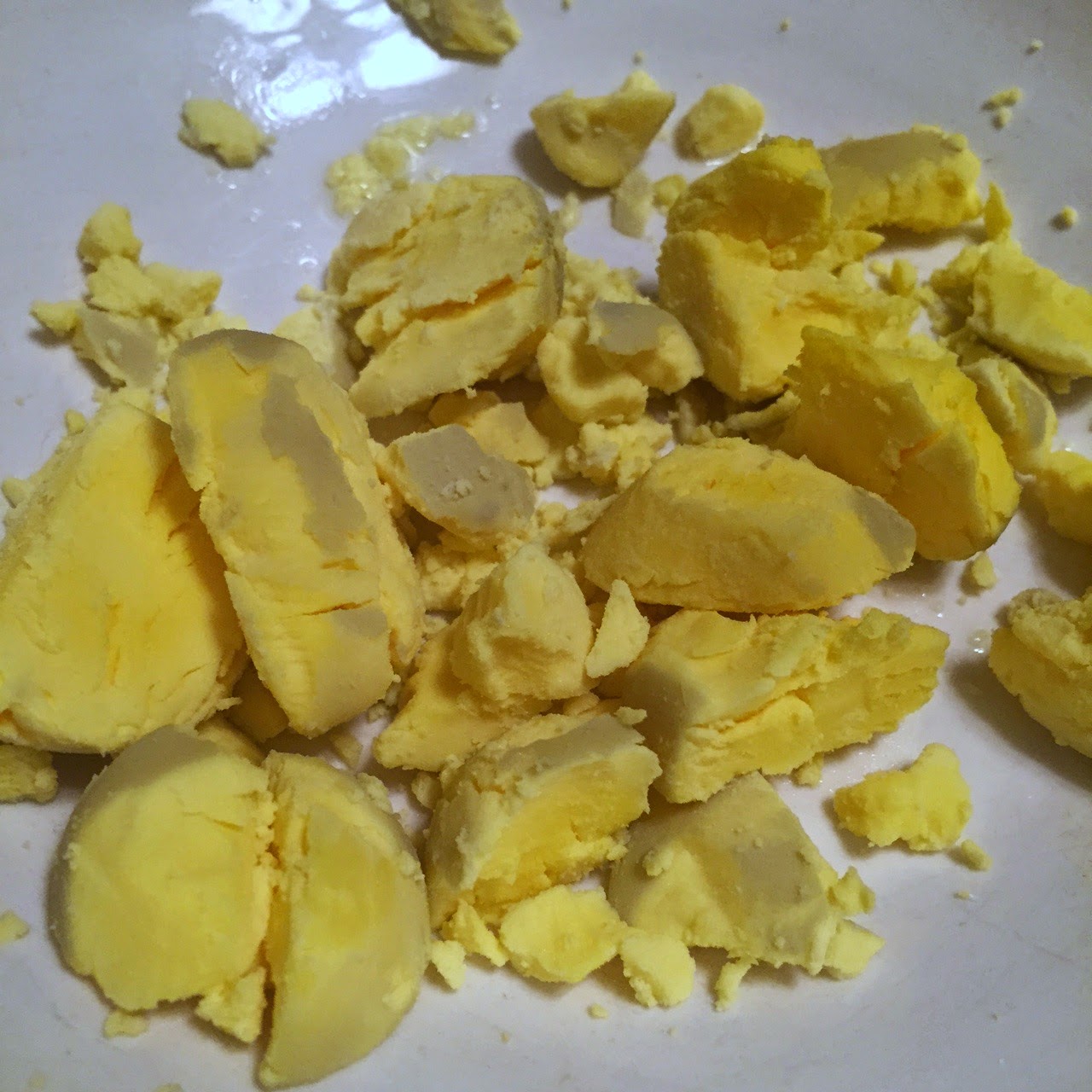 Once they were hard-boiled, I separated out the yolks. not sure you have to do this but it just seemed easier. Then I mashed them all up. Then – ready for ingredient #2! 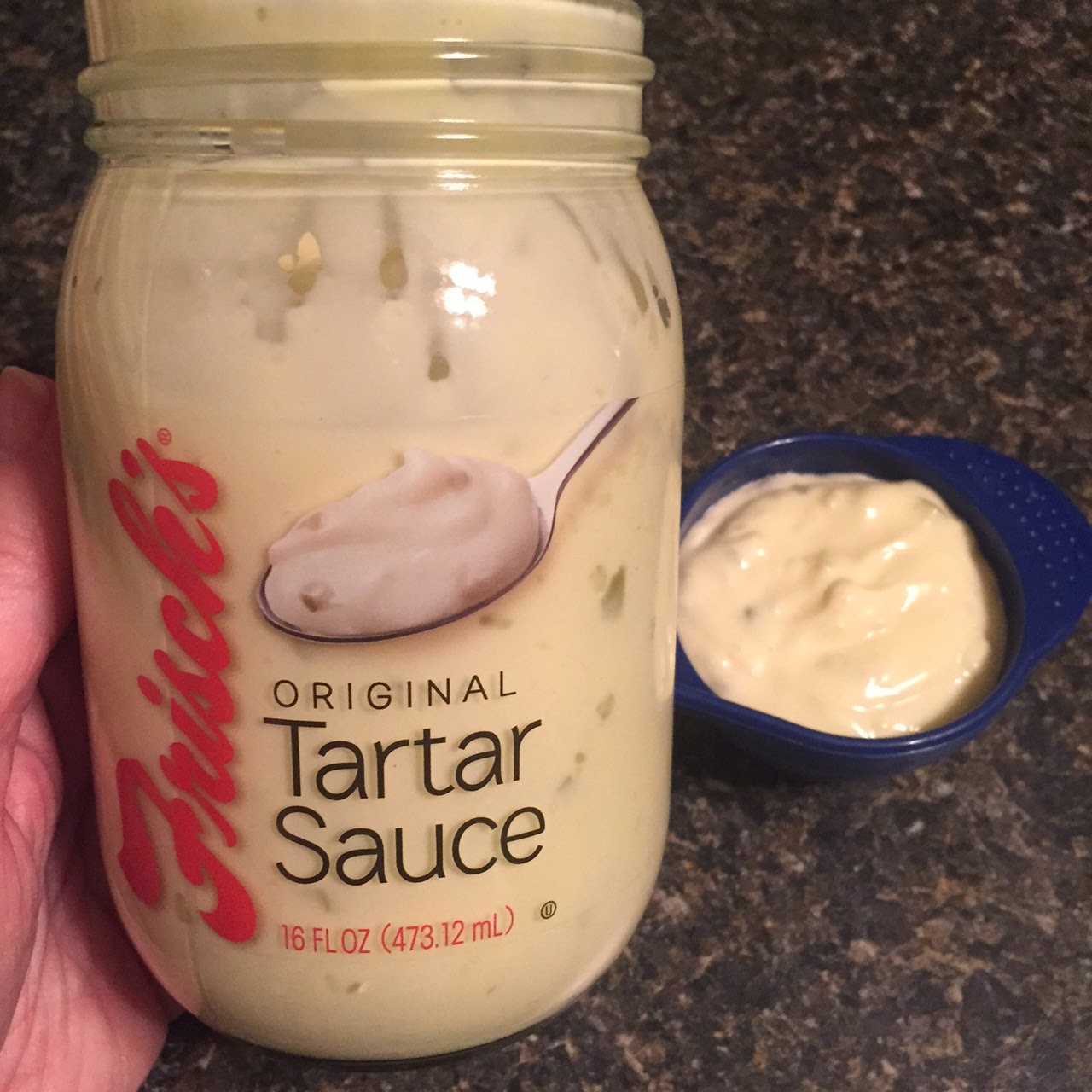 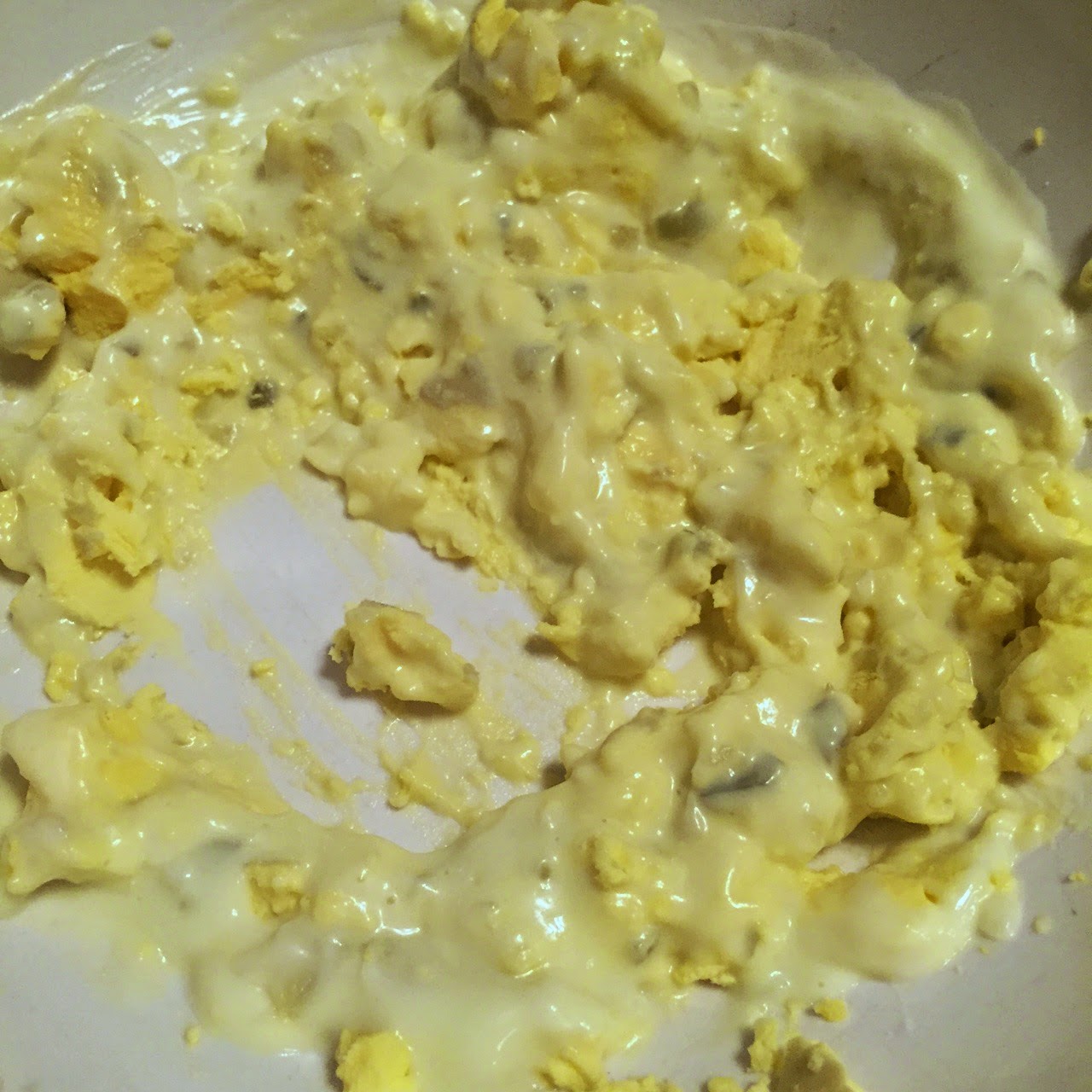 Mix the tartar sauce with the egg yolks – stir stir stir until it’s a nice mashed up mix. Feel free to take a taste – if you want you can add lemon juice, salt or pepper – but I was happy with it as is! 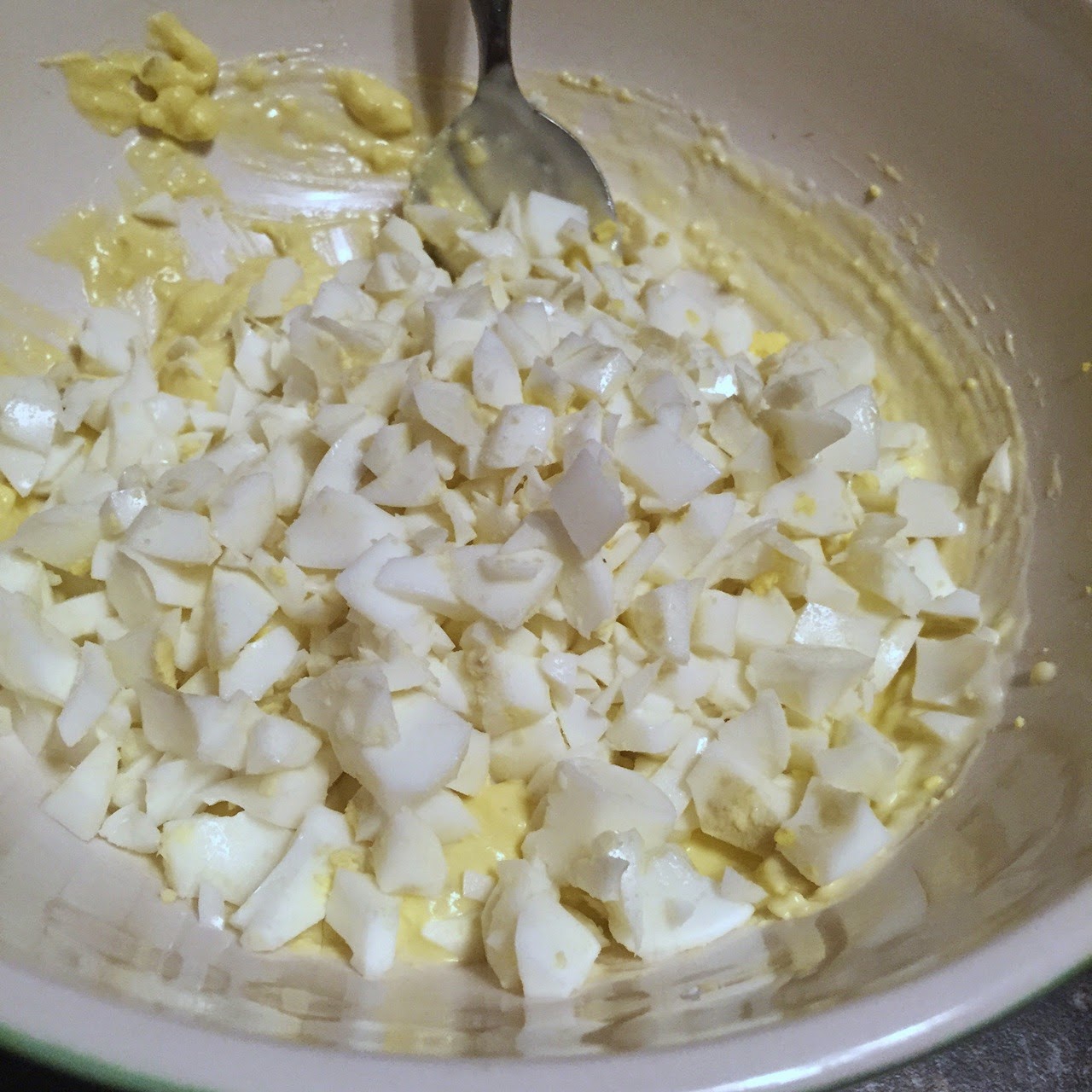 I diced my egg whites – I didn’t use the normal hard boiled egg chopper because I wanted larger chunks of egg white. Then I folded in with the egg yolk/tartar sauce mixture. It’s then best if you put it in the fridge overnight. 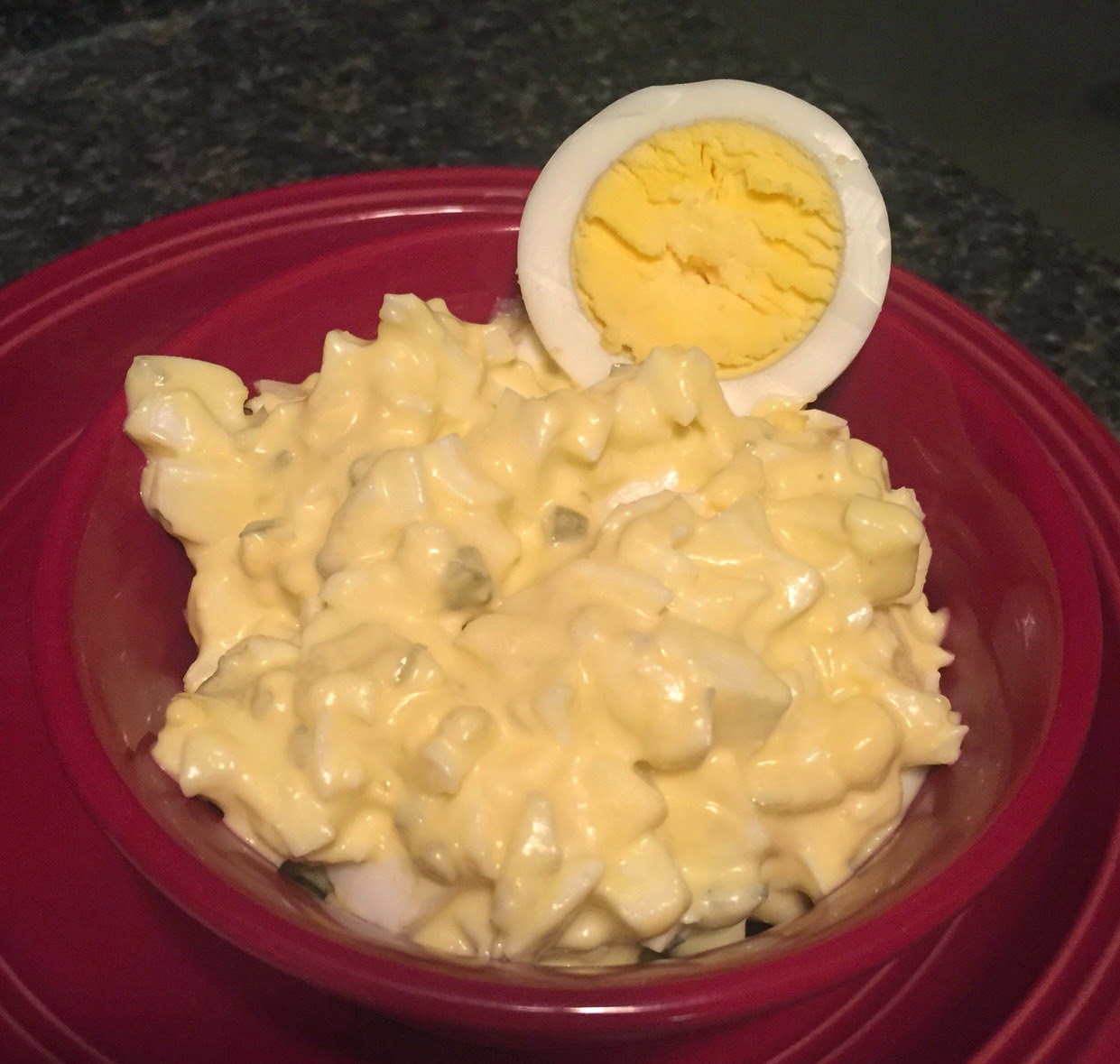