If you’re looking for something to do this weekend – this might be just the event for you. The Friendship Flea Market ends this weekend in Friendship, IN. The flea market runs twice a year for a week at a time. They have vendors that camp there and it’s open from 9a-9p every day for 9 days!

Yes – they have giant logo-emblazened underpants hanging up at the flea market – cuz it’s classy dammit! 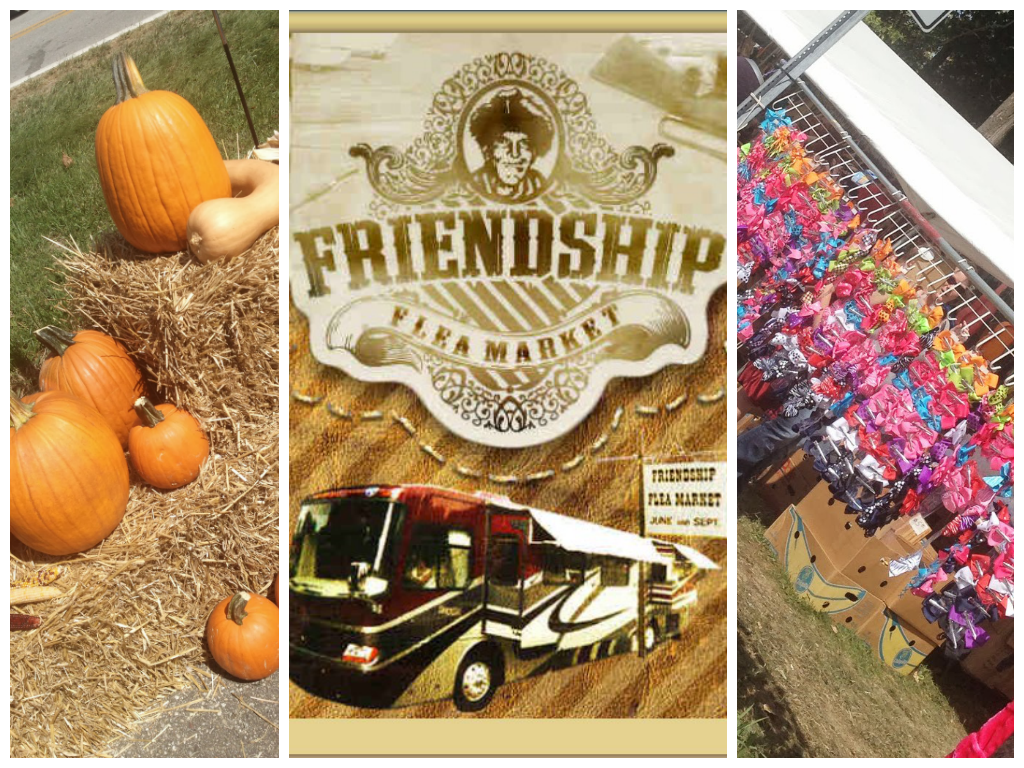 The place is a veritable rainbow of colors – everywhere you turn! When we pulled in – the pink hairbows, purple cows (seriously – but not pictured) and bright orange pumpkins were pulling me in every direction! What to look at first?! 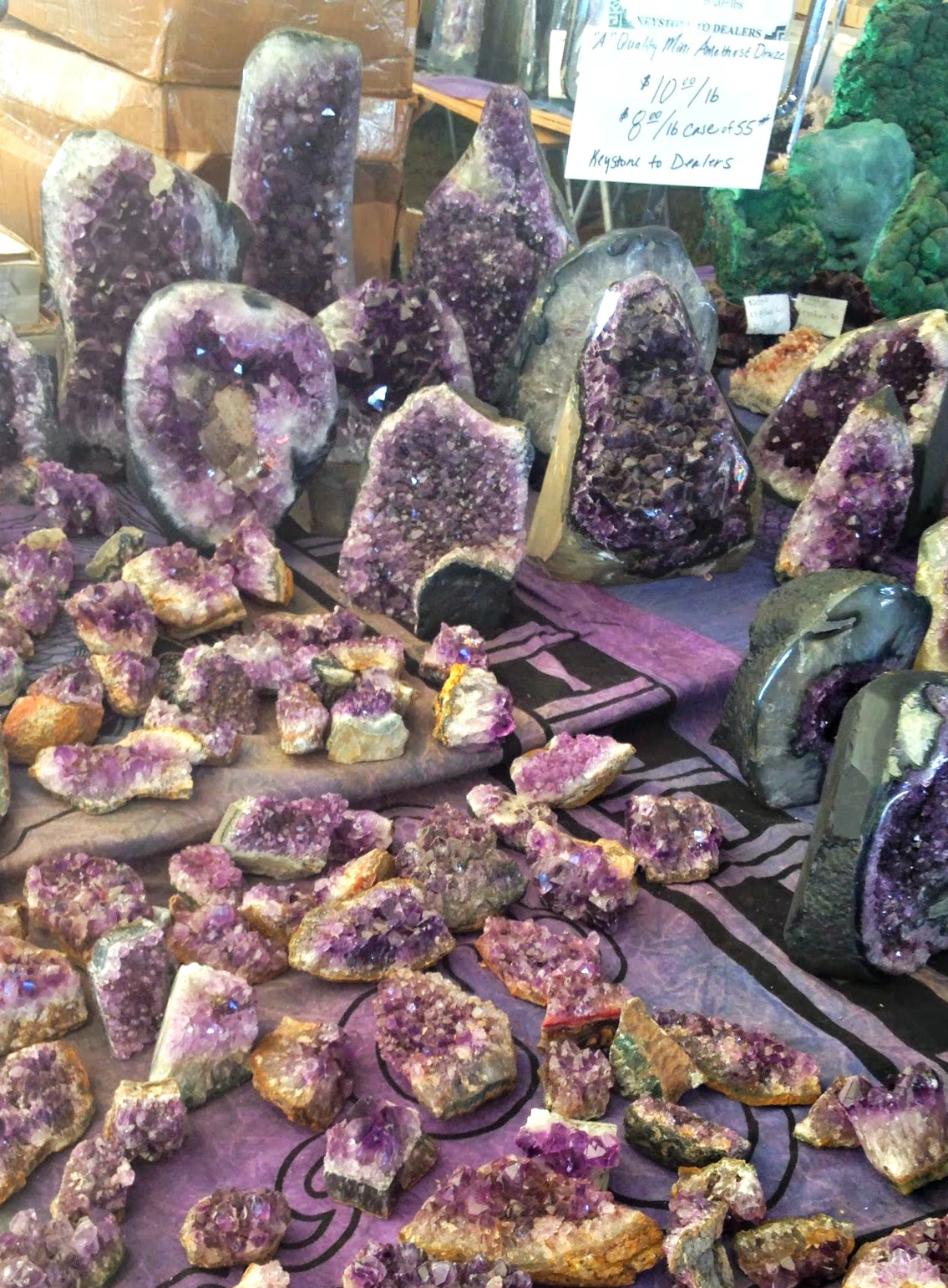 There are over 500 vendors on both sides of the highway – and it’s literally on both sides of a highway. There were quite a few vendors selling things folks that make jewelry would use – strands of beads, etc… This one tent was quite large and had every precious stone you could think of. This table of geodes were really beautiful. 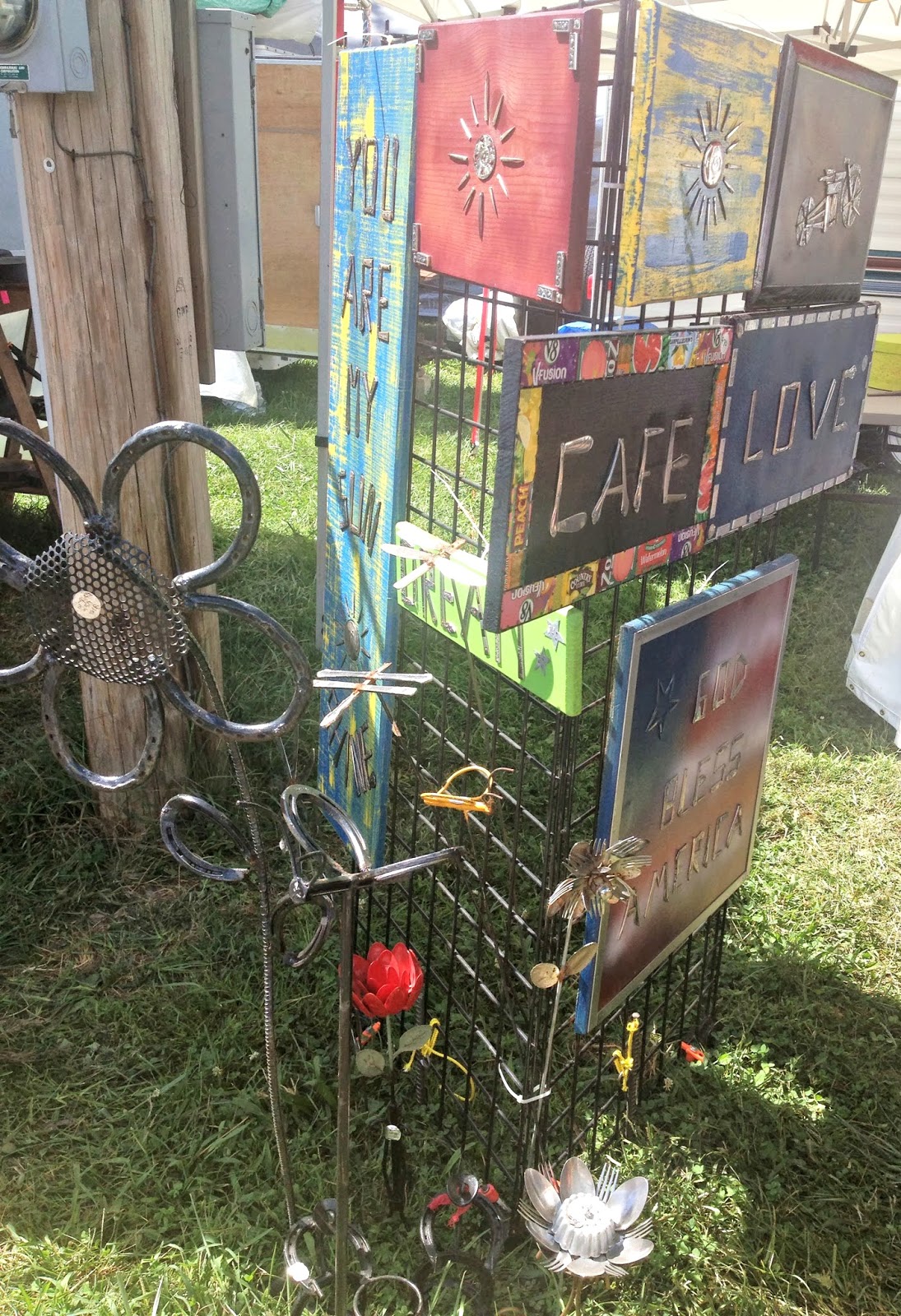 There were a few vendors with art (rather than crafts) – these were pretty cool but were pricey at $80 for the signs on the right. 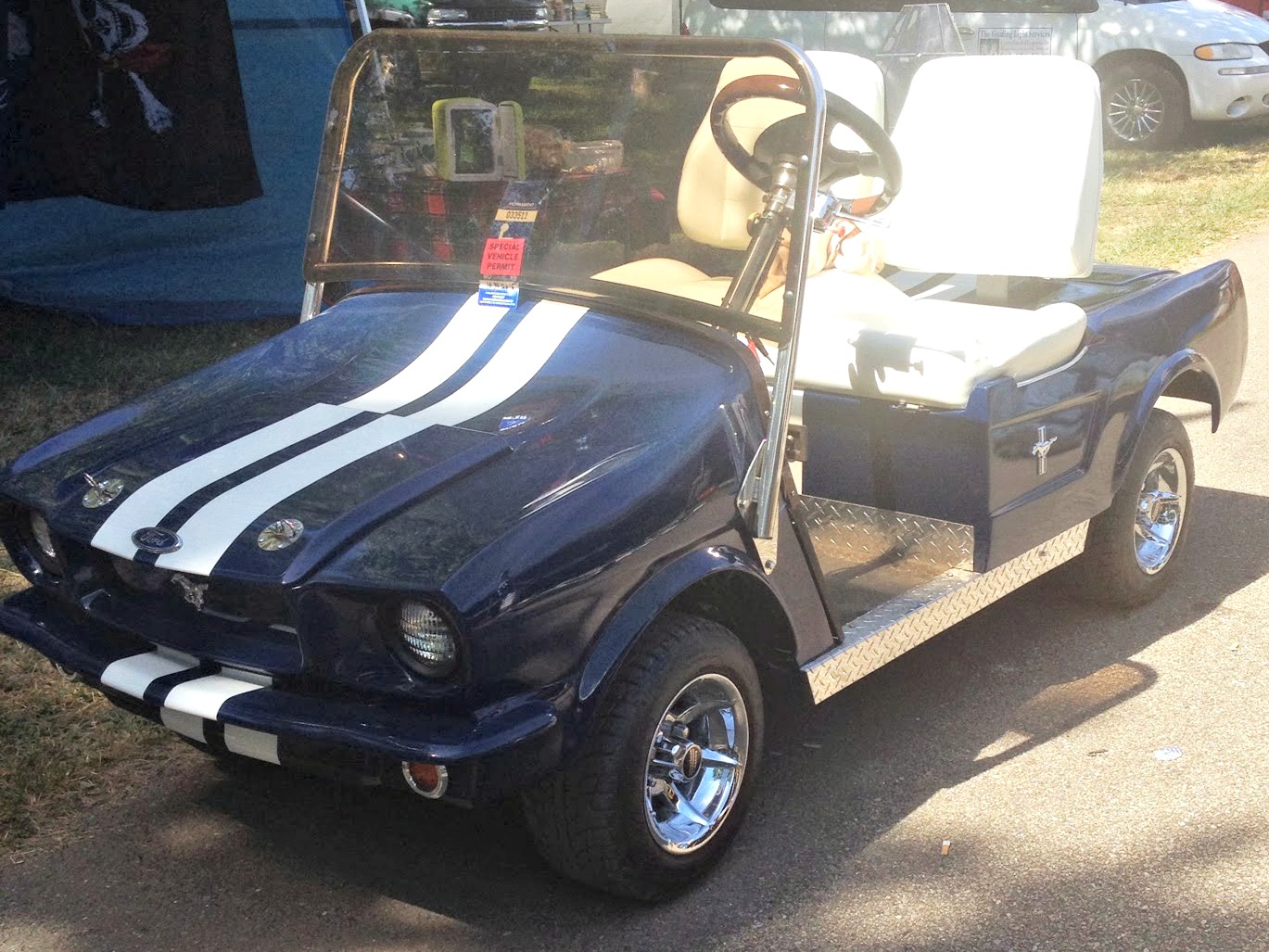 Larry is a big fan of the Ford Mustang – so we were both pretty taken by the Mustang golf cart a couple people were driving around the market. 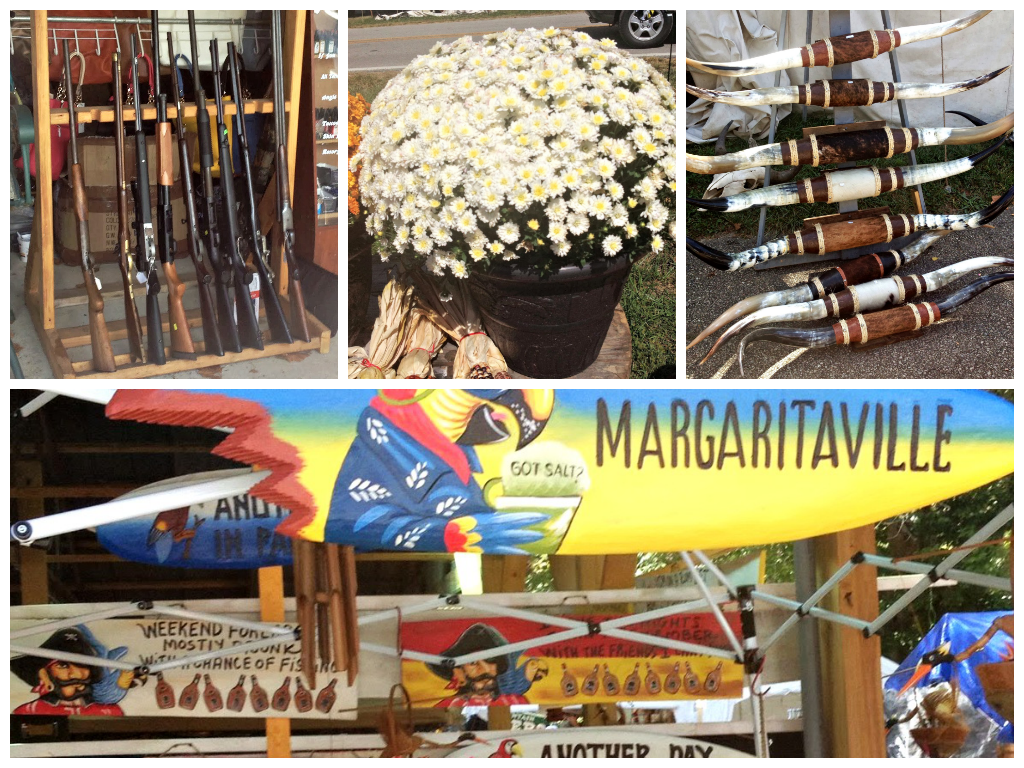 There were a lot of guns – A LOT OF GUNS. The front had a couple of really pretty mum booths – which are perfect right now. And then just the randomness of it all. We came home with dog treats, a sign about our home having a bad ass dog and an Indianapolis Colts car flag. Um ok?! Random.
It ranges from the type of things you see at Traders World (sunglasses, cleaning products, knives, tie-dye t-shirts) to garage sale to antique booths and everything in between. There are vendors from near and far – it’s just this incredible mish mosh of everything under the sun. There’s art, crafts, crap, sports memorabilia, hand-crafted toys, flowers, knick knacks, jewelry, food, clothing, and the list goes on and on – literally! 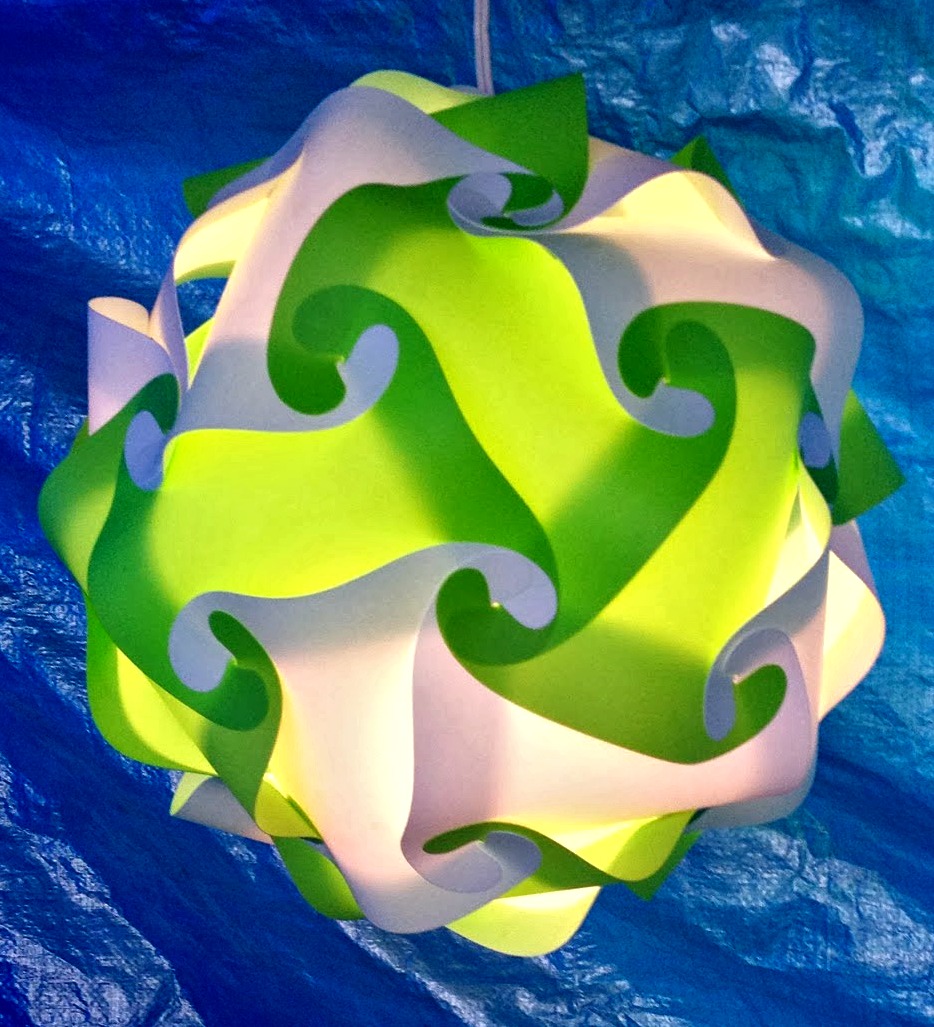 These plastic lights were pretty cool – they came in all different colors – very Ikea don’t ya think?! 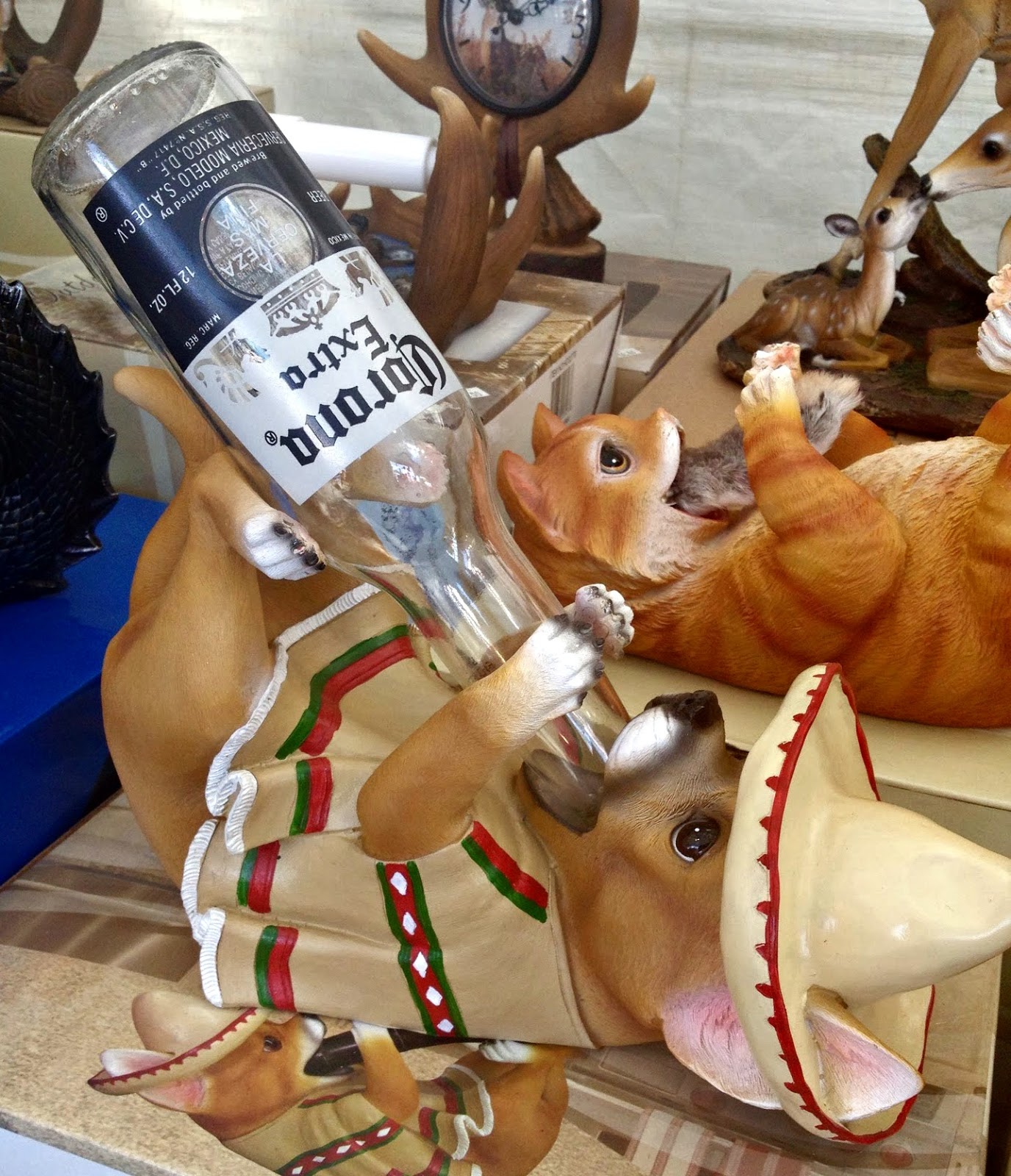 This was a rather popular find as well – we found 3 booths with these in all different animals – holding wine and beer bottles. This little guy cracked me up a bit. 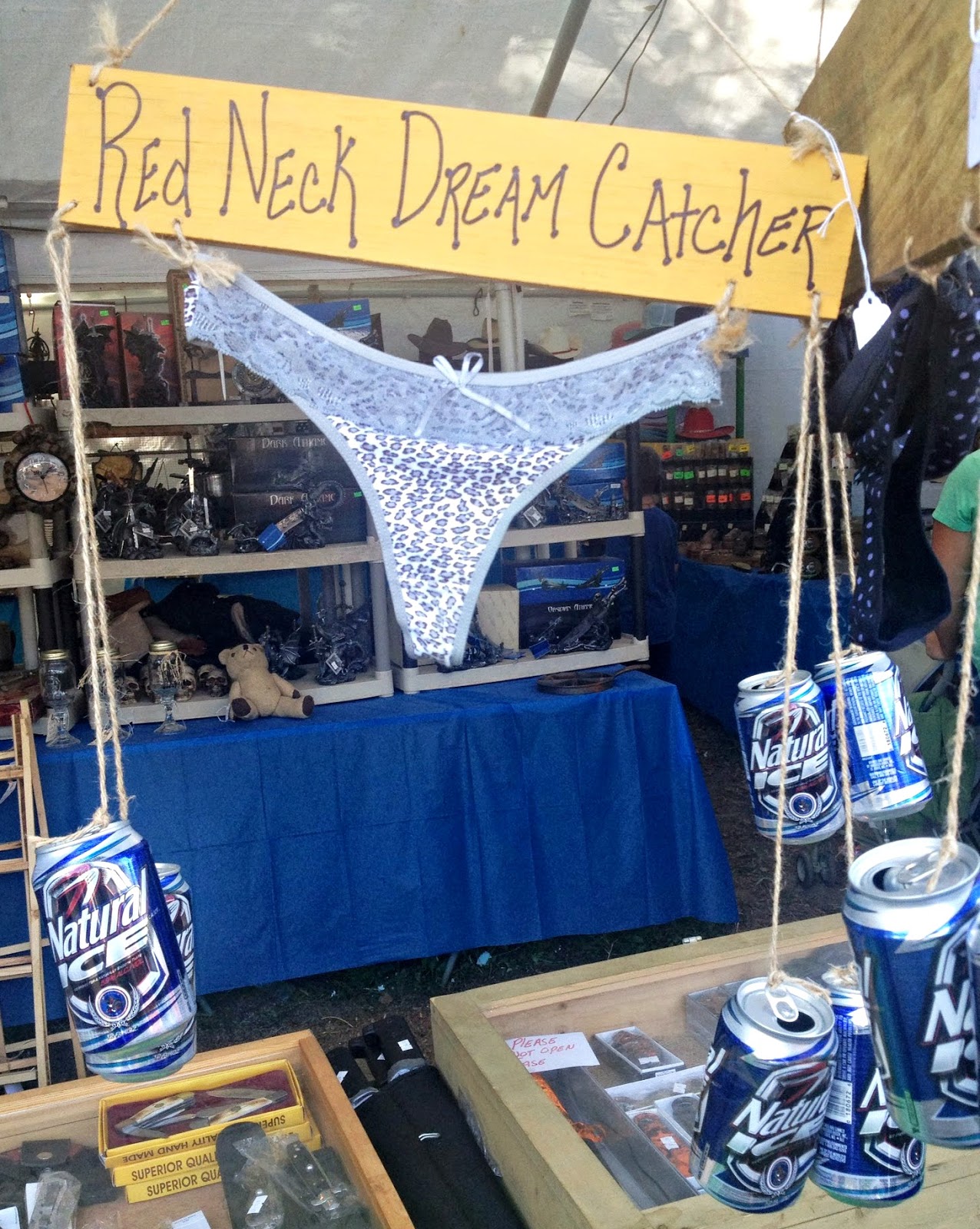 And then there’s this. Read it. Admire it. Take it all in. Two words: Hillbilly Heaven. 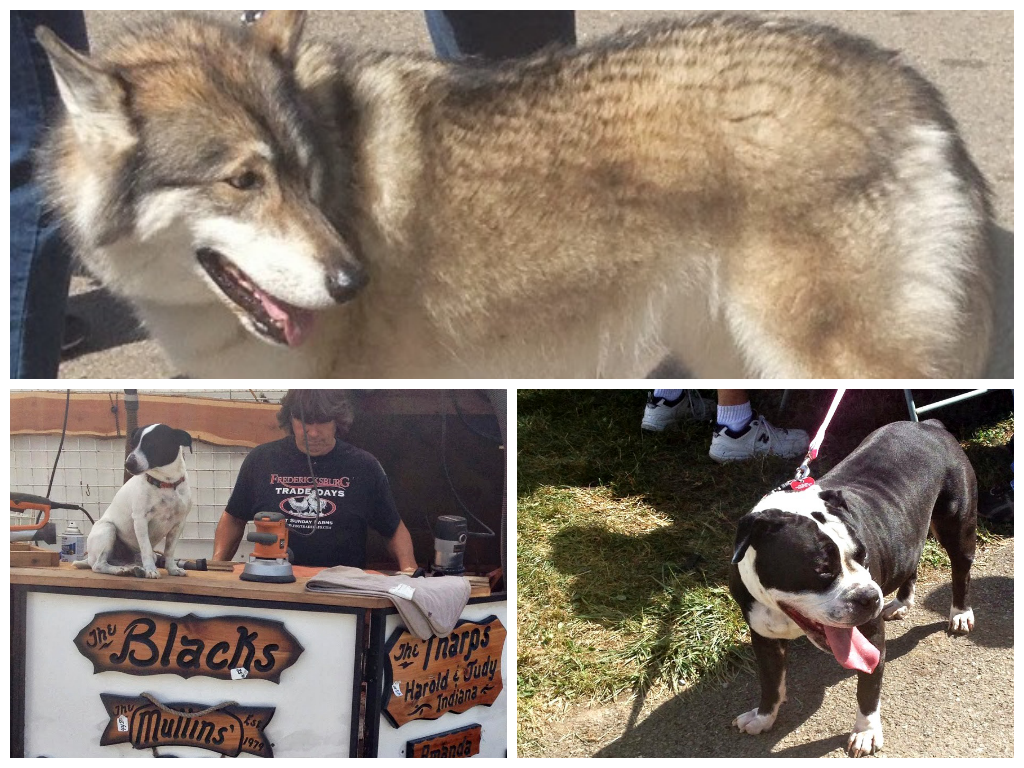 Oh the dogs!!! The top was a 1/2 wolf dog – not kidding – half wolf! So beautiful. The sign guy had this adorable jack russell that just hung out on his table all day. He was making the signs as you wait. And then – the big handsome bulldog – Larry is now obsessed with these guys – that is until he saw the amount of slobber they produced. Adoption averted. There were just a ton of dogs – it was fun! 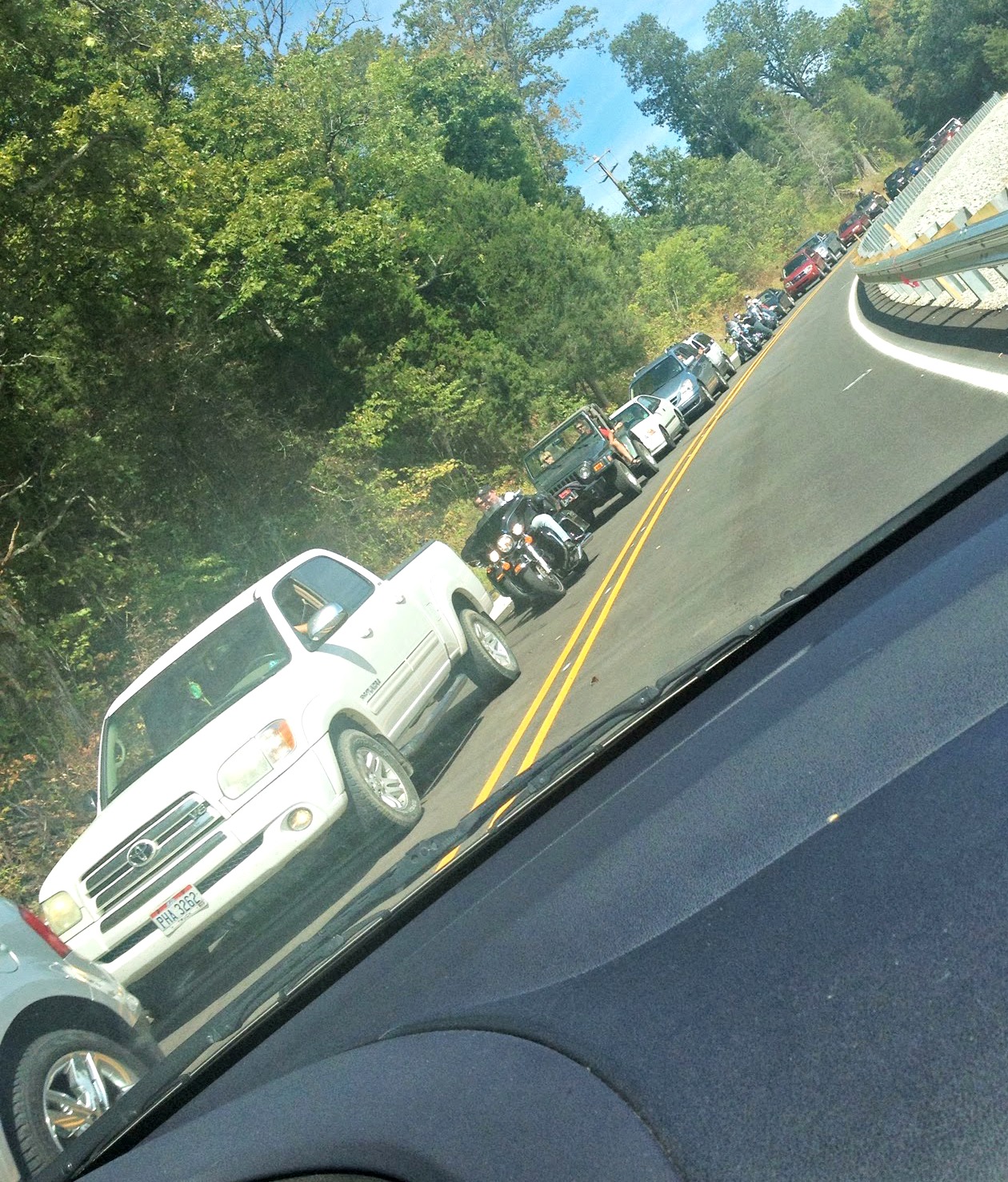 I will warn you – go early – or the line may drive you insane. You’re literally driving along this road and then bam – traffic jam. Traffic comes in from both directions and the hold up is that there is one parking lot, with one little old lady collecting $3 from each car. We waited about 15 minutes – the line when we left was going to have at least an hour long wait.