Subscribe
I was provided free admission to these attractions in exchange for a blog post.
All opinions are my own.
I’m in the swing of summer and really missing my vacation from last month! We went to Gatlinburg and Pigeon Forge (check out our awesome cabin!) and we had so much fun! There were so many activities between the two towns – it was hard to fit it all in! (Actually we didn’t – but we sure tried!)

First up was Ripley’s – they have 8 attractions in Gatlinburg! Everything from an Aquarium to Mini Golf and a whole bunch in between.

We took an afternoon to visit the Ripley’s Aquariums – the big bonus to this was the fact that it was INSIDE which meant air conditioning!

TRAVEL TIP: Visit in the evening! It’s not near as busy! 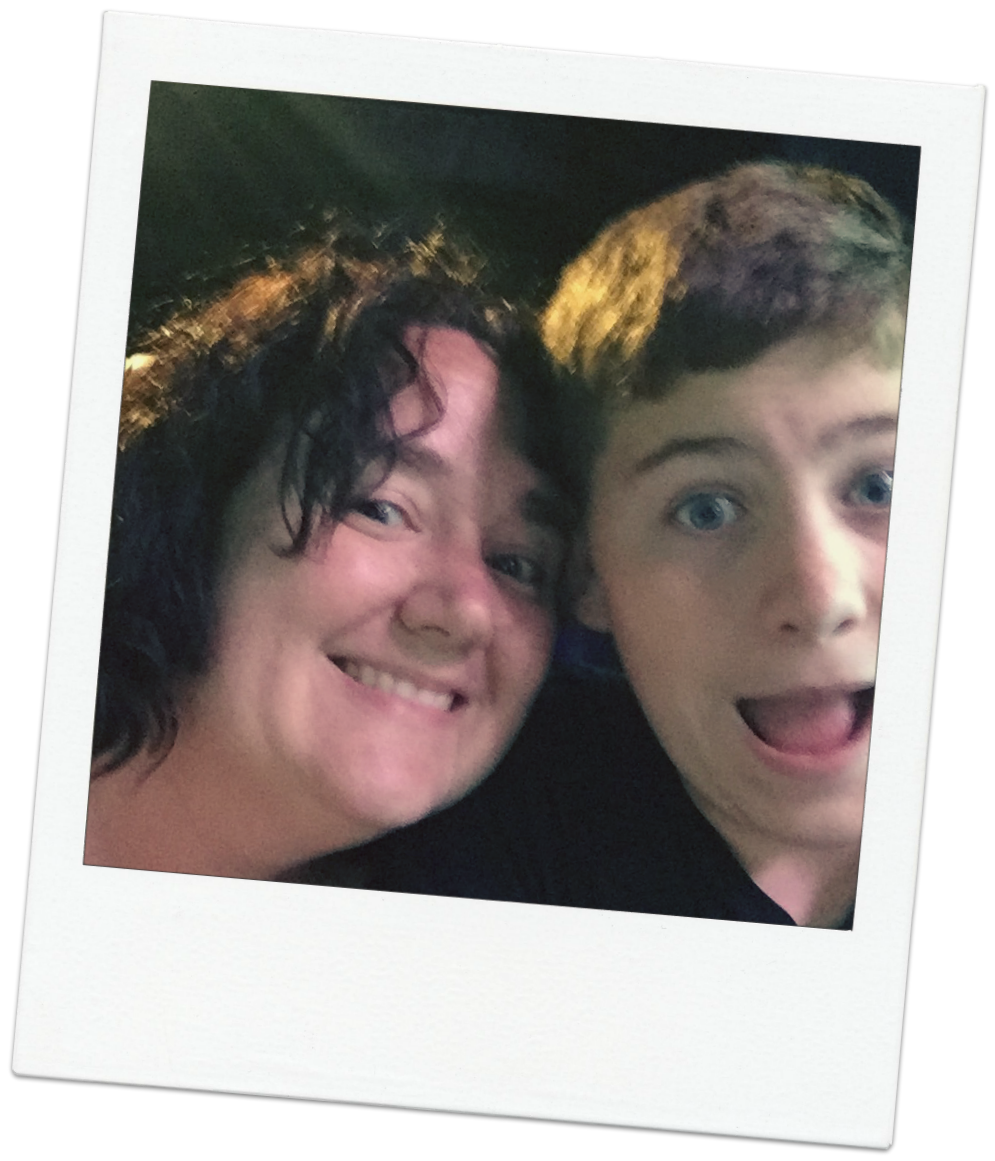 Here’s me and my buddy – it’s memories like that that made the vacation one of the best ever. 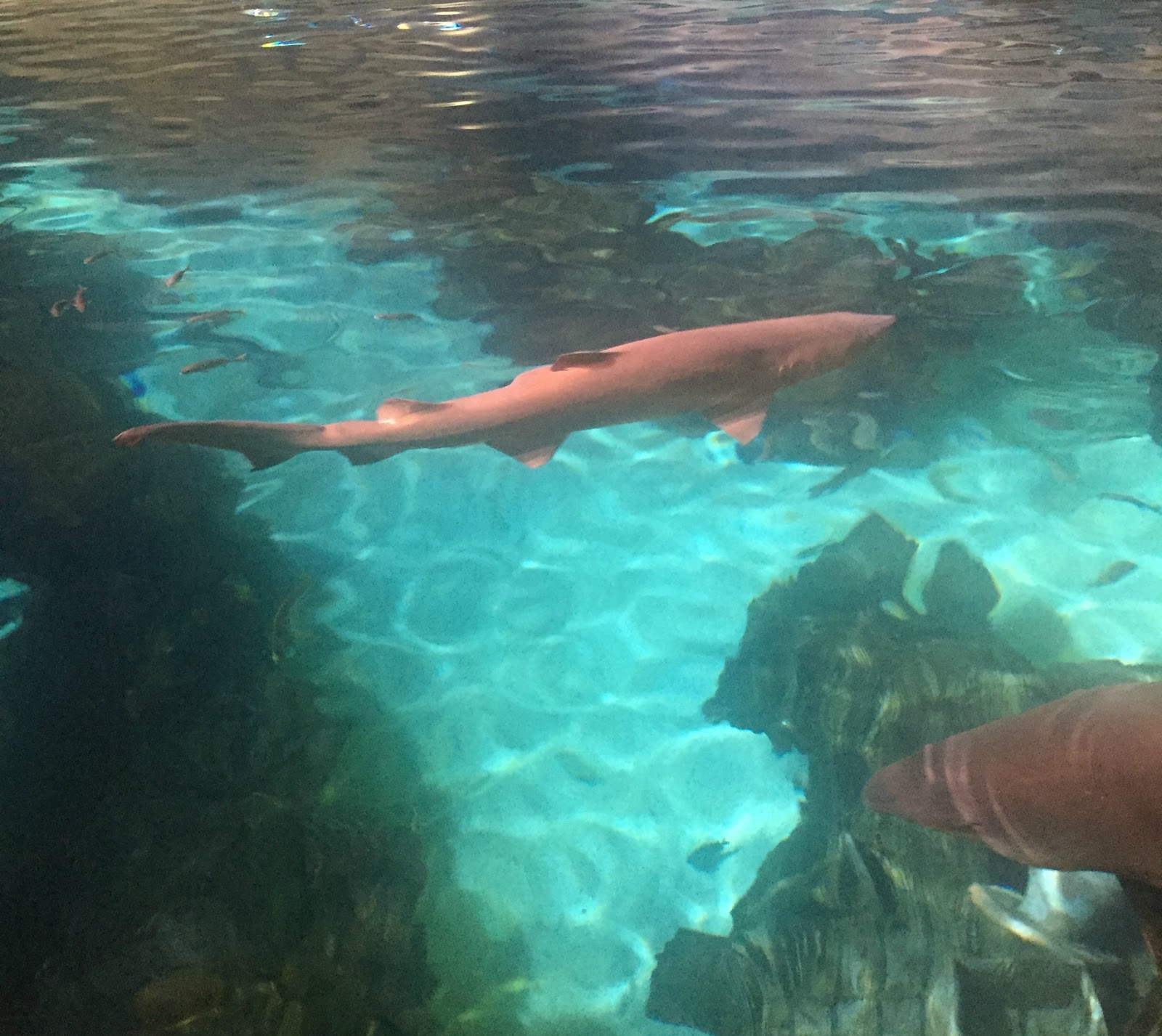 There’s a really large shark aquarium and it has a moving walkway that goes through a tunnel underneath the sharks. 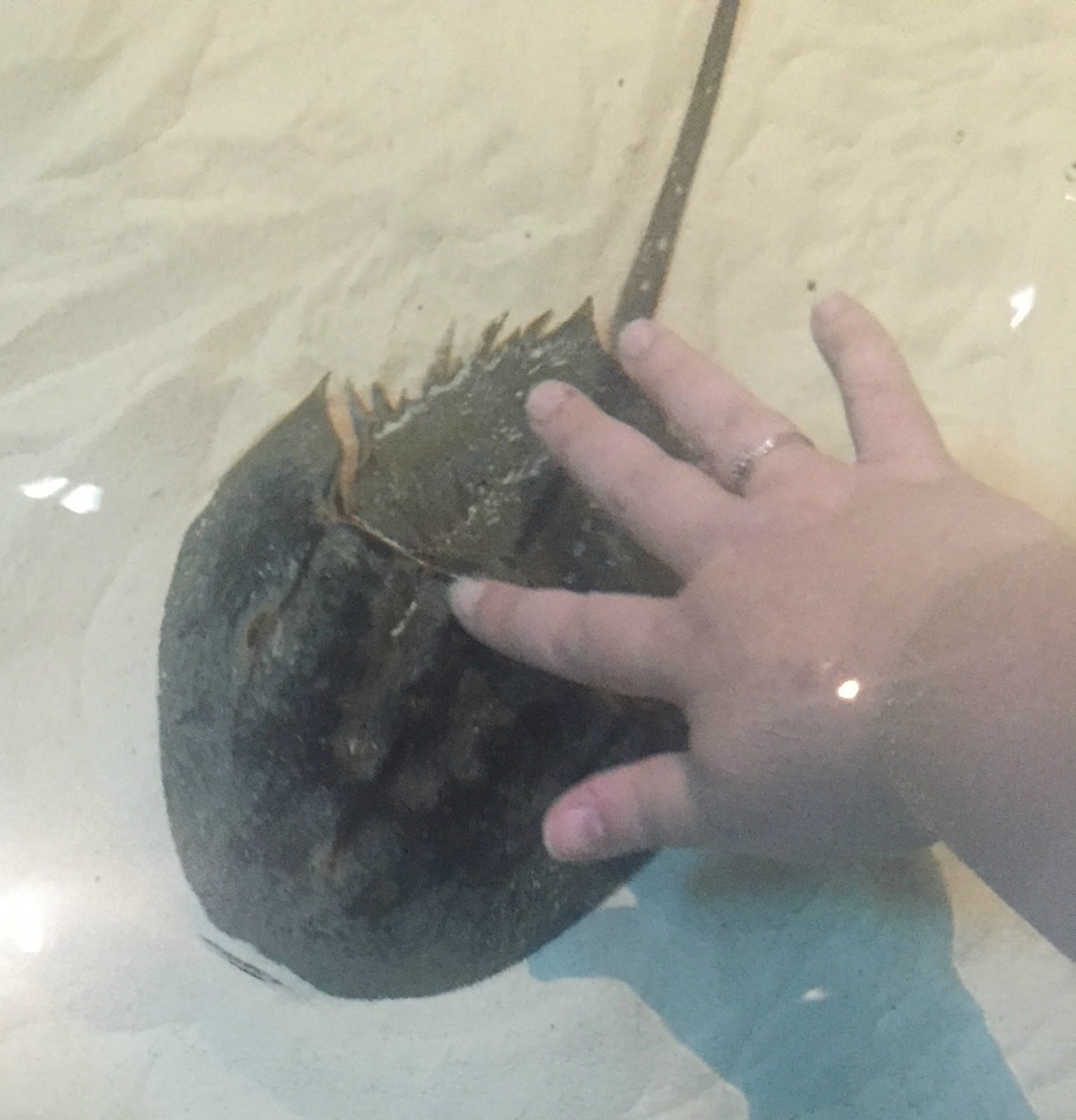 There’s also a bay where you can pet the little rays. 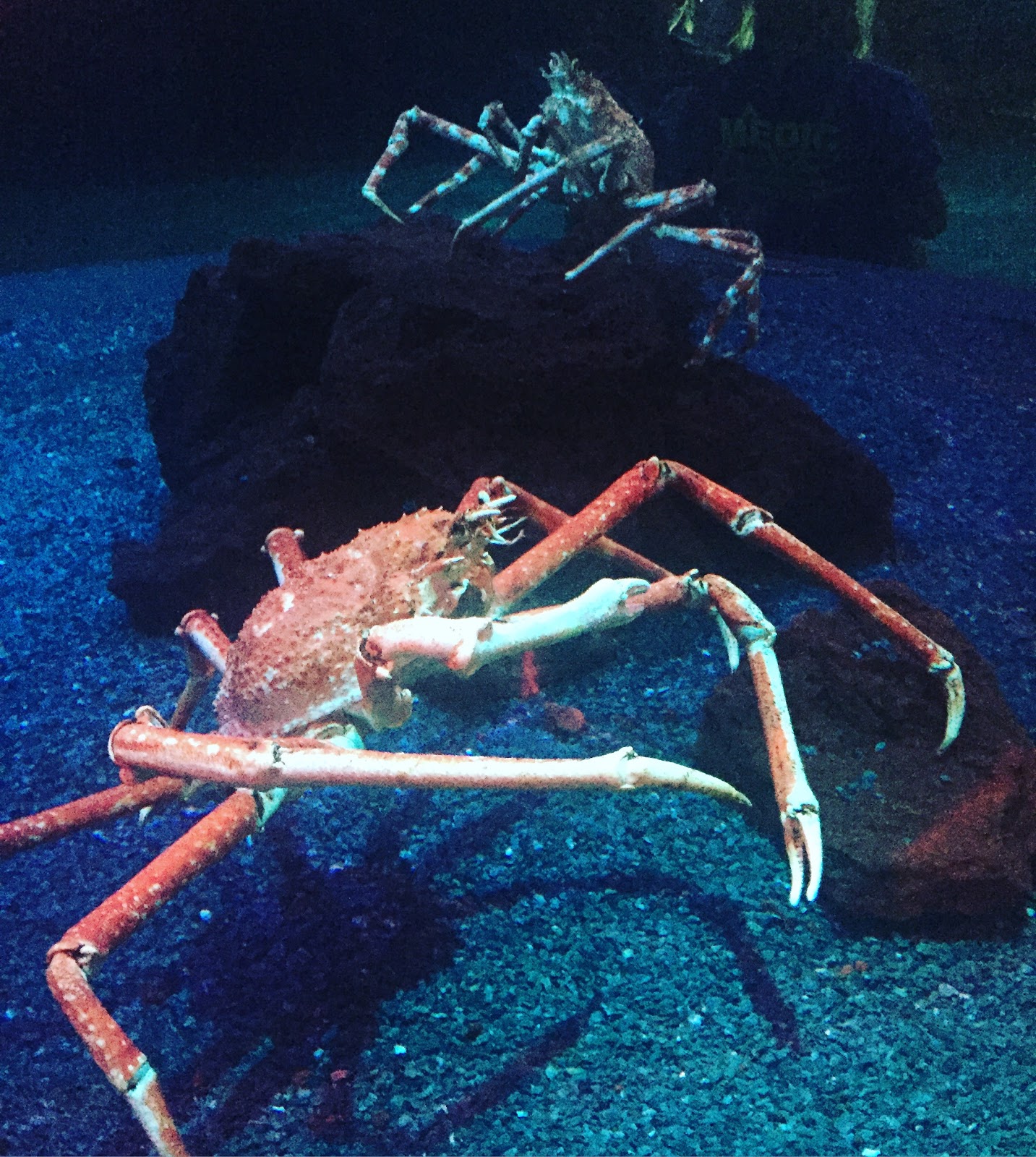 I saw dinner one night… 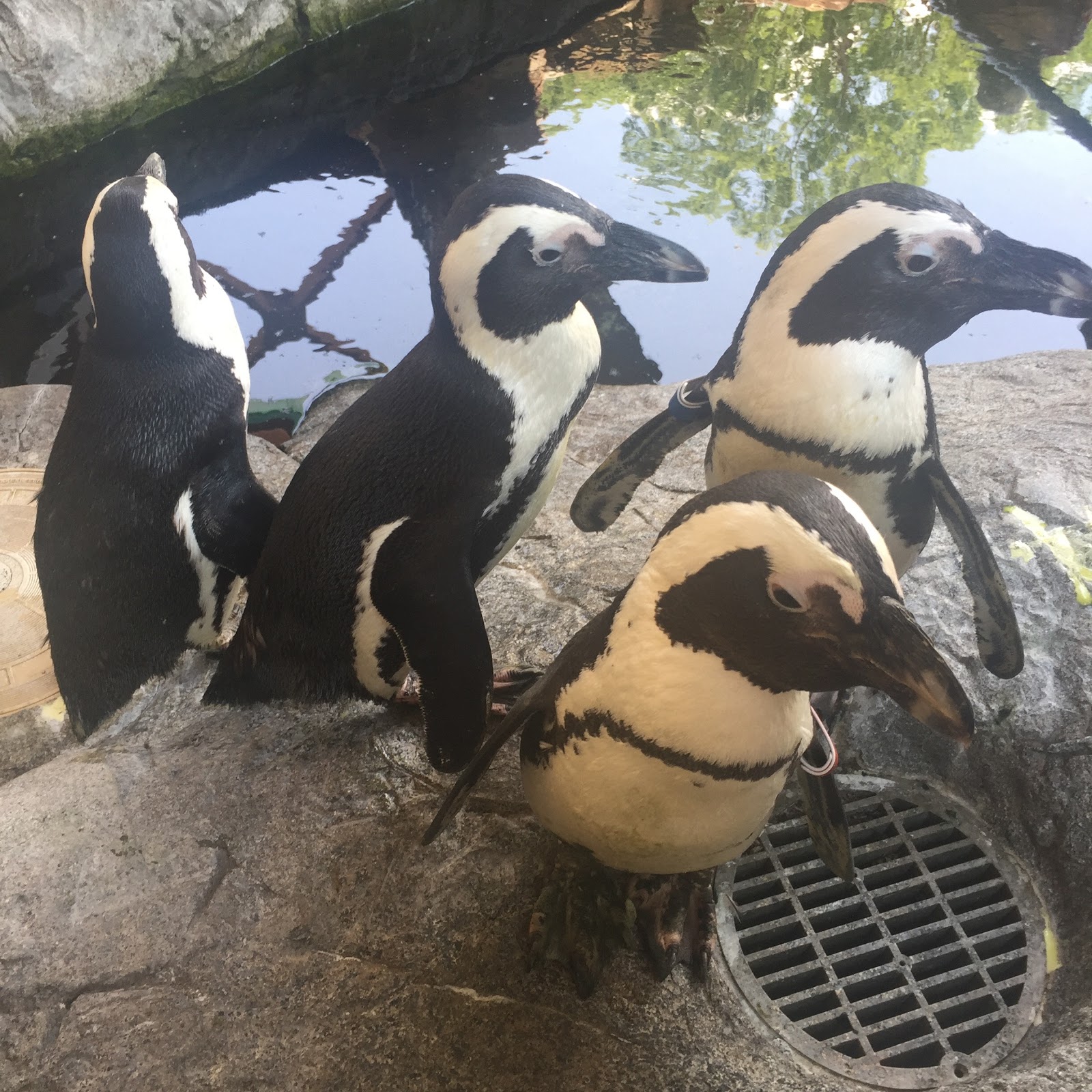 and little buddies getting hosed off outside!
All in all – if you’ve been to one aquarium – you’ve been to them all – they’re very similar. But if you’re not lucky enough to have one in your town – then it’s a great stop!

The Odditorium is definitely ODD. 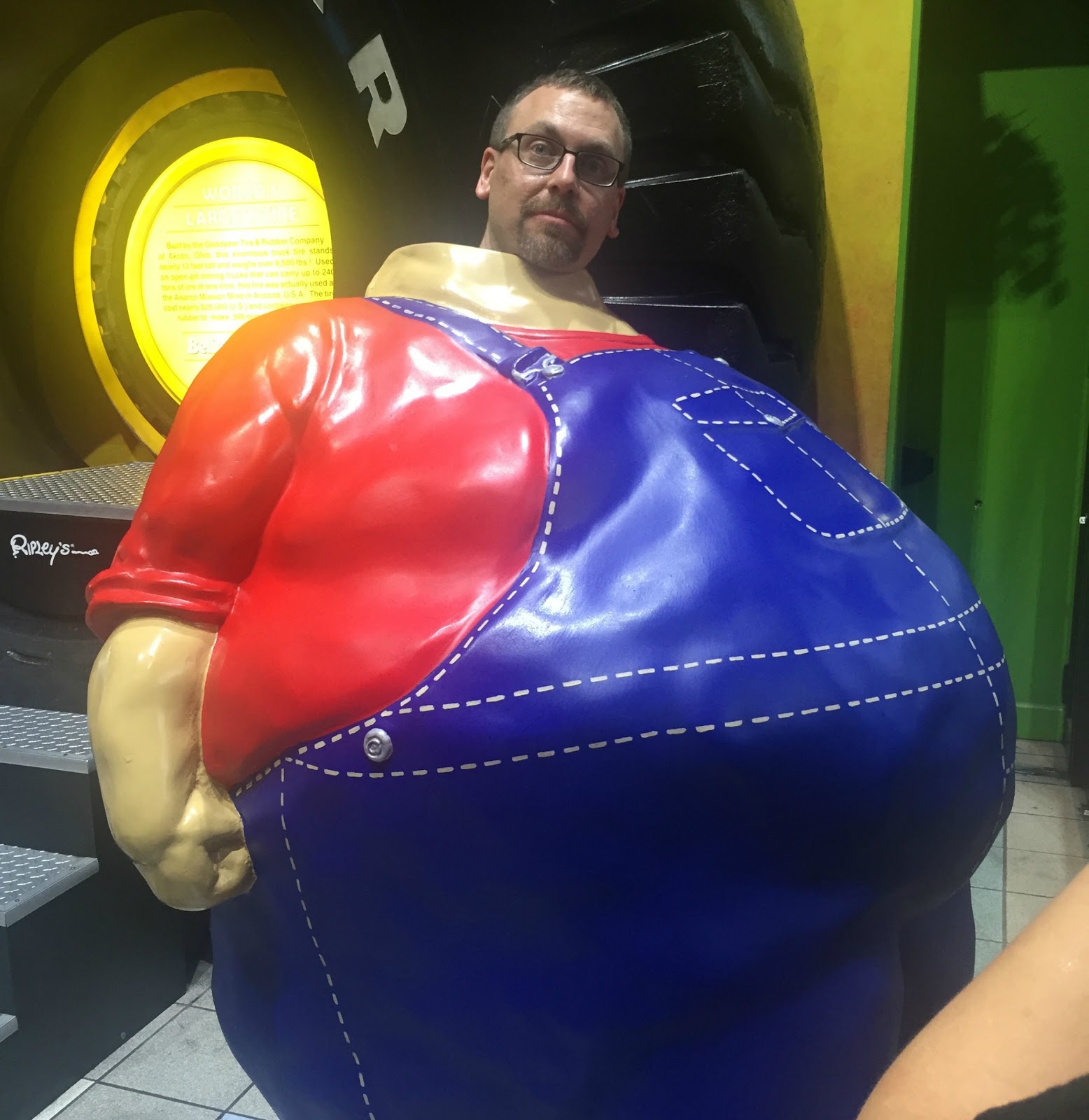 They have fun, odd things for you to interact with – like a big fat man… 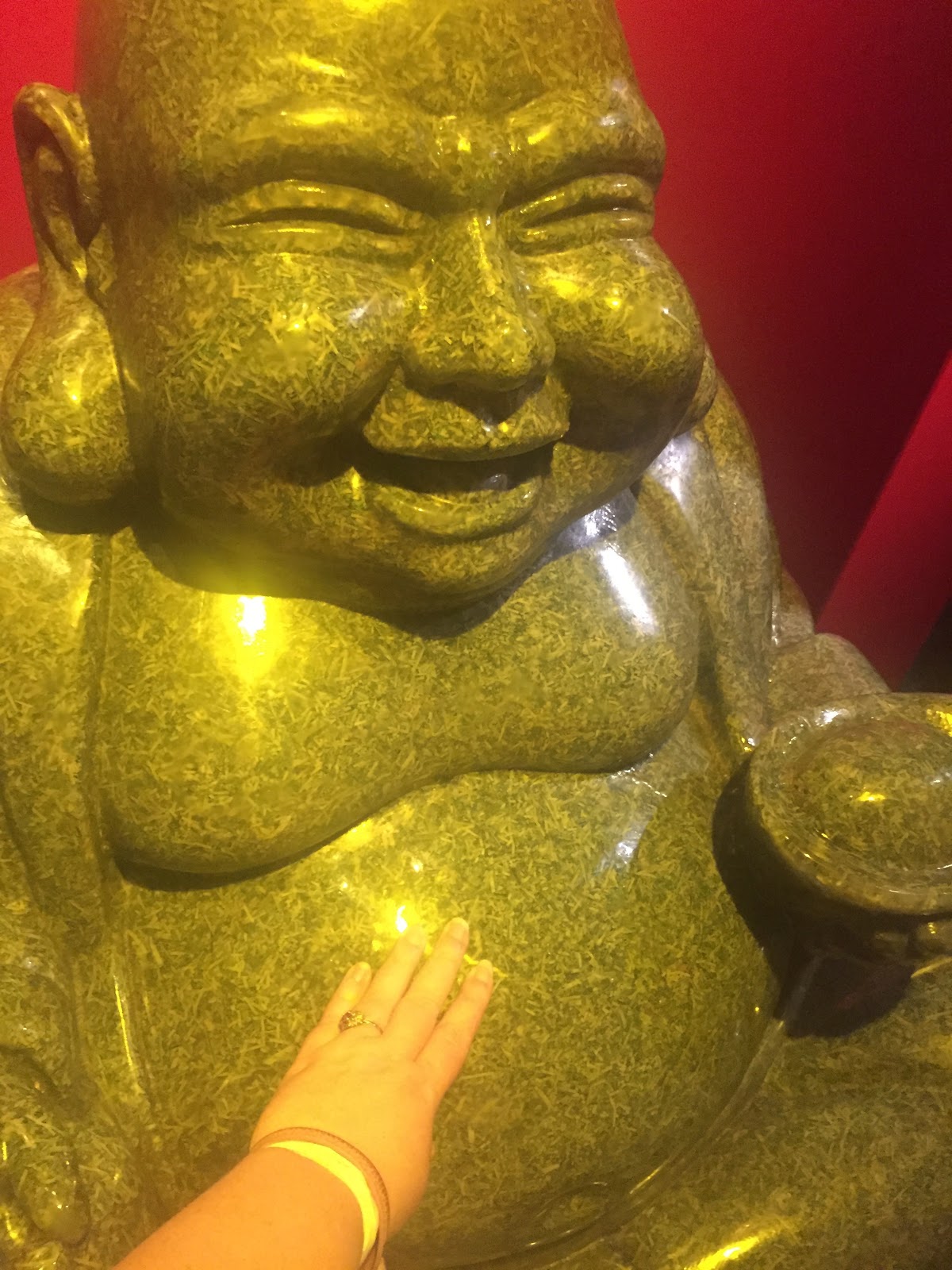 a Buddha whose belly you can rub… 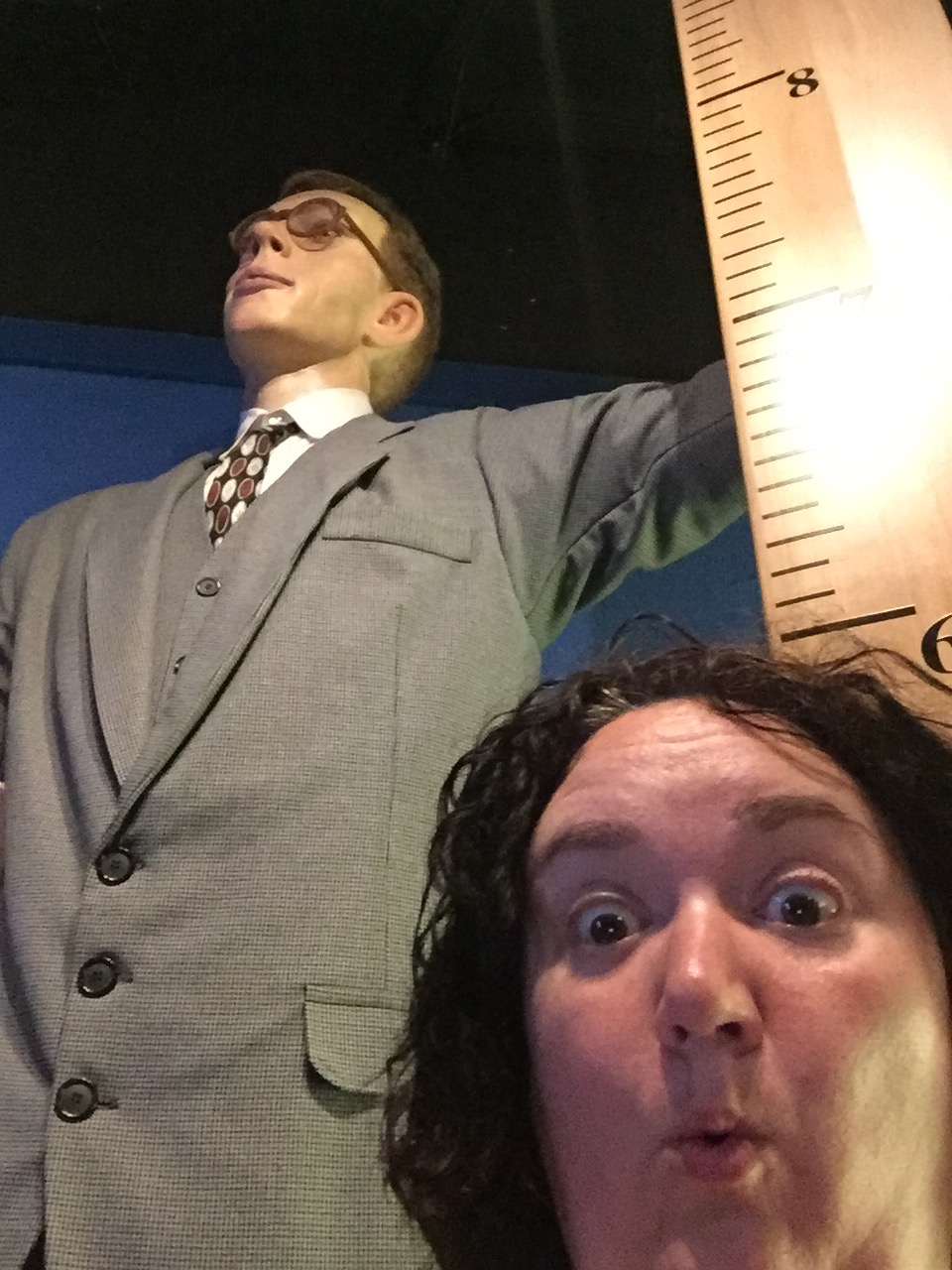 a replica of the World’s Tallest Man… 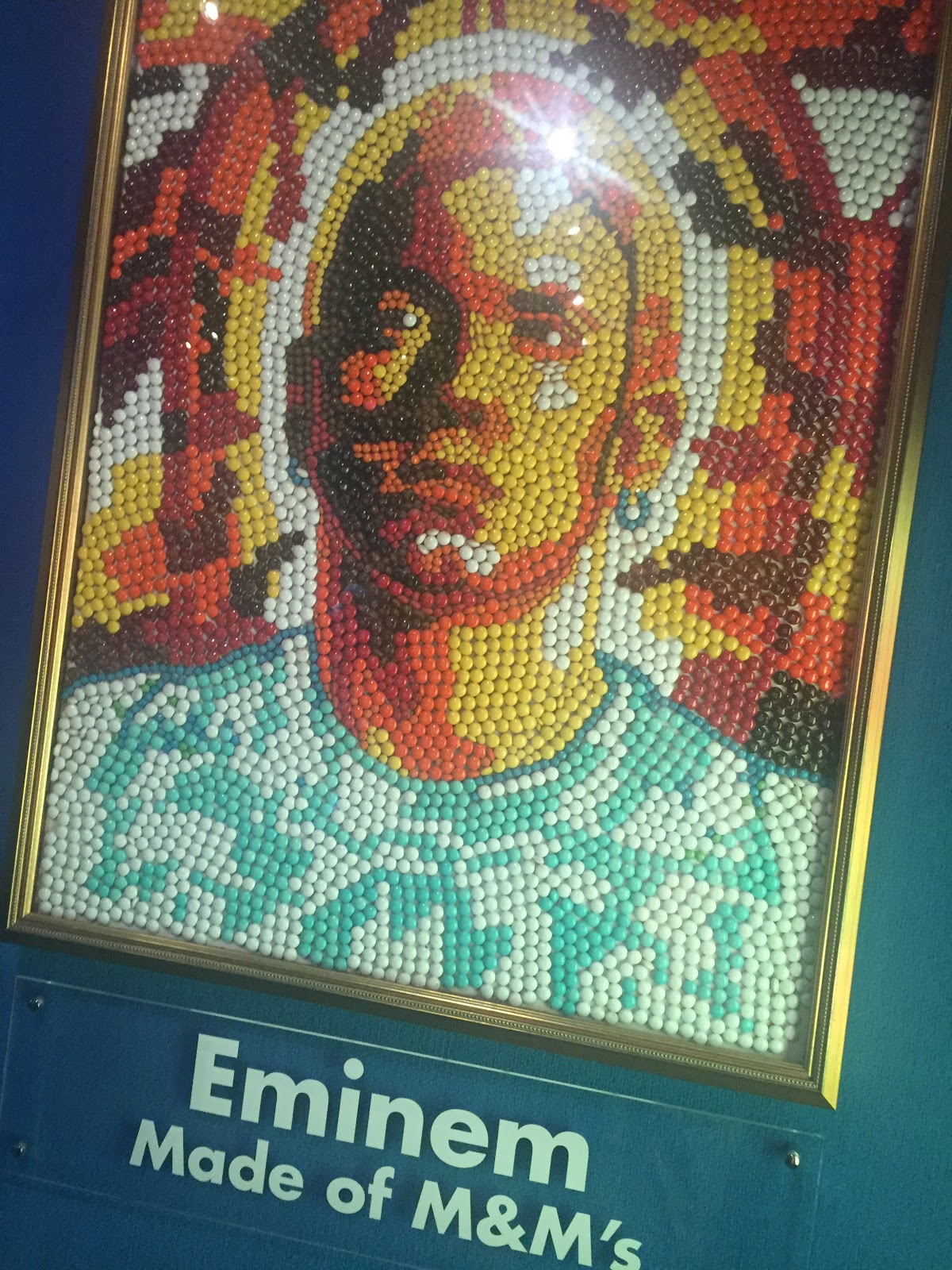 and the highlight for me – Eminem made of M&Ms! 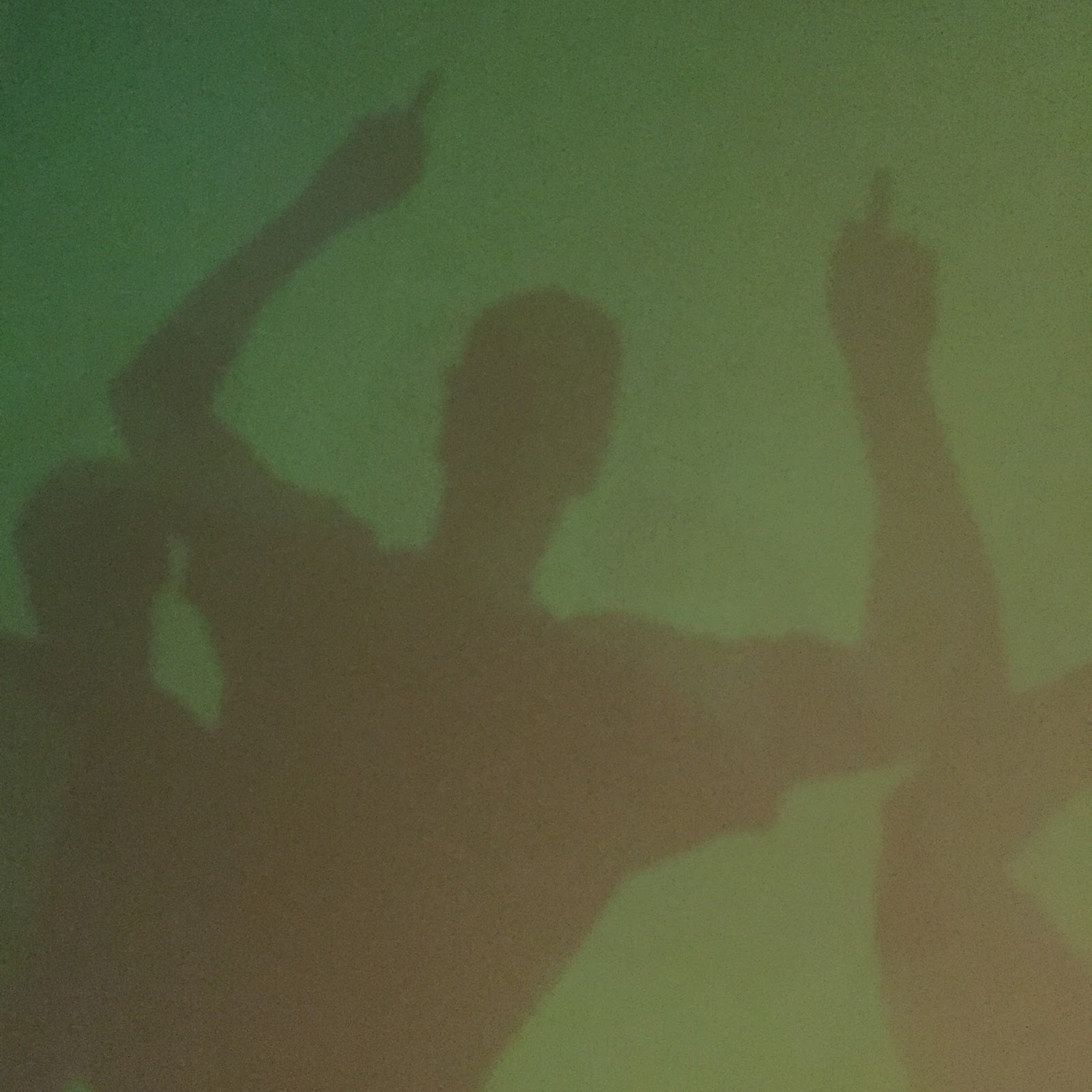 There was also a room where you could do dances and stuff and the light would basically snap a picture of your shadow on the wall. I’m not sure that’s really what the technology was but that’s the best I can do.

There was a lot more to the Odditorium but it wasn’t that interesting to us. If you like quirky things – check it out. 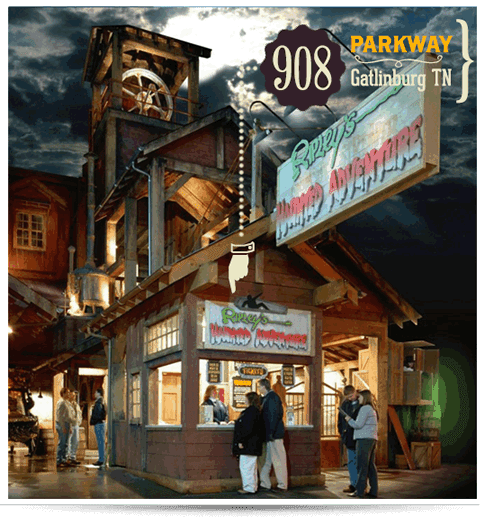 We also checked out Ripley’s Haunted Adventures. It’s on the main drag in Gatlinburg. You couldn’t take pictures inside. For me it wasn’t scary – but for the group behind us – it was terrifying. I’m not scared by fake objects – what gets me are real people jumping out at me. That said – for a building full of fake scary things and a scary story – it was pretty good. I did love watching it make Larry jump out of his skin a couple of times. 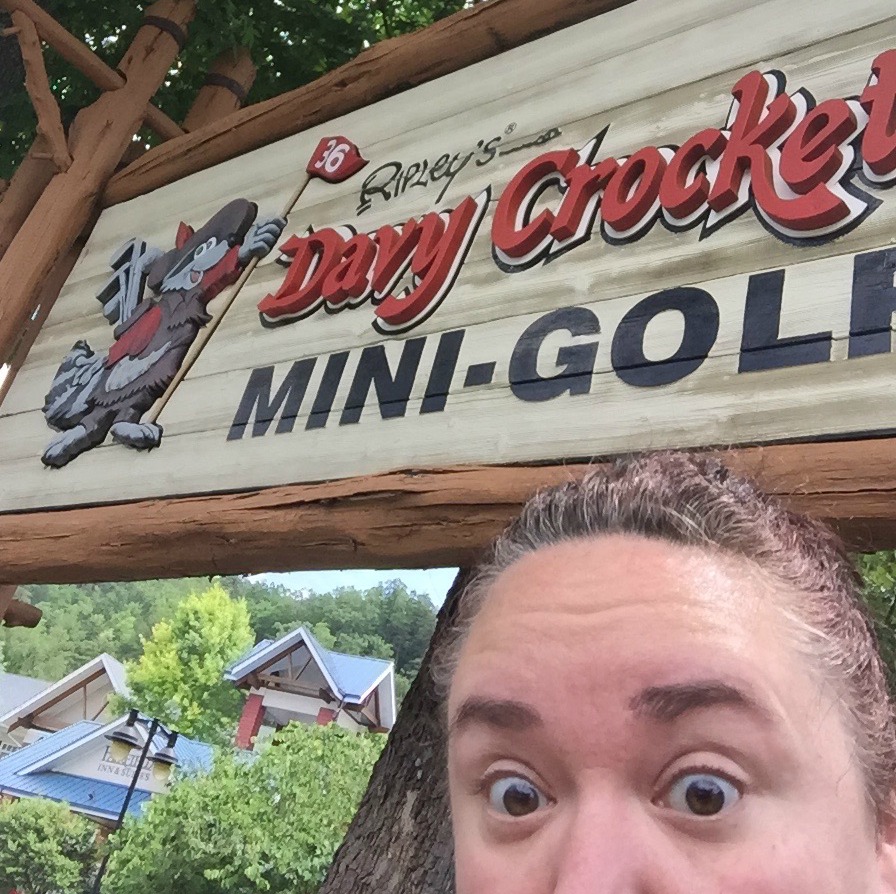 Last on our stop of the Ripley’s tour was the Davy Crockett Mini Golf. We heard great things about the one that’s on the side of a mountain but since we had free passes to this one – this one won!

And of course- my husband got a hole in one on the last hole. He’s that guy.

It’s a good course – actually two courses (easy & a little less easy). It was fun – there were little animated critters on the course. They also sell drinks and snacks – which was great in the heat. 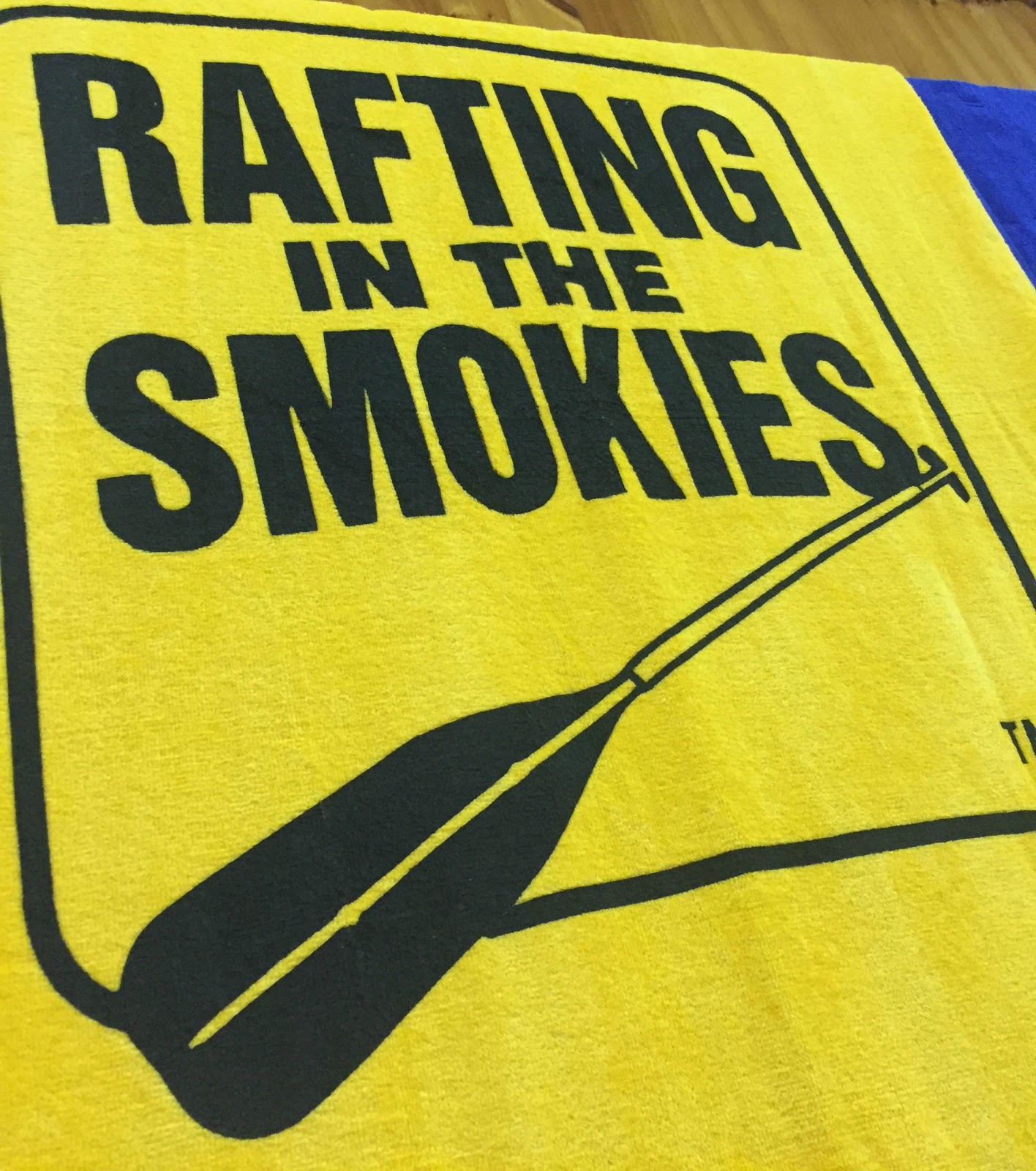 Thanks to Pigeon Forge Tourism we also got free Whitewater Rafting or Ziplining. I was SURE the boys would want to zipline but the minute I said “rafting” – they all went “YEAH!!!!” so rafting was the choice. 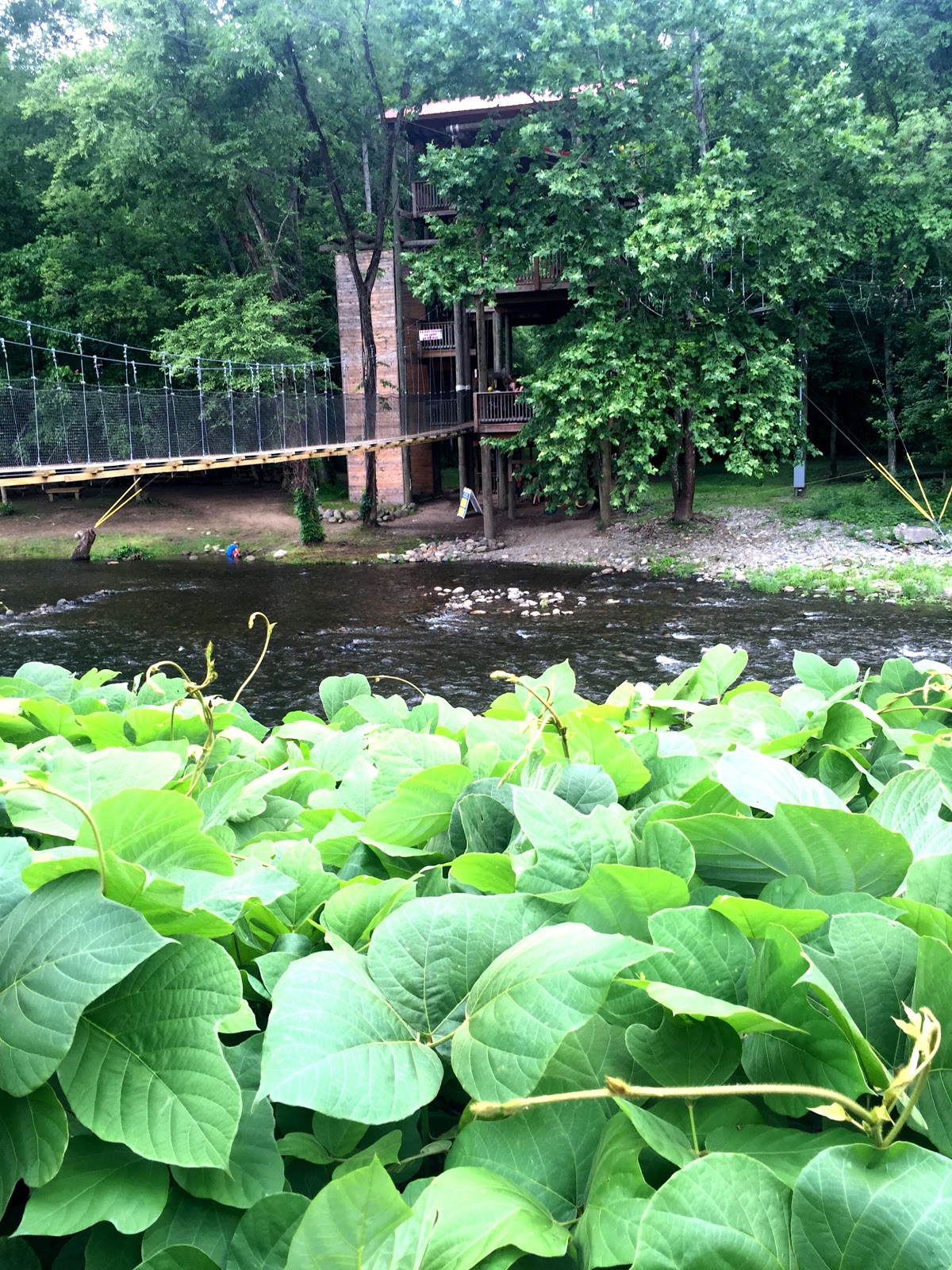 It’s about 45 minutes from Gatlinburg but it’s a pretty drive and worth it – this was the boys favorite thing from the trip.  There was a food “truck” of sorts in the parking lot so we could grab a bite and they sold water shoes (and anything else you could need) in the store. The water shoes were only $10 so they didn’t even gouge you – which was nice! 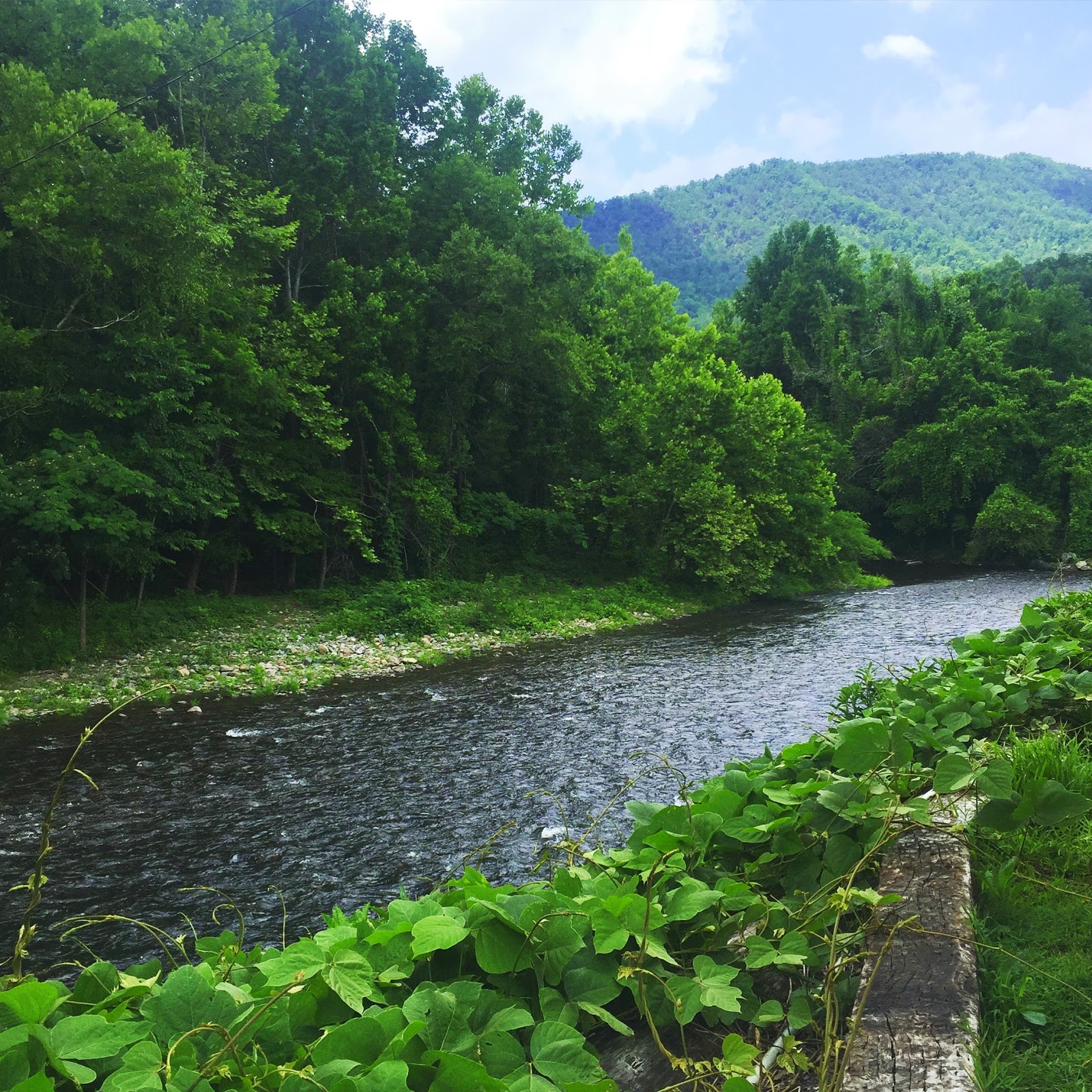 It was gorgeous scenery – even in the heat. 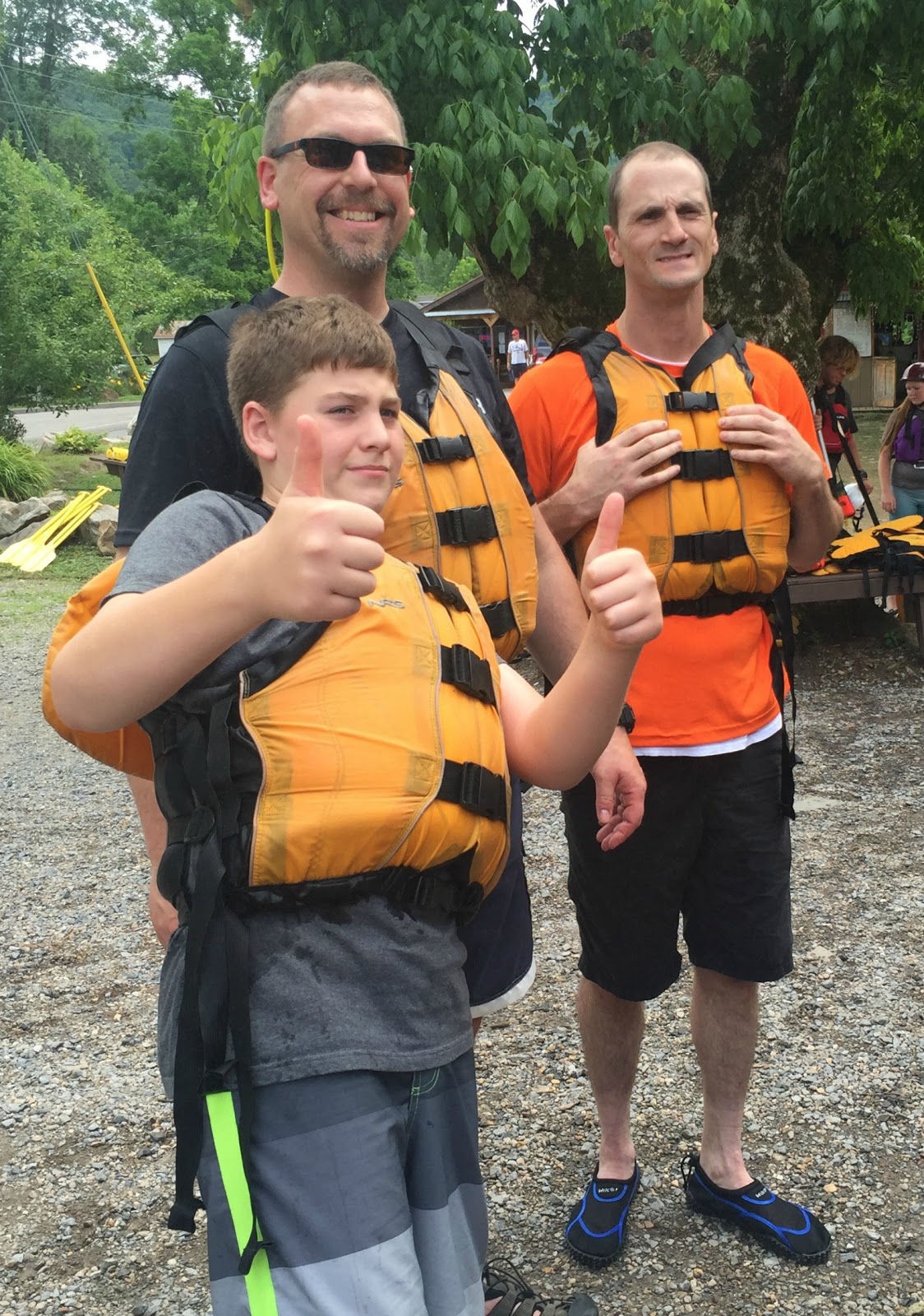 Now – Amy and I were being wusses so we let the boys do this one on their own. We didn’t know that there were two routes – the adventurous one they went on and the wuss route for old people and children. We definitely realized we could have done the wuss route! 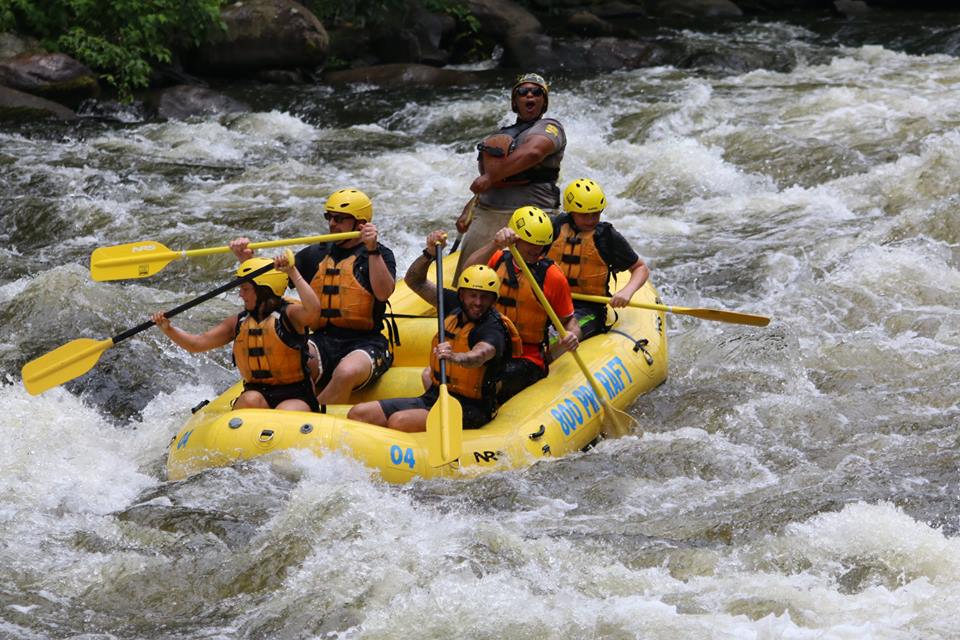 The boys had SO MUCH FUN – if you can’t tell by the photo – their guide was a hoot! She was fantastic and they raved about her. We bought the zip drive of photos – it was like $25 for 1 pic or $35 for all 8 – so it was worth it. The pics were great! And while the boys were rafting – we were drinking!! There’s a winery across the road so we walked over for a tasting! Besties since 1976! (Dating myself there…) 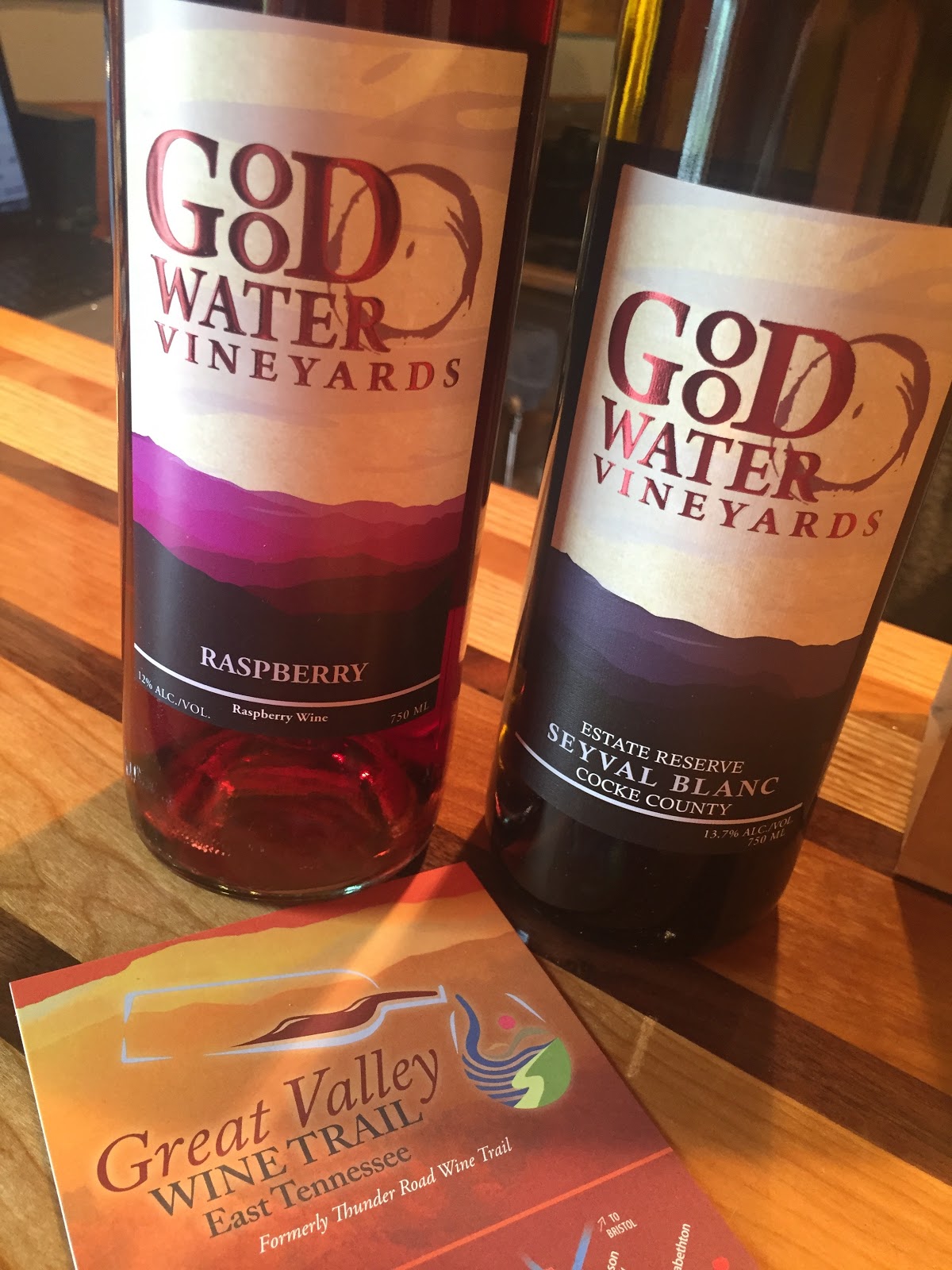 Good Water Vineyard was nice – Amy took home a couple of bottles – I didn’t love any of the wines but they were nice. They really had better reds – and I’m a white wine drinker… (This we paid for on our own.)

We had a fantastic time in and around Gatlinburg. Downtown Gatlinburg is a walking area – there are kind of the same stores every block or so – lots of airbrushing t-shirts, tattoo places, fireworks sales, cellphone cover stores, ticket sales, etc. There’s also lots of food on a stick (footlong corn dogs!)! There are a few Moonshine places as well – we went to Old Smokey Moonshine – they have free tastings during the day (yes free booze). The parking fees are crazy – so if you aren’t staying in downtown Gatlinburg and you drive there – plan to go for 1/2 day or more to get the most out of your parking $$. There’s plenty to do – so you won’t have any shortage of options. I truly enjoyed downtown Gatlinburg! They also have a trolley that stops all over – so if you’re staying down there you can catch the trolley.

Pigeon Forge Tourism also provided us tickets to try out The Track – one of the many Go-Kart facilities in Pigeon. We had a great time here – I found much more enjoyment as a passenger – the driving stressed me out. Everybody else liked the driving. We also did bumper boats with spray guns – that was a lot of fun too!

If you go to the Pigeon – I think it’s pretty much mandatory that you go-kart and putt-putt – so we did both. They also have these “mountain coasters” but we couldn’t fit them in. I even bought a pair of cowboy boots! There’s a place that has buy 1 get 2 free – so Nick, Amy and I each got a pair – averaged out to $100 each – not bad!

This should get you started on your plan for Pigeon Forge & Gatlinburg and if you have ANY questions – let me know!!!