I guess we could say 2013 has been the year of the alcohol tour. We’ve done bourbon tours at Buffalo Trace, Town Branch and Makers Mark. Brewery tours at Rivertown and Mt. Carmel. Cincinnati Underground tours with the Brewery District and now American Legacy Tours. 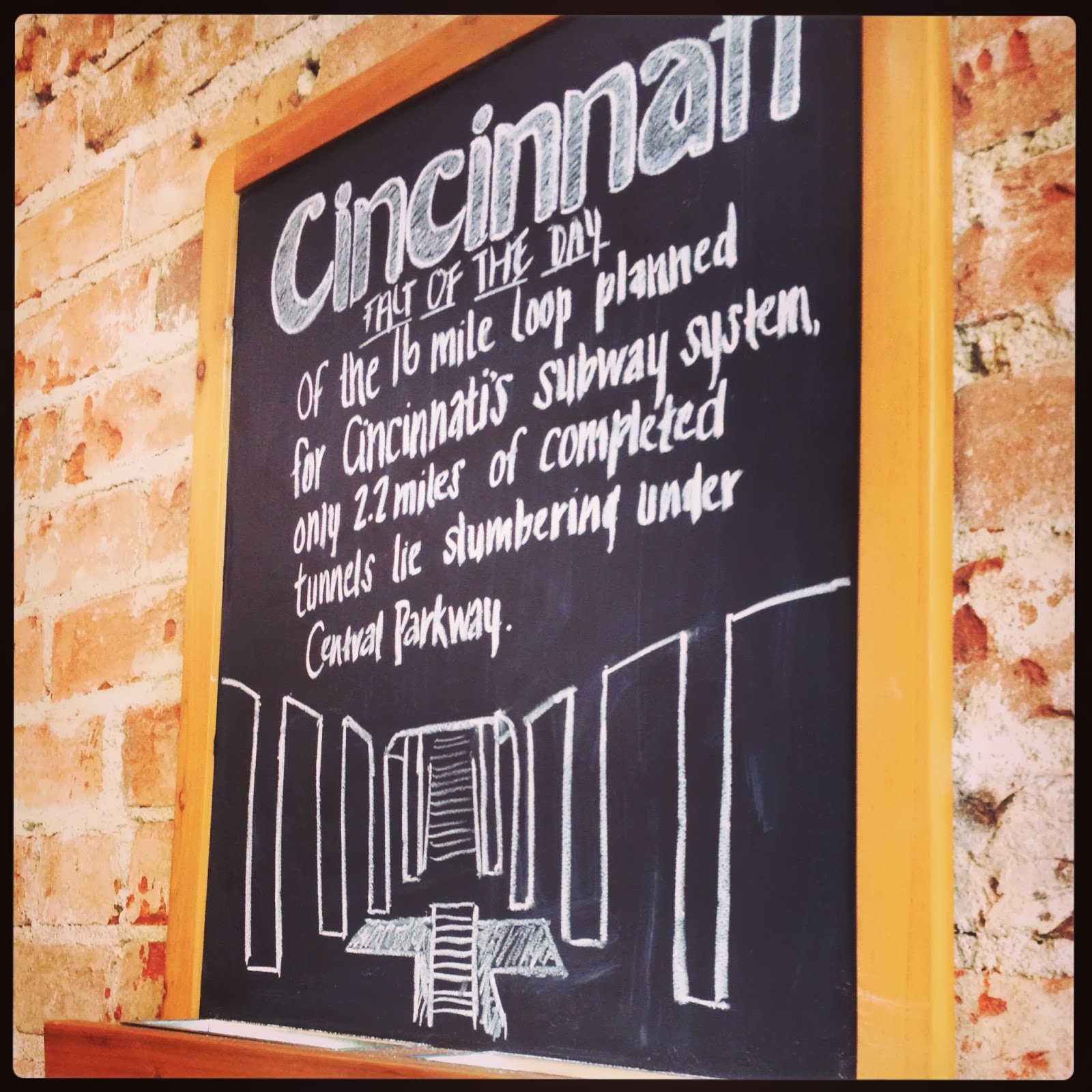 And here’s a Cincinnati fact of the day: of the 16 mile subway route that was planned – only 2.2 miles was completed and lies slumbering under Central Parkway. 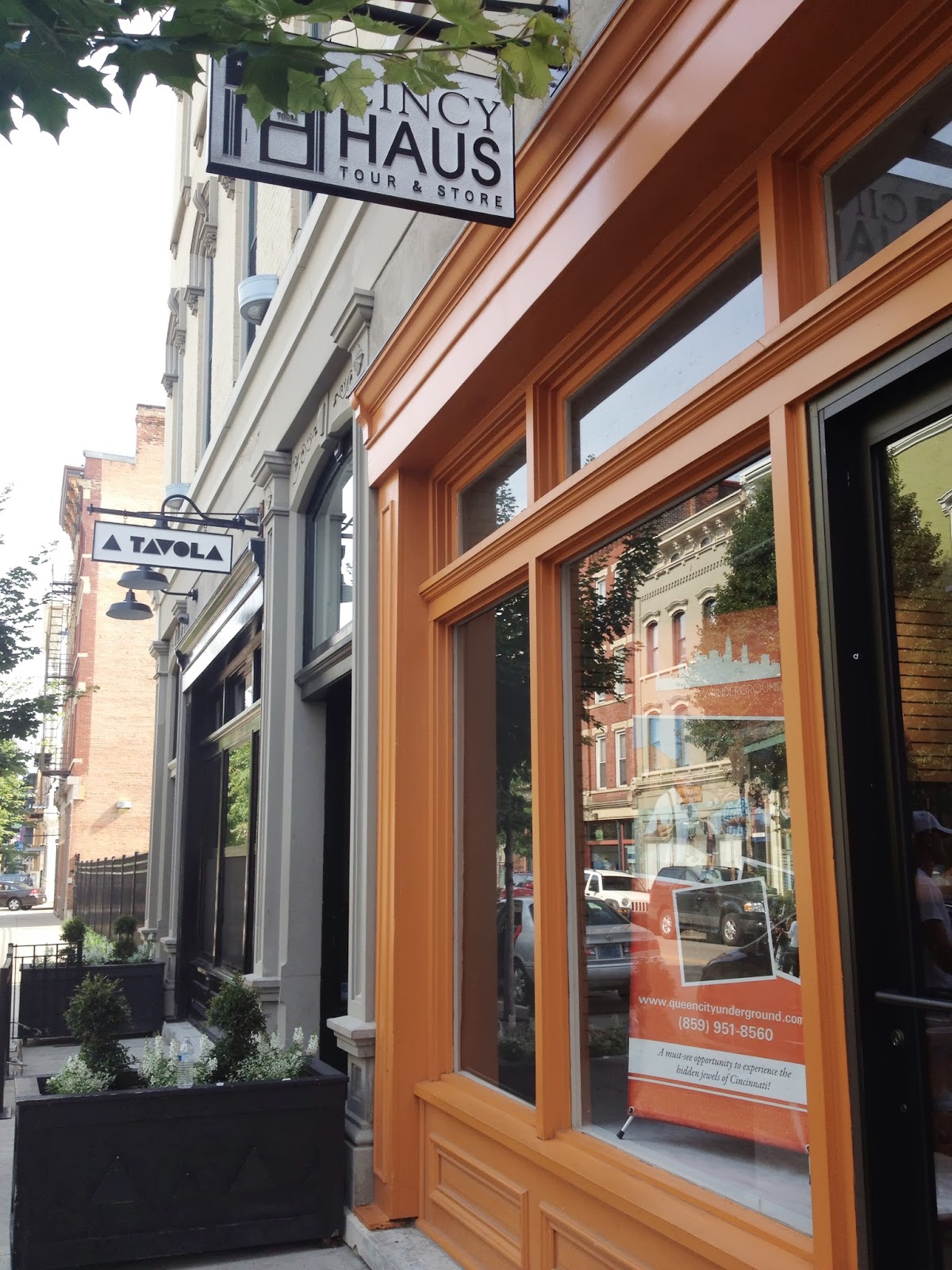 American Legacy Tours are based out of a bricks and mortar shop at 1218 Vine. They have a few things for sale in the shop like art, books and post cards as well as tickets for their other tours. The crowd meets there for the tour and then off we go!

The Underground Tour was going to take us on a tour of brewery spots, hidden crypts and more! 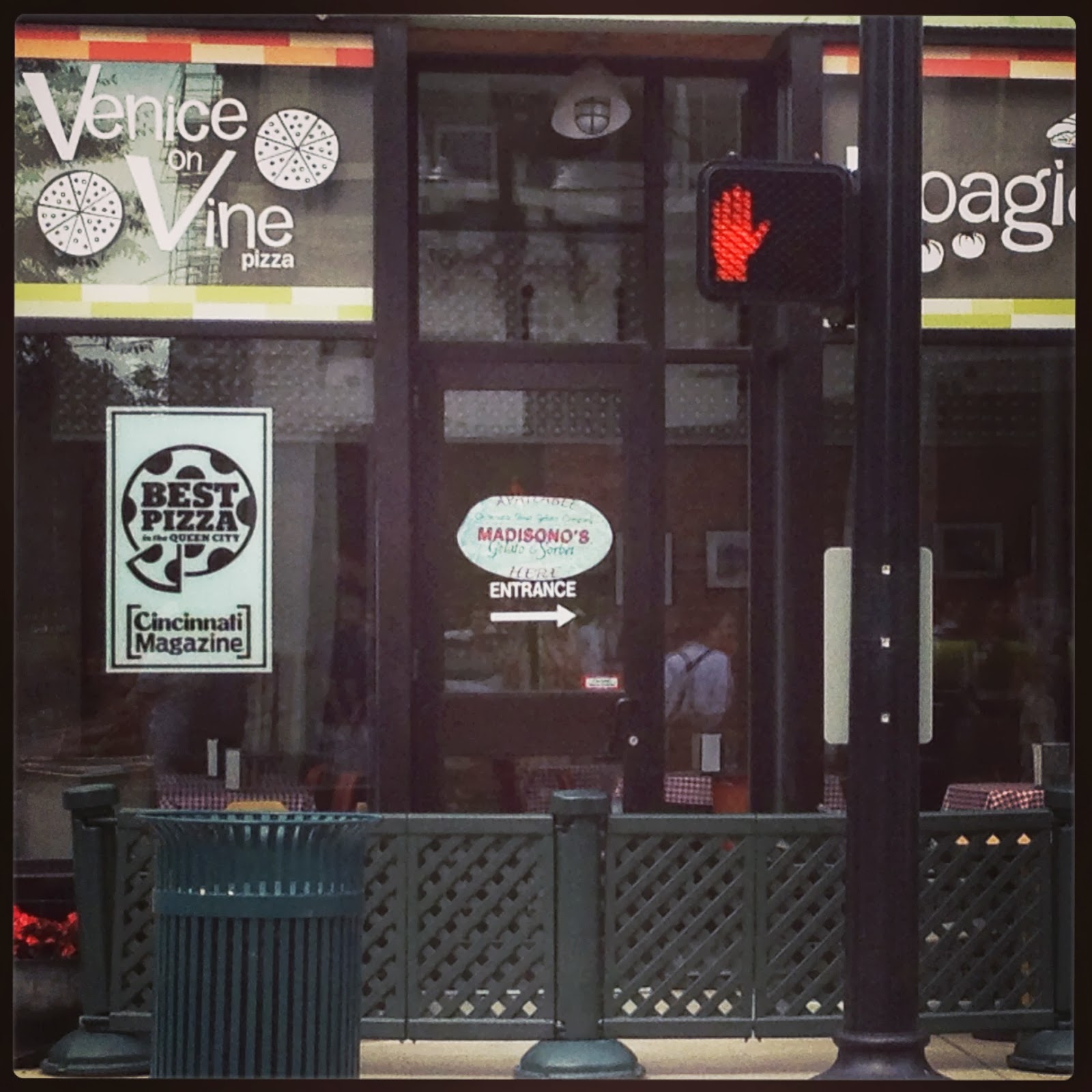 We heard a lot of fun facts on the tour – like the fact that this used to be the spot of a theater where Buffalo Bill performed! There’s a longer story behind it – but I don’t want to give all the secrets away. 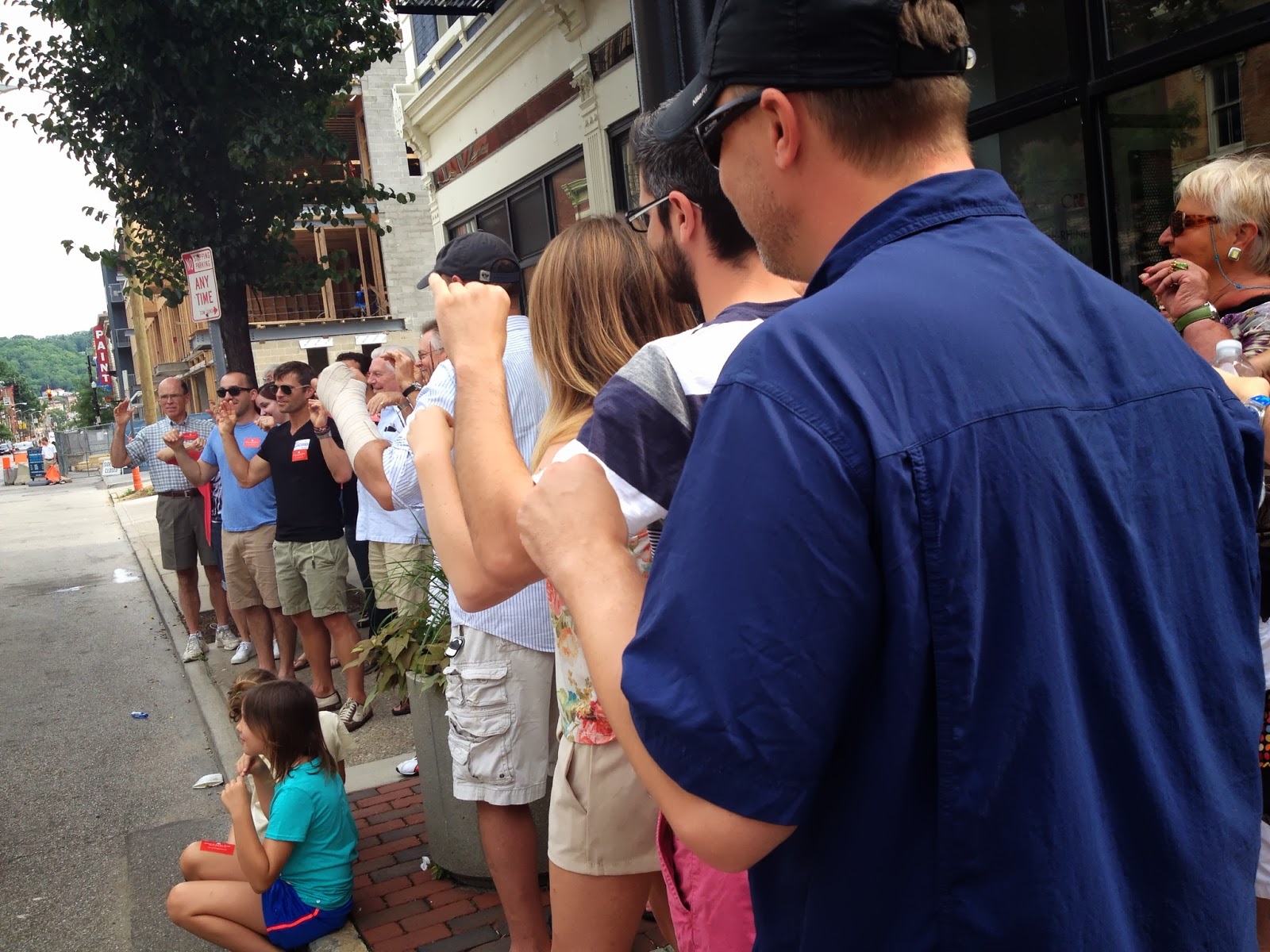 And somehow they got all of us to do the Chicken Dance on the corner of Vine. Trickery abounds! 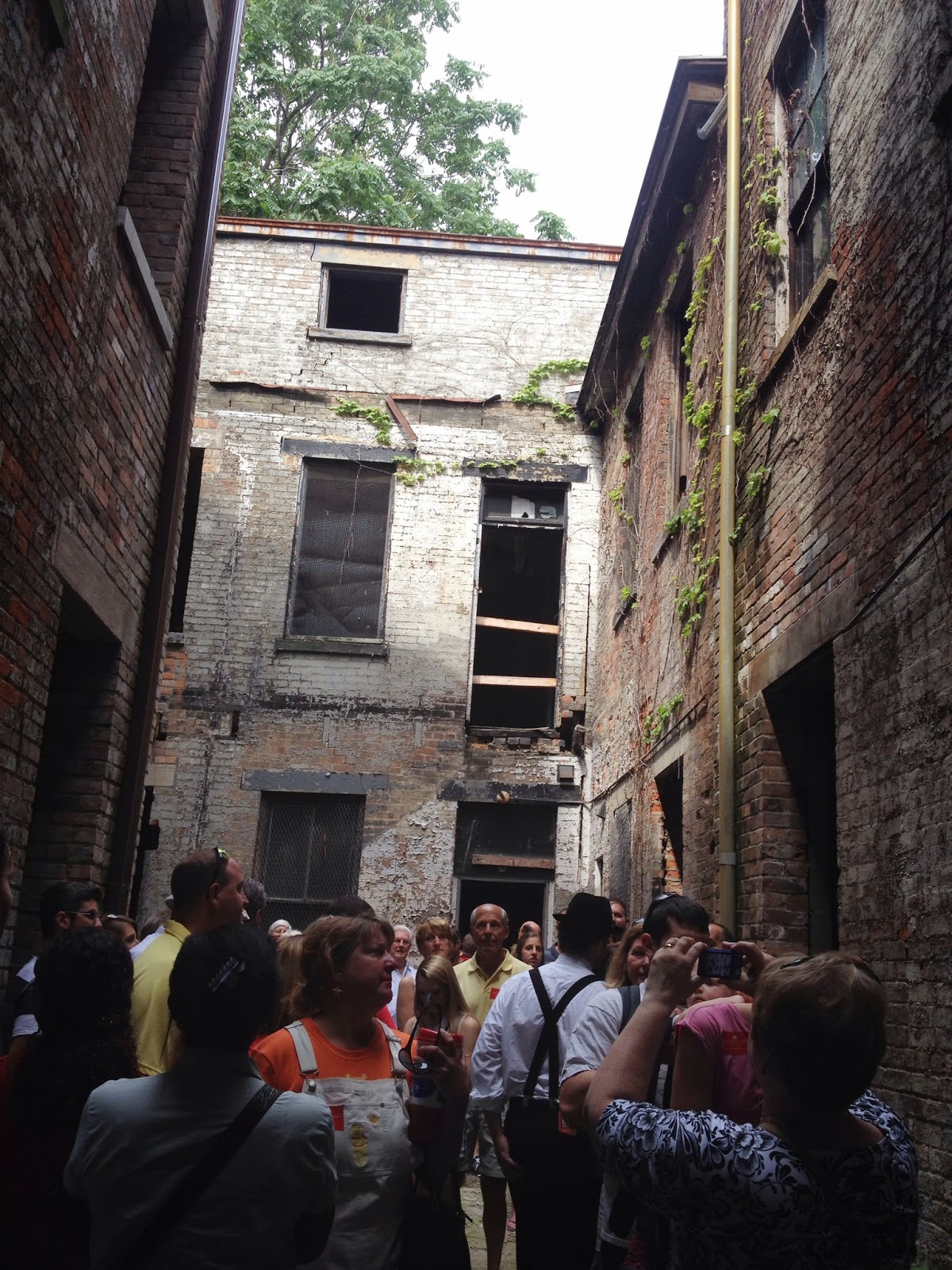 We also got to tour a tenement building that was used by the German immigrants that worked in the numerous breweries of OTR. It was very sad to think of multiple families living in these tight quarters without air conditioning or showers!!! The building is extremely dilapidated now but has been purchased so it will be on the list for rehab very soon. 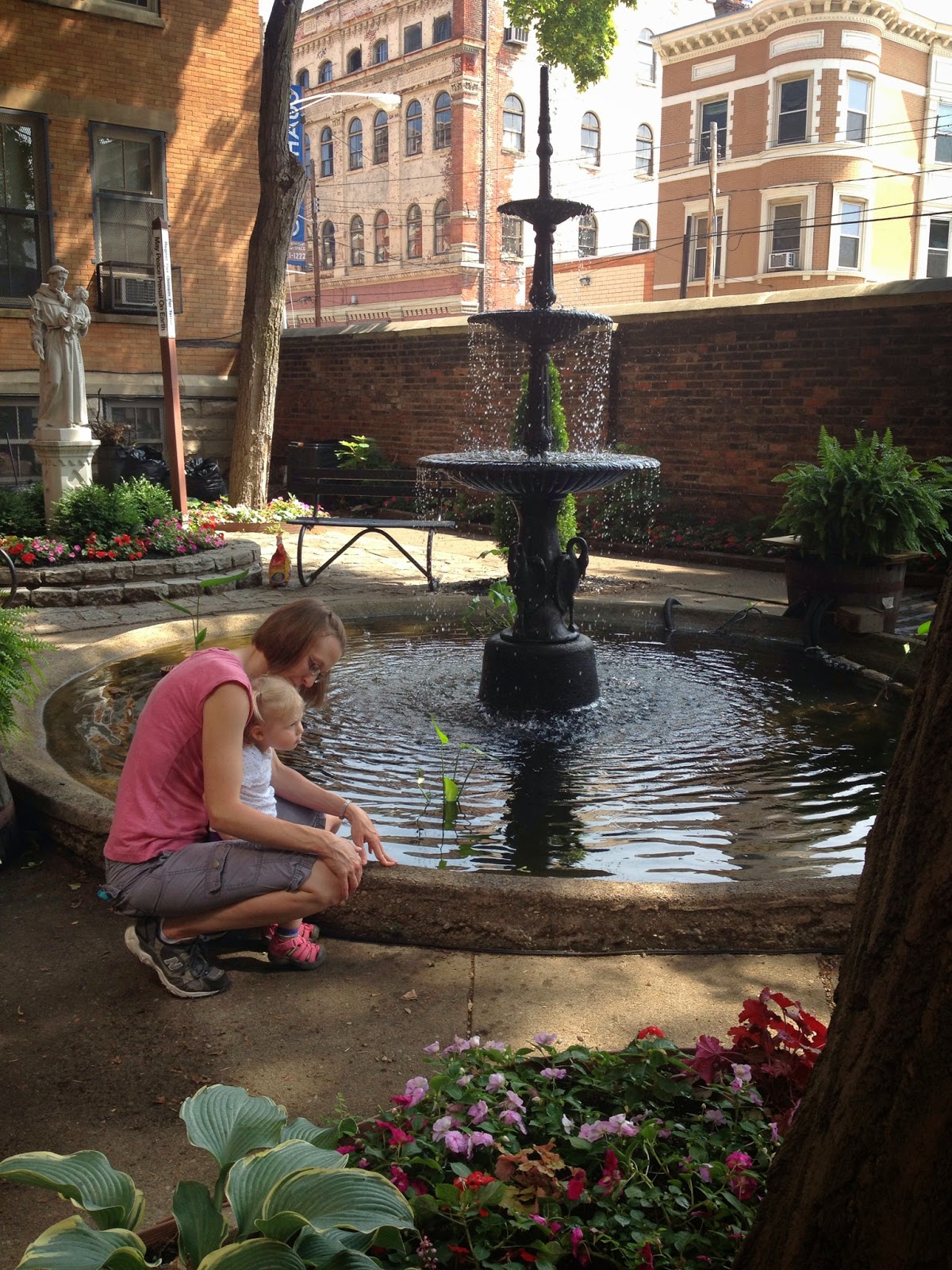 Next up we visited the St. Francis Seraph Ministry on Vine. They have a church, food pantry, garden and even a school. 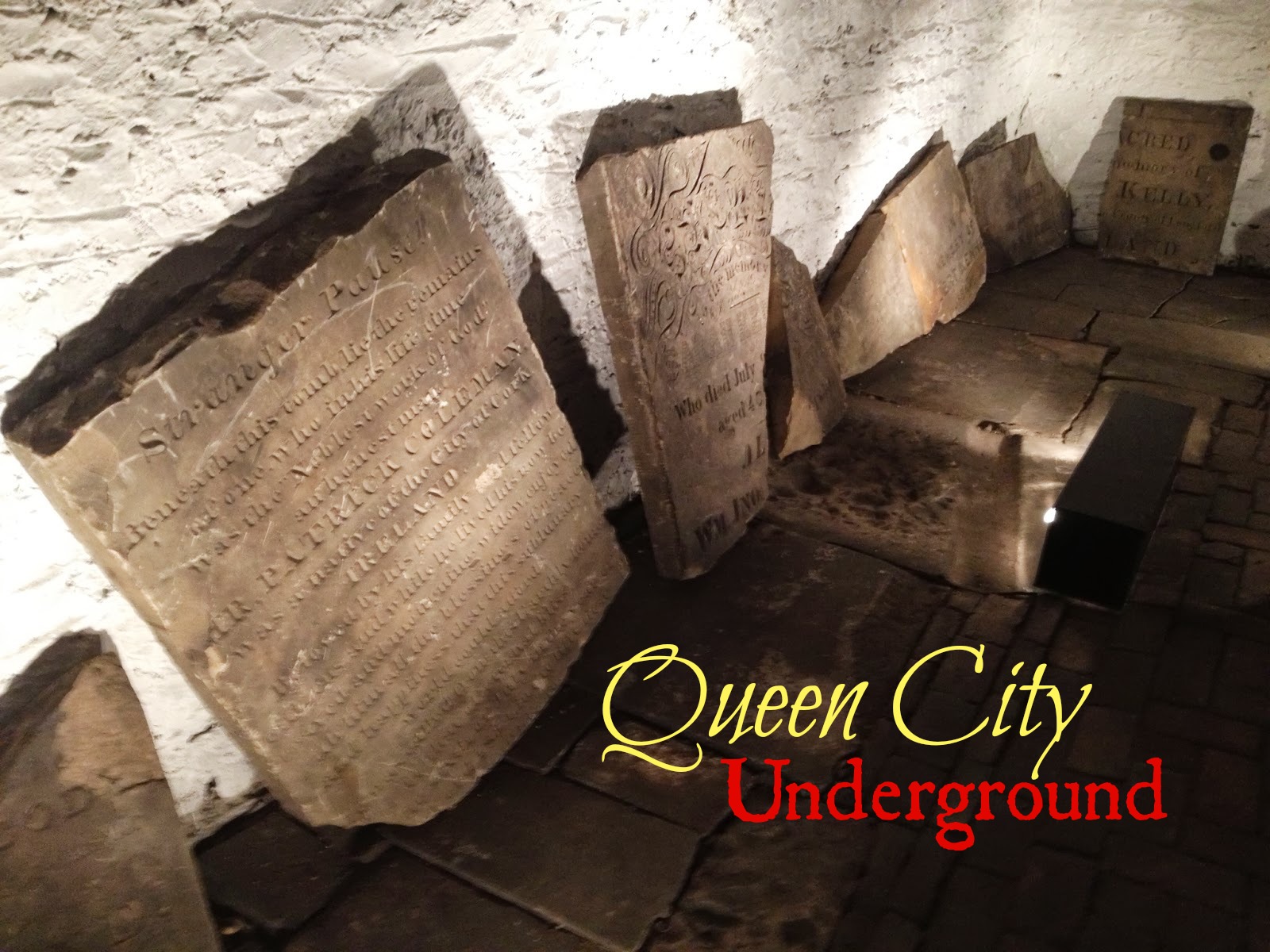 They also have a crypt underneath the church – and these tombstones are gorgeous. It’s creepy and beautiful all at the same time. 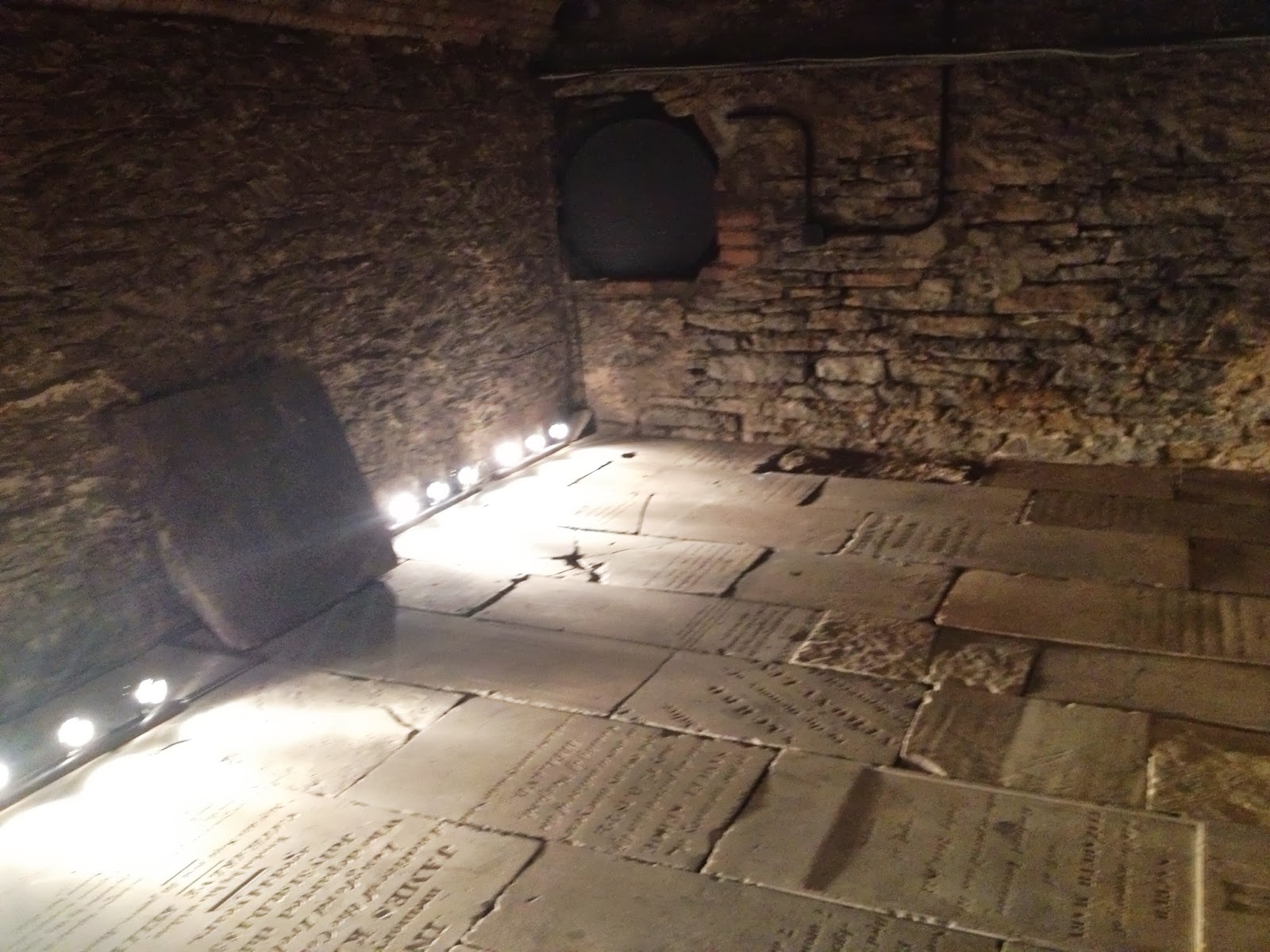 The tombstones were used to pave the floor so we could not walk on them – but were able to catch a glimpse of some of the names and messages on them. So beautiful. 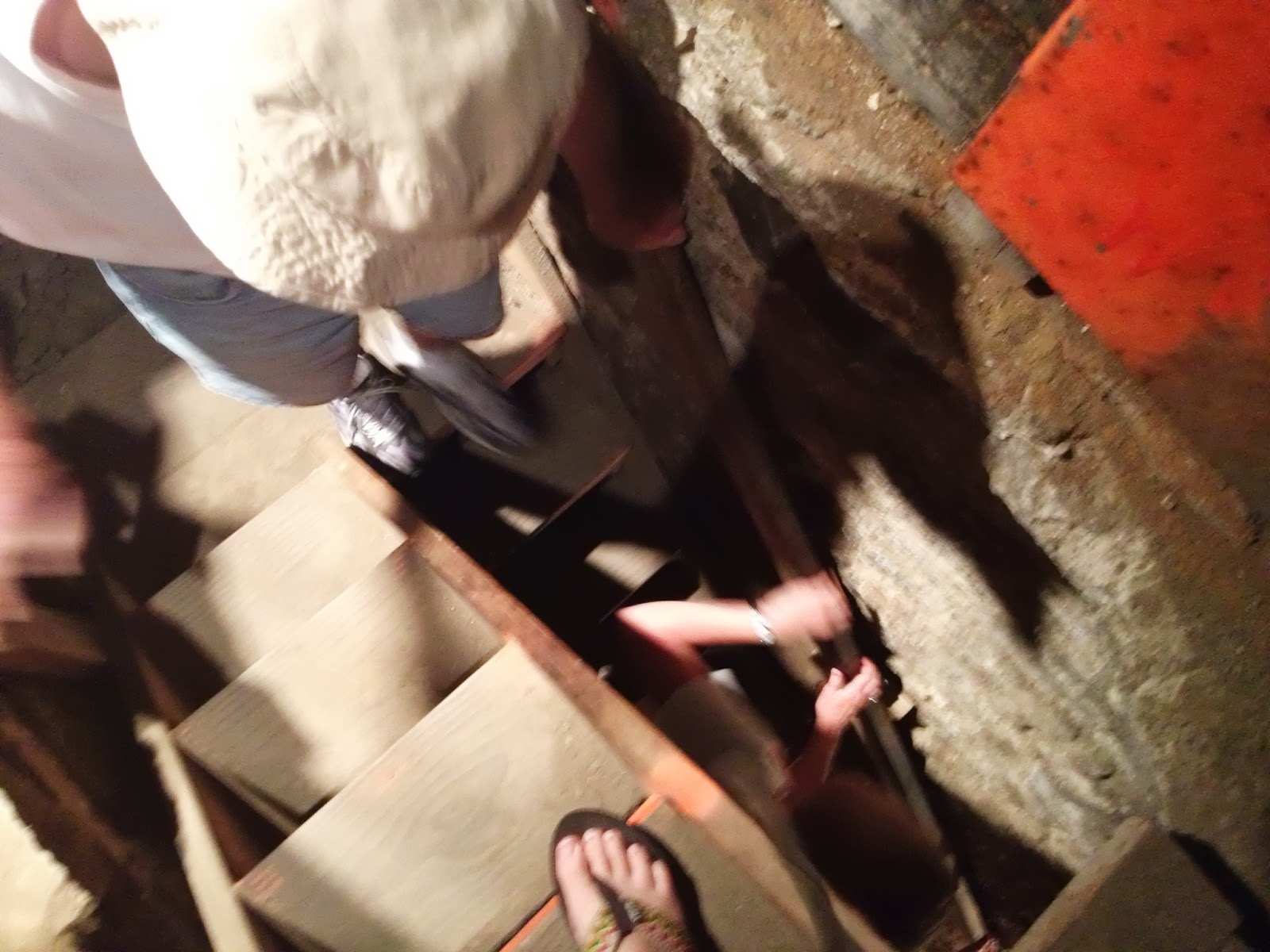 Next up was climbing down a VERY narrow staircase to get down to the Underground portion of the tour. FYI – if you have mobility issues – this portion would be difficult for sure. 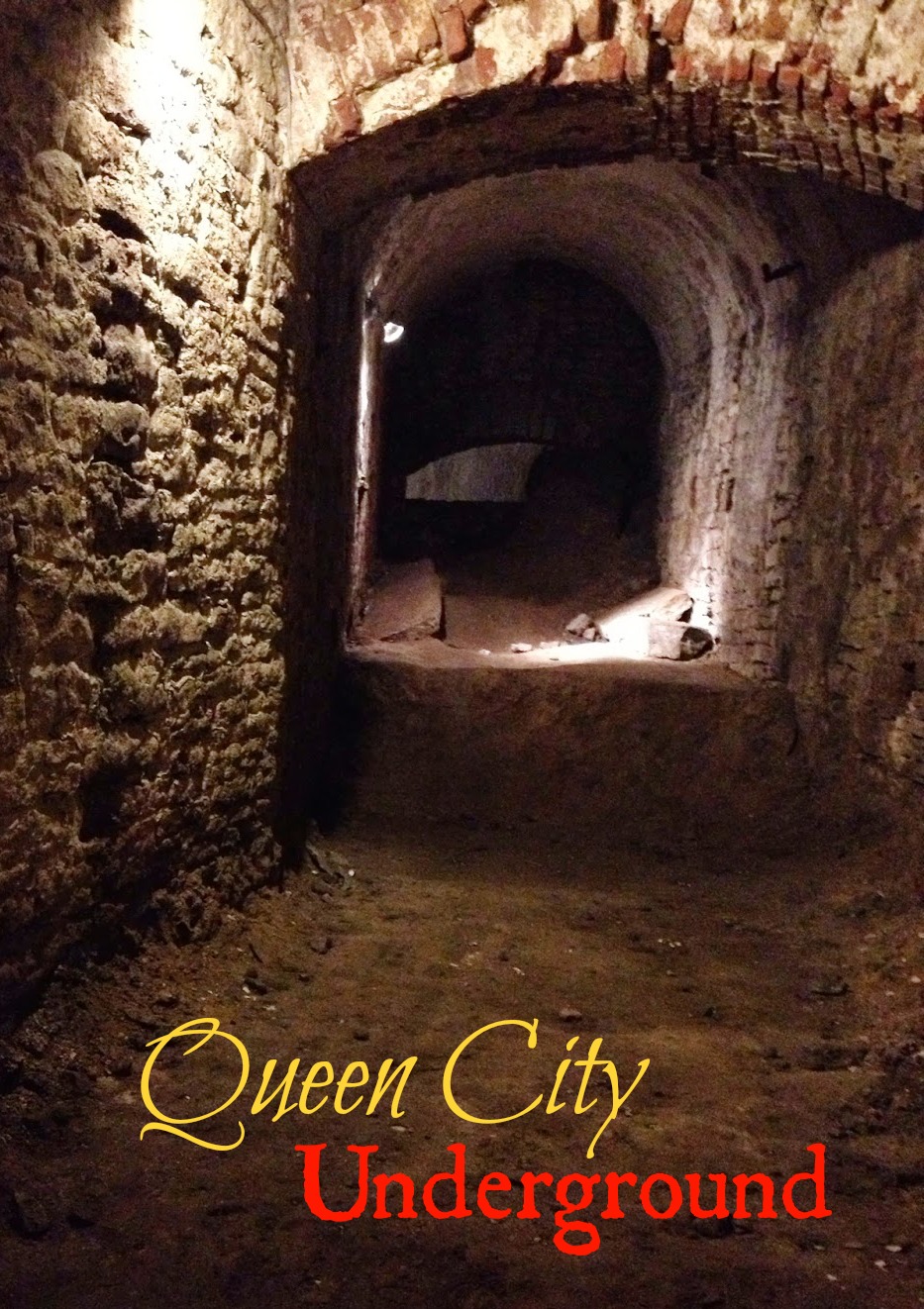 Once in the tunnel – we explored and were educated about these brewery tunnels. I knew quite a bit about them from the previous tours that I’ve been on. These were used to store beer before refrigeration. It would have been pretty awful to work in these conditions. All makes me glad I went to college 😉 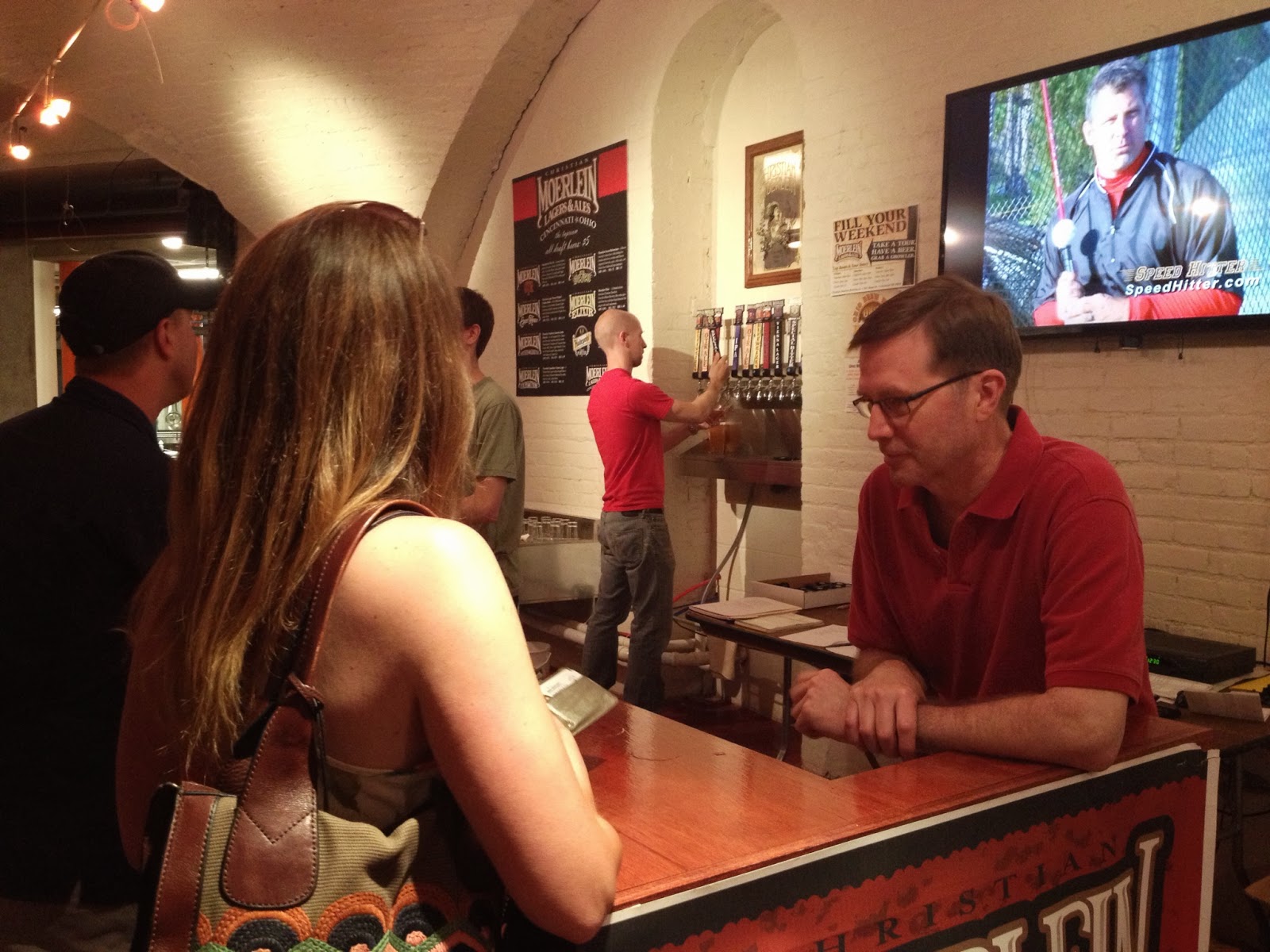 Amazingly enough – we popped up out of the tunnel and ended up in the Moerlein Tap Room. The tap room is very nice and spacious! If you’re looking for a Tap Room Tour – this would definitely be one to add to the list!

Why Should You Go? After going to two “underground” tours on back-to-back weekends – it really depends on what you’re looking for. Both tours (Brewery District and American Legacy Tours) provide a lot of facts and info but I think the Brewery District tour goes a little more in depth. The tickets are $20 each for either tour – so it might just come down to which has the times that work better for you! Both involve a lot of walking and a lot of listening – so if you have ADD – you might get a little fidgety. Either way – you won’t be sorry!