I’m a sucker for a stuffed deep dish pizza – my all time favorite is Zoey’s in Marion IA. Yeah – Iowa – but I’m telling you – that stuff is bomb diggity! But I’m not always in Iowa – so I’ve been branching out and that means you get to experience the STUFFED PIZZA SHOWDOWN! 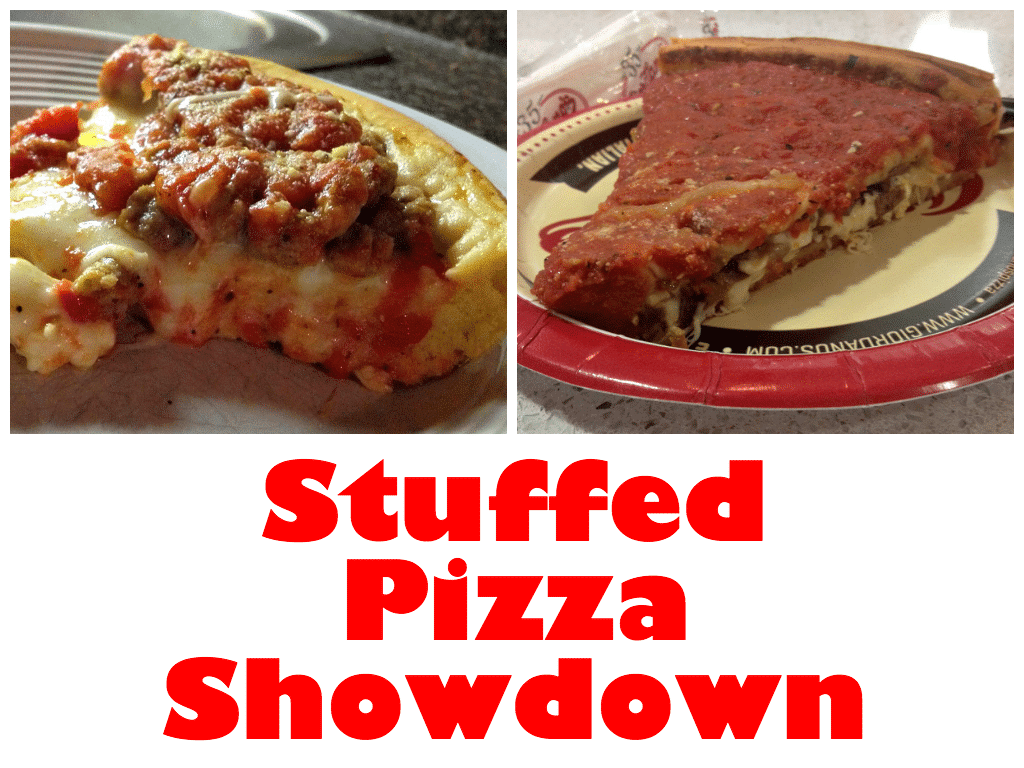 One one side of the coin, on a recent visit to Jungle Jim’s, I overheard a woman raving about Gino’s East Deep Dish pizza saying she made special trips from Indiana to get it. On the other side – on a recent trip to Chicago I was able to try authentic Chicago style pizza from Giordano’s.

First up Giordano’s – now I was able to eat this pizza from the restaurant (delivery service). They opened their first restaurant in 1974 (40 years ago!) and are still going strong with 21 locations in the Chicago area. 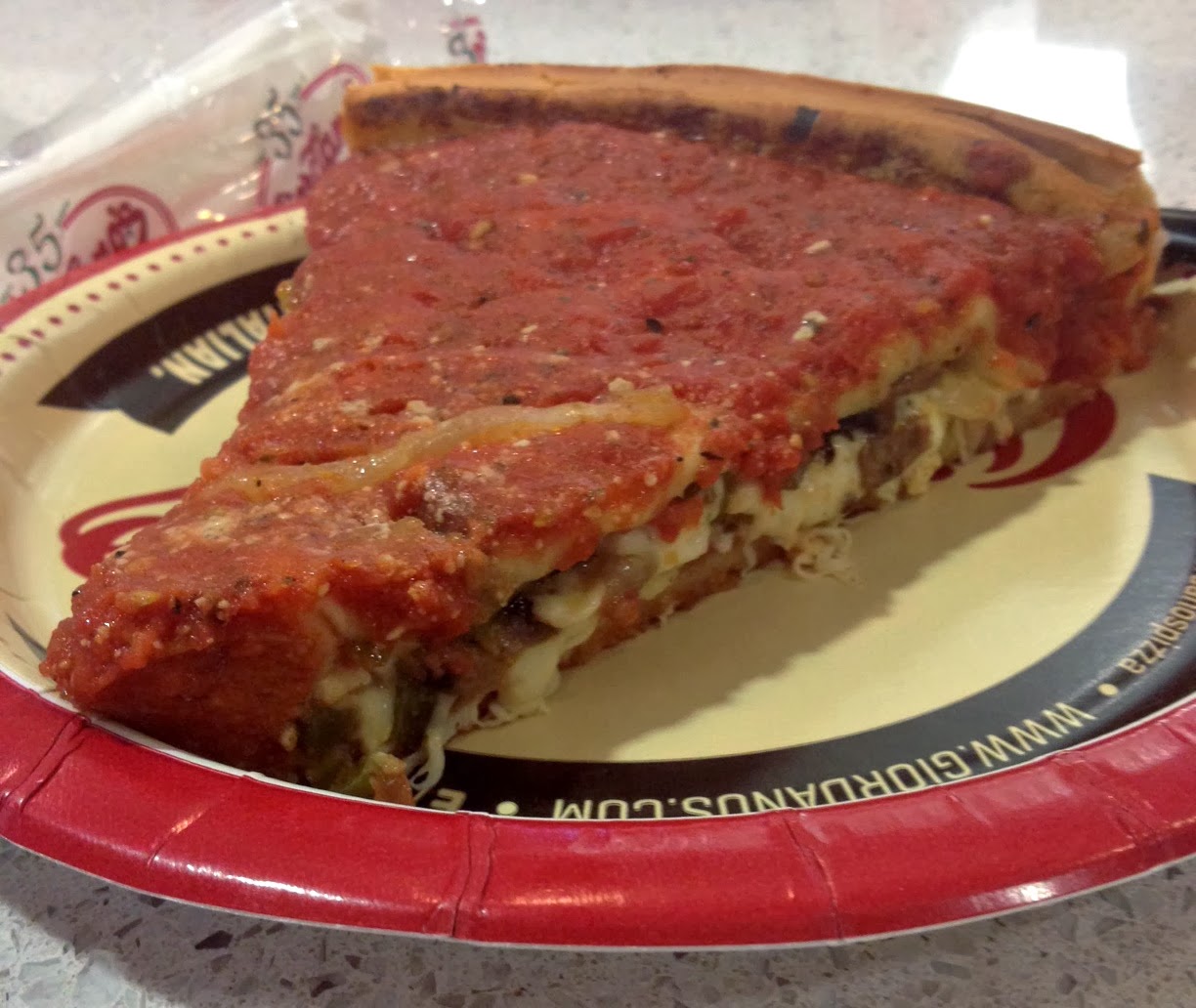 This was delicious! I couldn’t believe how light the crust actually was – it was flaky and had a nutty flavor to it. I definitely enjoyed this. I wouldn’t say I liked it as much as Zoey’s but I liked it a lot. One piece was also enough at lunch – it was huge! 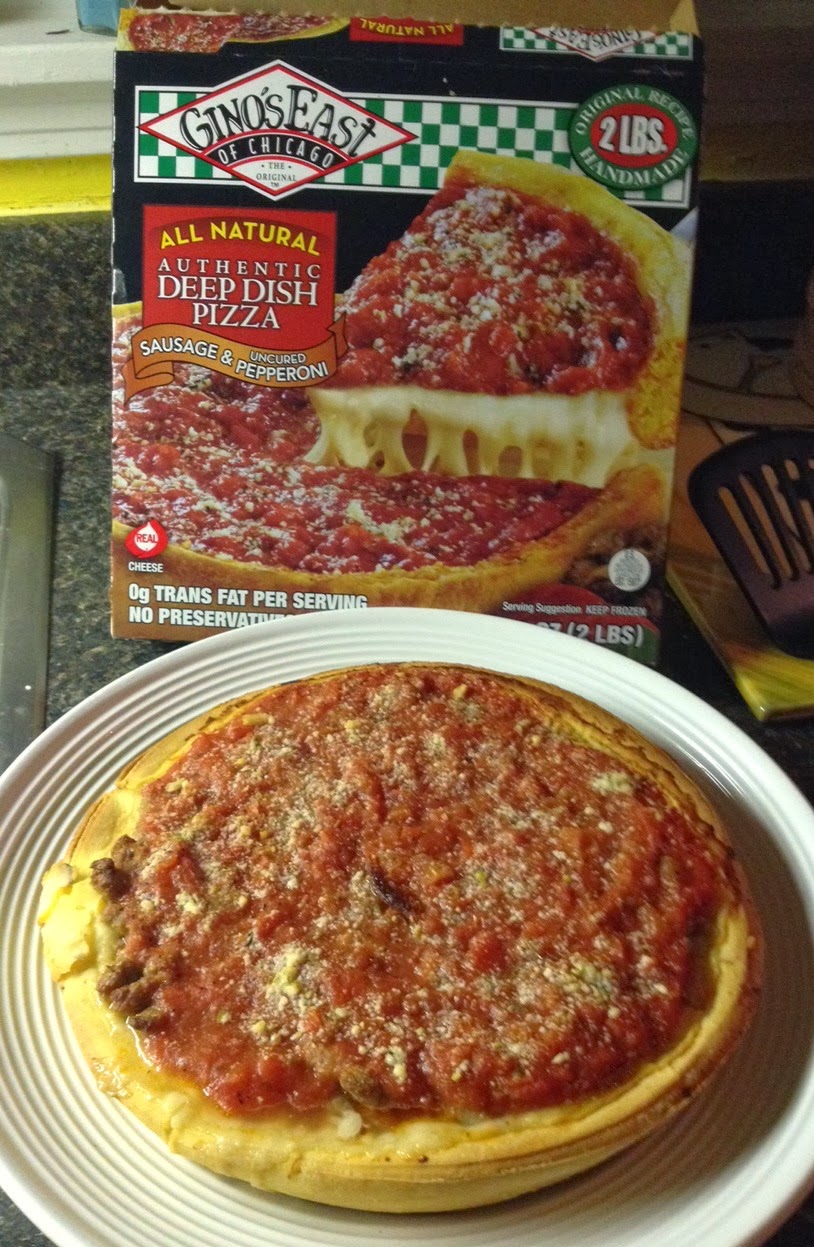 As I mentioned, I came across Gino’s East on a recent trip to Jungle Jim’s. The woman in the aisle was RAVING about this pizza. I wasn’t even there for pizza but you know I had to buy one! 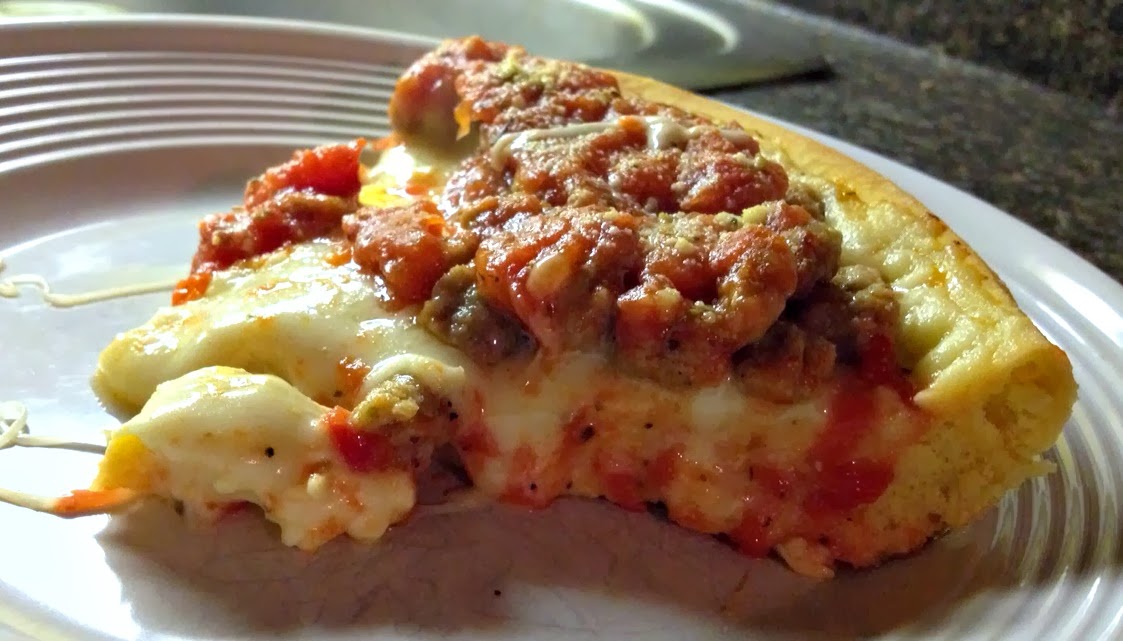 I knew this wouldn’t be as good as Giordano’s just because it was frozen vs. fresh. That said – it was pretty good. The crust didn’t match up – but it was cheesy (which is great).

In this showdown though – I’m going to have to go with Giordano’s. And let you know that I’m now starving for this pizza. Luckily both locations offer the ability to ship pizza – so I can!

Or, if I get really motivated, I can make my own! I found this cookbook for Chicago style pizza on Amazon!