I was invited to a special blogger dinner at Firehouse Subs by Tri-County Mall. We had been to Firehouse once before but didn’t really know much about it. Boy – were we in for some treats and surprises! 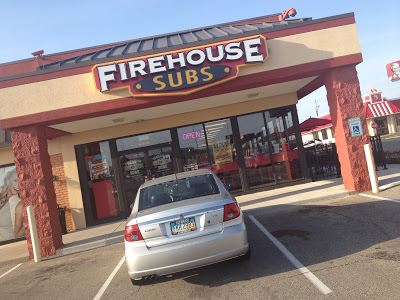 They’re opening quite a few of these in the Cincinnati area – I think they’ll be up to 20 in the next year or so! 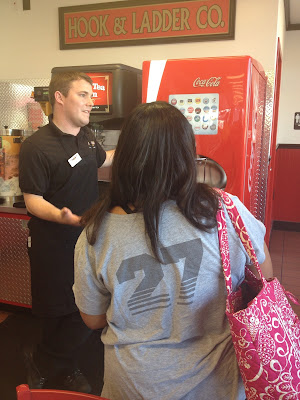 This was a blogger dinner – so there was a whole bunch of us – and I got to meet Desiree – who I’ve been chatting with for a couple of years! That was definitely a fun surprise!
Firehouse was the first chain to use the new Coca Cola freestyle machines – if you haven’t seen one – they’re pretty cool. There are about 20 different sodas and then you can add flavors to each. So if you want an orange Sprite – you can have it! If you want a Raspberry Coke Zero – you can have it! There are literally hundreds of combinations! 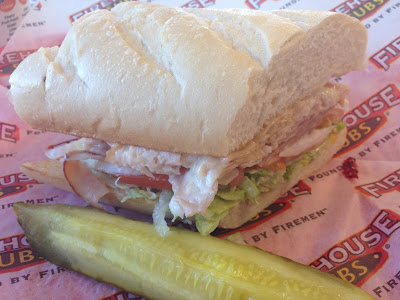 Hook & Ladder: Smoked turkey breast, Virginia honey ham and melted Monterey Jack, served Fully Involved.So while we were continuously brought delicious subs – one of the founders, Robin Sorensen, chatted with us and told us how Firehouse started and all the things that make them stand apart.

Robin & his brother Chris were firefighters in Jacksonville and decided to start a business together. Their dad had run a TV sales/repair business – so they learned their excellent customer service skills from working there. Dad was also a good cook and they gained a love of food (and hot sauce) from him and put that all together to open a sub place.

The first sandwich is their specialty and now – it’s Larry’s favorite. The Hook & Ladder has turkey, ham and jack cheese. They steam their meat and cheese instead of toasting it and wowee – this makes a huge difference! The meat is so juicy! I loved it!

They also have a HUGE foundation and if you get a Hook & Ladder combo – 25 cents goes right to the foundation. They have supplied tens of thousands of dollars in lifesaving equipment for a variety of organizations right here in Cincinnati! 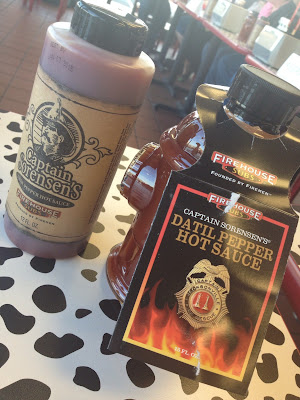 Their Dad also created a great hot sauce that they have on all the tables and for sale. Captain Sorensen’s sauce uses the Datil Pepper from the Caribbean. I’m not a big fan of traditional hot sauce but this stuff is awesome! It was sweet and spicy – so good! I use it every time I go now. 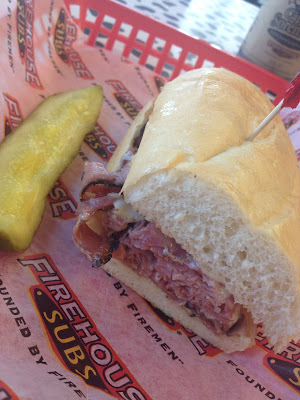 New York Steamer: Corned beef brisket, pastrami, melted provolone, mustard, mayo, and Italian dressing.
Next up was my favorite of the evening – the New York Steamer. I love me some Pastrami – and this was delicious! The steaming – I seriously can’t say enough – each bite was juicier than the next. The combo of dressings – awesome. It’s my regular – for sure.
Check out my copycat recipe here! 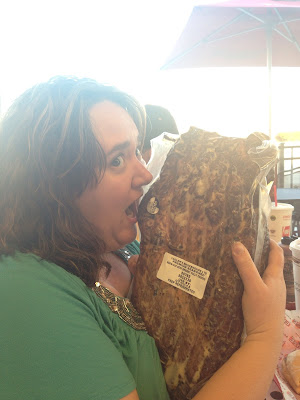 Yes – that’s me gnawing on a hunk of Pastrami. That’s one thing that impressed me the most about Firehouse – the quality of ingredients. They do not skimp – when they started the business they went for the best meats – even though they cost more. Not only do they use pricier meats – they use double the amount of meat of Subway.
That was one of the most interesting parts of the night – I asked Robin about competitors. He was very gracious and complimentary – but they are in the “fast casual” category which is a step above the Subways of the world. Their competitors are Chipotle and the like. Firehouse is also one of the most affordable in the category. But knowing they use higher quality meats & cheeses than their sub-sandwich competitors definitely stuck with me. (All of their cheese is from Sargento.) 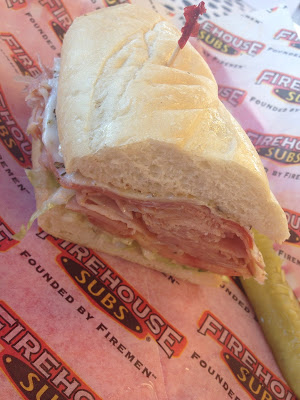 This sub was again – juicy & tasty! By sub #3 I was starting to get full! I loaded this one up with the Captain’s sauce and devoured it. Larry liked this as well – he was quickly becoming a Firehouse fan. 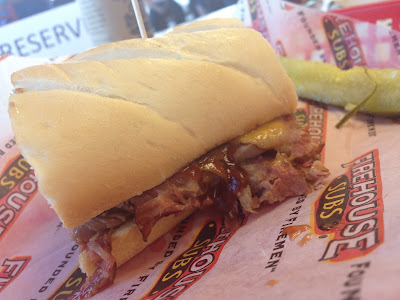 Last up was the brisket – and I have to say it was my least favorite – it just wasn’t as juicy as the others but it is one of their best sellers as well. We really got a great tasting of their menu and such a great feel for Firehouse. 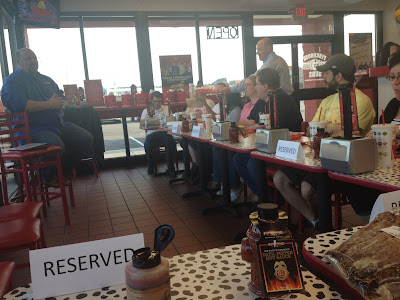 Robin was really great – letting us know how they got started with one restaurant in Jacksonville and now they have over 600! They also have their own signature drink – Cherry Limeade. It’s a specialty down in Jacksonville and they worked with Coca Cola to get it just right in the Freestyle machines. 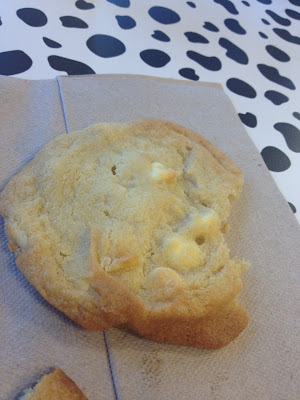 They topped our evening off with a lemon macadamia white chocolate cookie! This was great – but I was so stuffed – I just had to take this home with me. 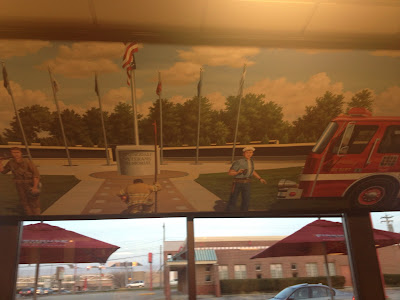 I was truly impressed by their commitment to the local areas they serve. Each location has a unique mural of something in that area related to the fire department. All that money in the Foundation also goes back into the communities. They were telling us about defibrillators they donated to a school nearby and so much more.

They also figured out unique ways to raise more money. They have these big 5 gallon pickle buckets that they go through in the restaurant. Instead of just pitching them or recycling them – they rinse them and sell them for $2. They went from having all that waste to generating a lot of money for their Foundation. 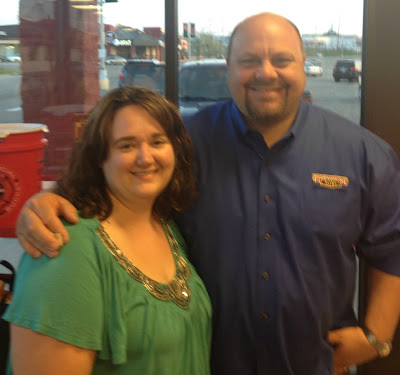 Here’s me and Robin – we were so impressed – it made me want to quit my day job and put on a Firehouse shirt!  The service at Firehouse the day we went for the bloggers was outstanding – which is to be expected when the owner is in town. It’s not quite the same on regular days – but luckily – the food is the same! 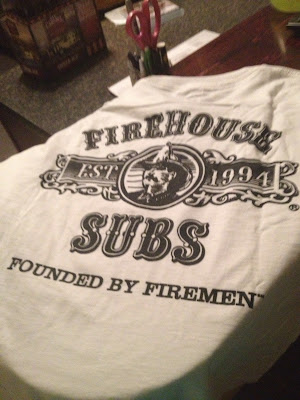