Subscribe
Recently we were out on the East side visiting my hubby’s daughter and wanted to grab some lunch and stopped at Dickey’s Barbecue Pit – we’ve driven by a million times but never stopped and I was up for some bbq. 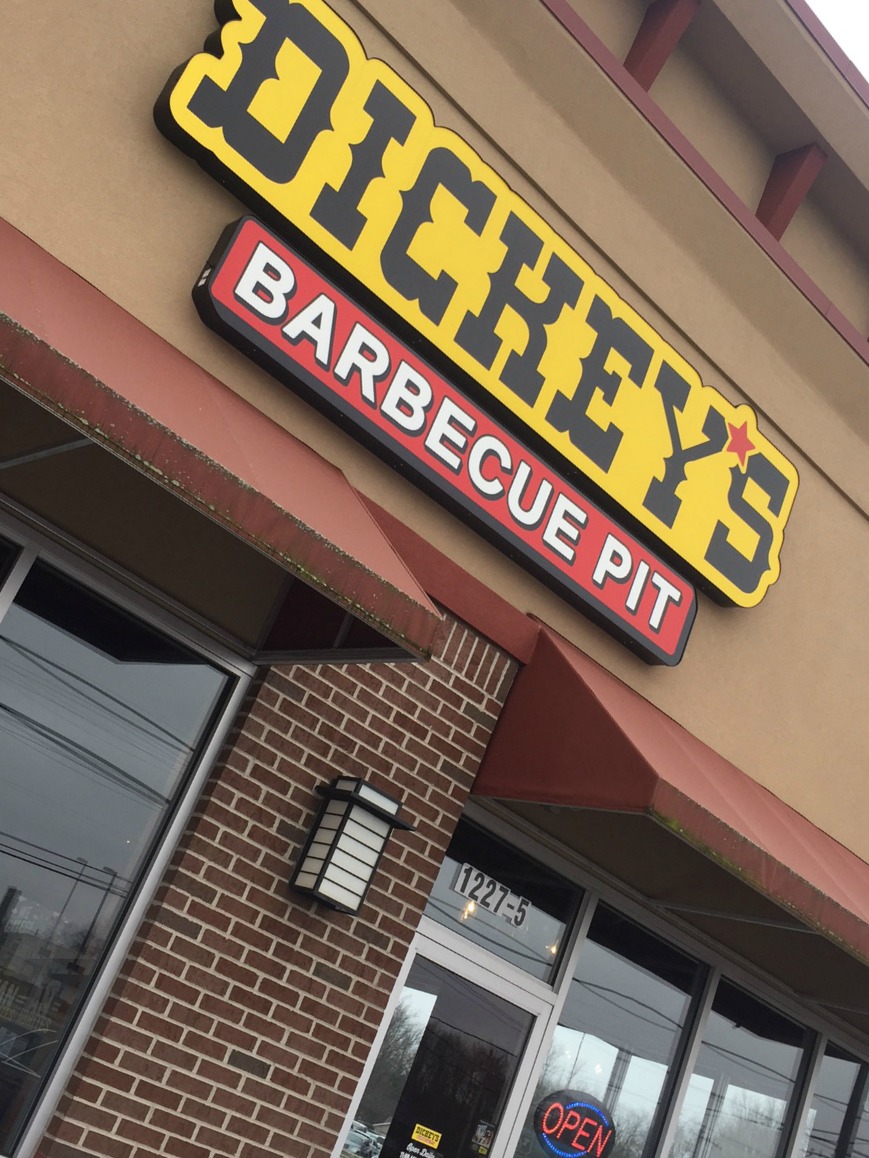 It’s in a little strip mall near pretty much every fast food choice – including Chipotle but it’s really the only BBQ option in the surrounding area. 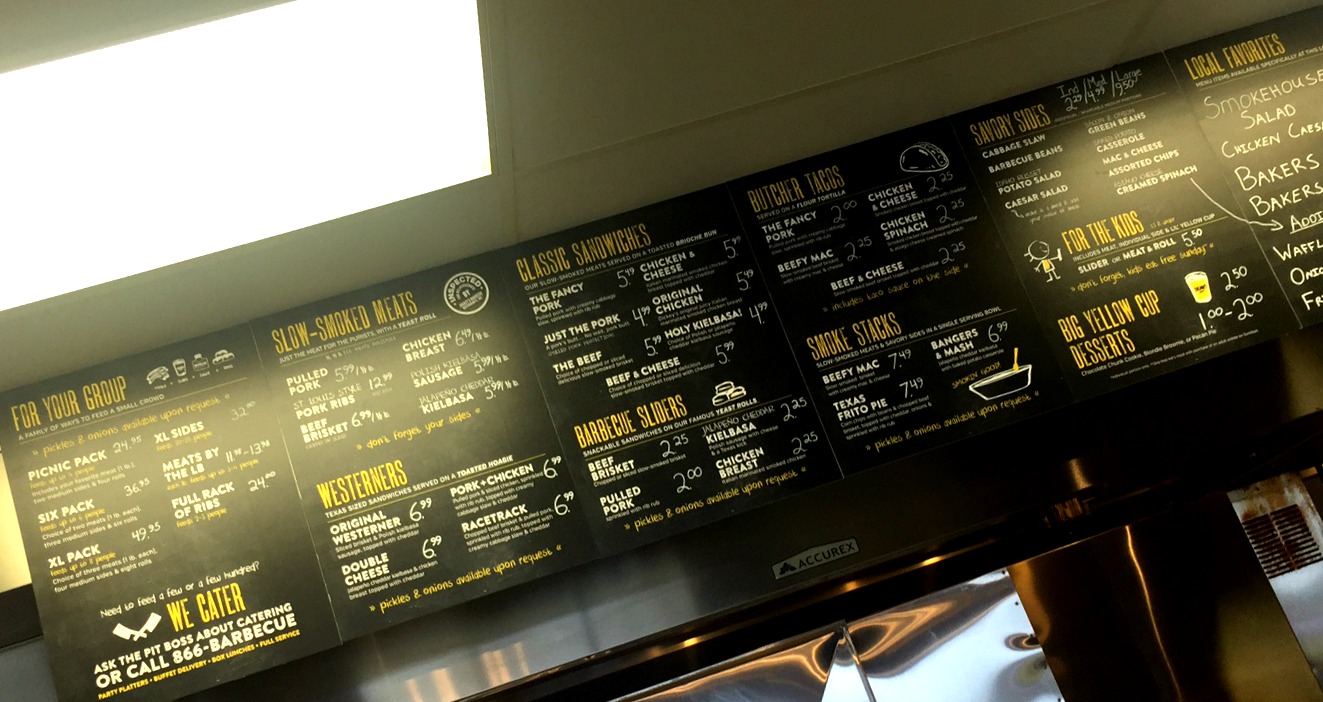 The menu has a lot to offer – from their meat choices (pork, beef, chicken, sausage, kielbasa) to their side dishes (cabbage slaw, barbecue beans, potato salad, mac and cheese, green beans, potato casserole, creamed spinach, caesar salad). They also have unique items like tacos, subs and smoke stacks. The smoke stacks are basically the “heart attack on a plate” version with menu items combined like brisket + mac and cheese or even a Frito pie version. 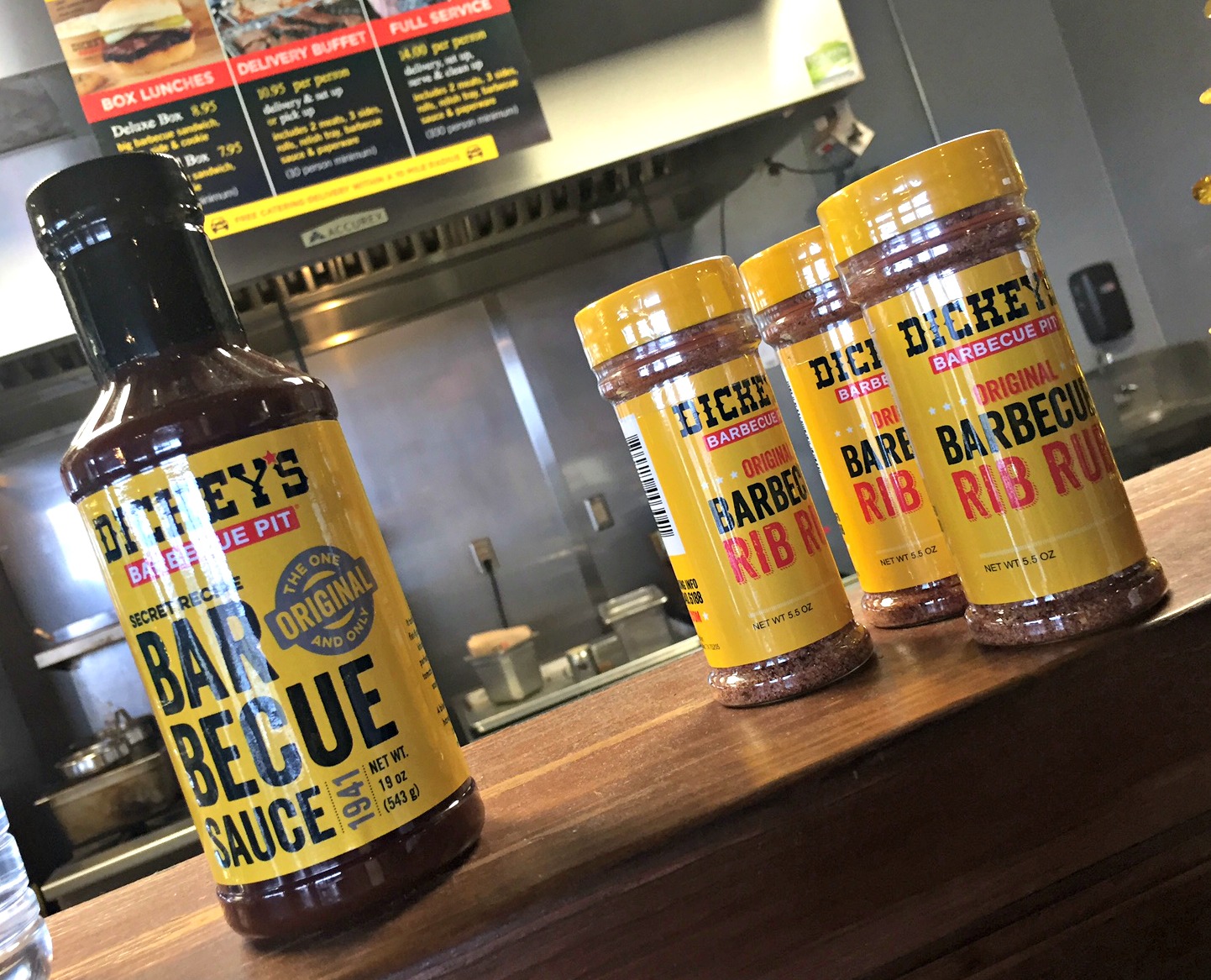 They also have a few products you can take home with you like sauce and rubs. I have so many spice rubs – there’s no way I have room for one more but it’s an interesting offering. 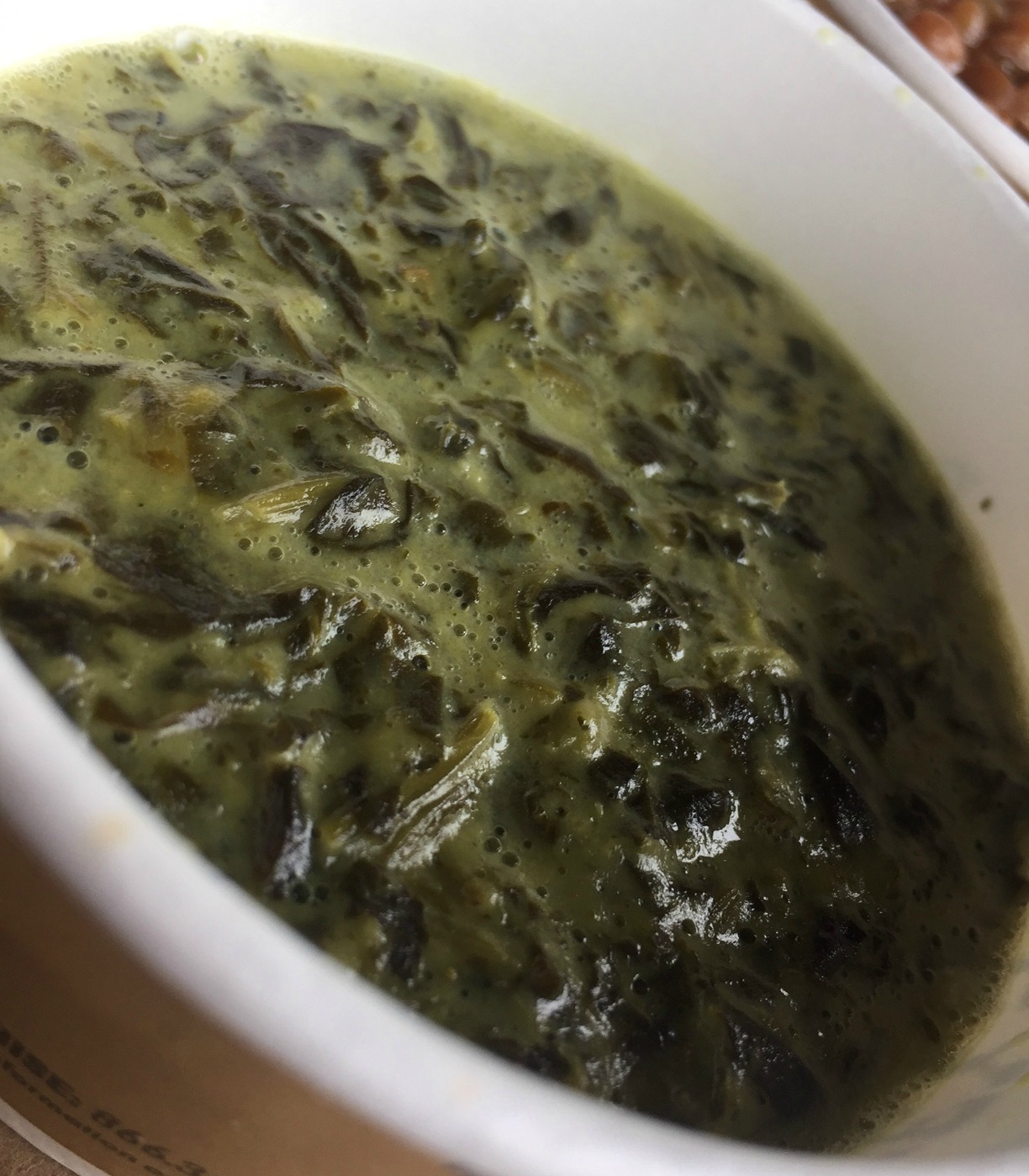 I chose creamed spinach as one of my sides which, frankly, was out of character for me – normally I’d hit the mac and cheese but I was feeling the need for veggies. Unfortunately these were awful. Like I cannot express how gross they were. Runny and flavorless. Oh my so bad. Two bites and out. I think I got spoiled by fancy restaurant creamed spinach. 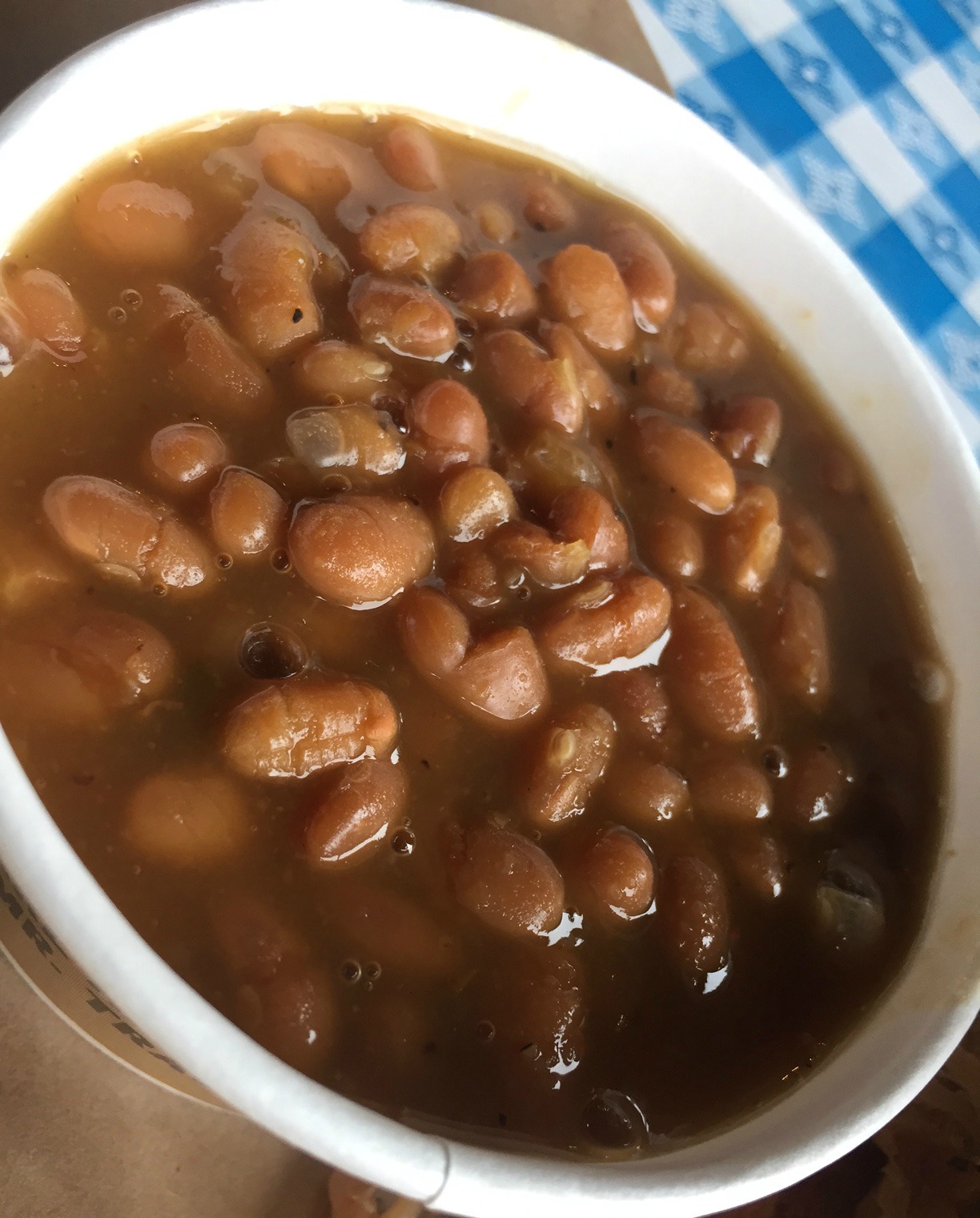 I also got the beans and they were fine – but not great. I like a really rich, slow cooked flavor. These I had to add barbecue sauce to. I ordered the Fancy Pork Sandwich which was their slow cooked pulled pork topped with creamy cold slaw. It was fine – a little bland and dry – but ok. It looks great though – right?
Why Should You Go? Honestly – we won’t be back. Neither of us loved it and it was just ok. It can’t touch Butt Shack or Eli’s.