Subscribe
I love spaghetti and meatballs but my husband is allergic to eggs so I’ve never made meatballs for him. But recently I was able to call in to Christopher Kimball’s podcast Milk Street Radio and ask him and Sara Moulton a question (um awesome!) – so I put him to the test and asked what could I do? 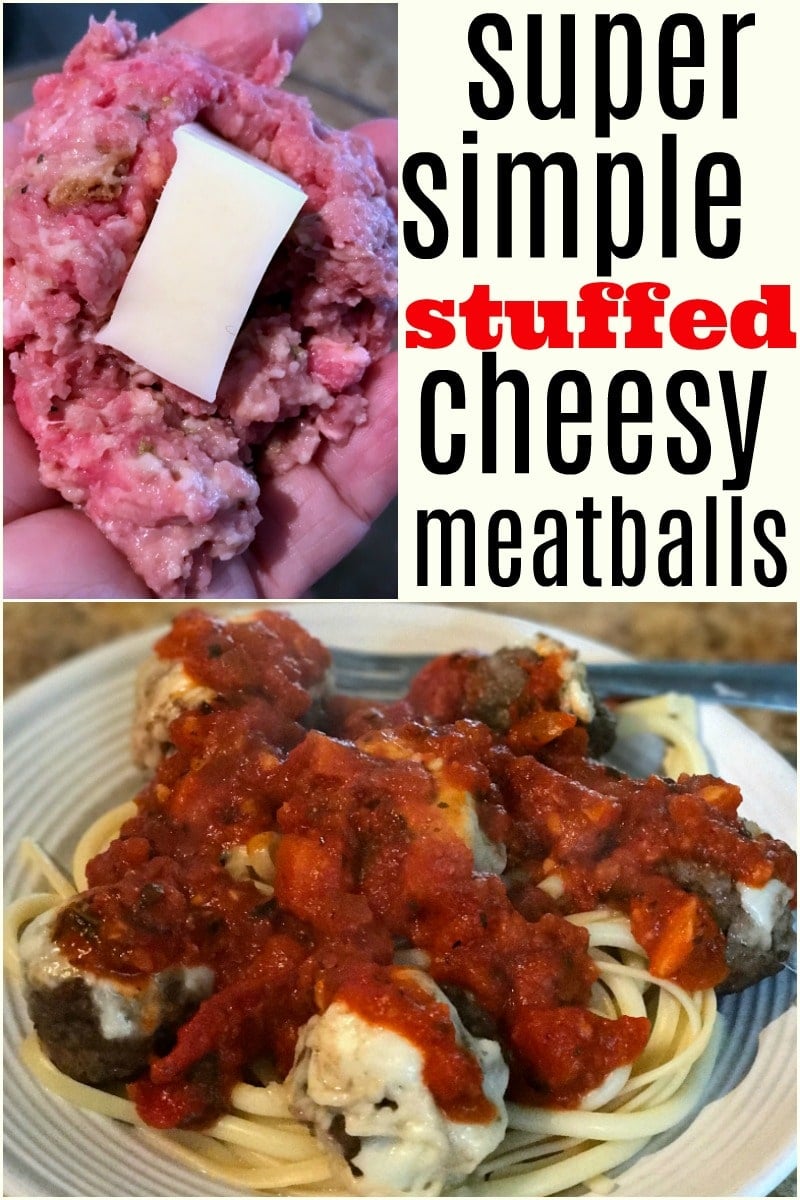 And they gave me the secret to replacing eggs in meatballs, meatloaf – or even crab cakes! And I was pretty surprised by it! 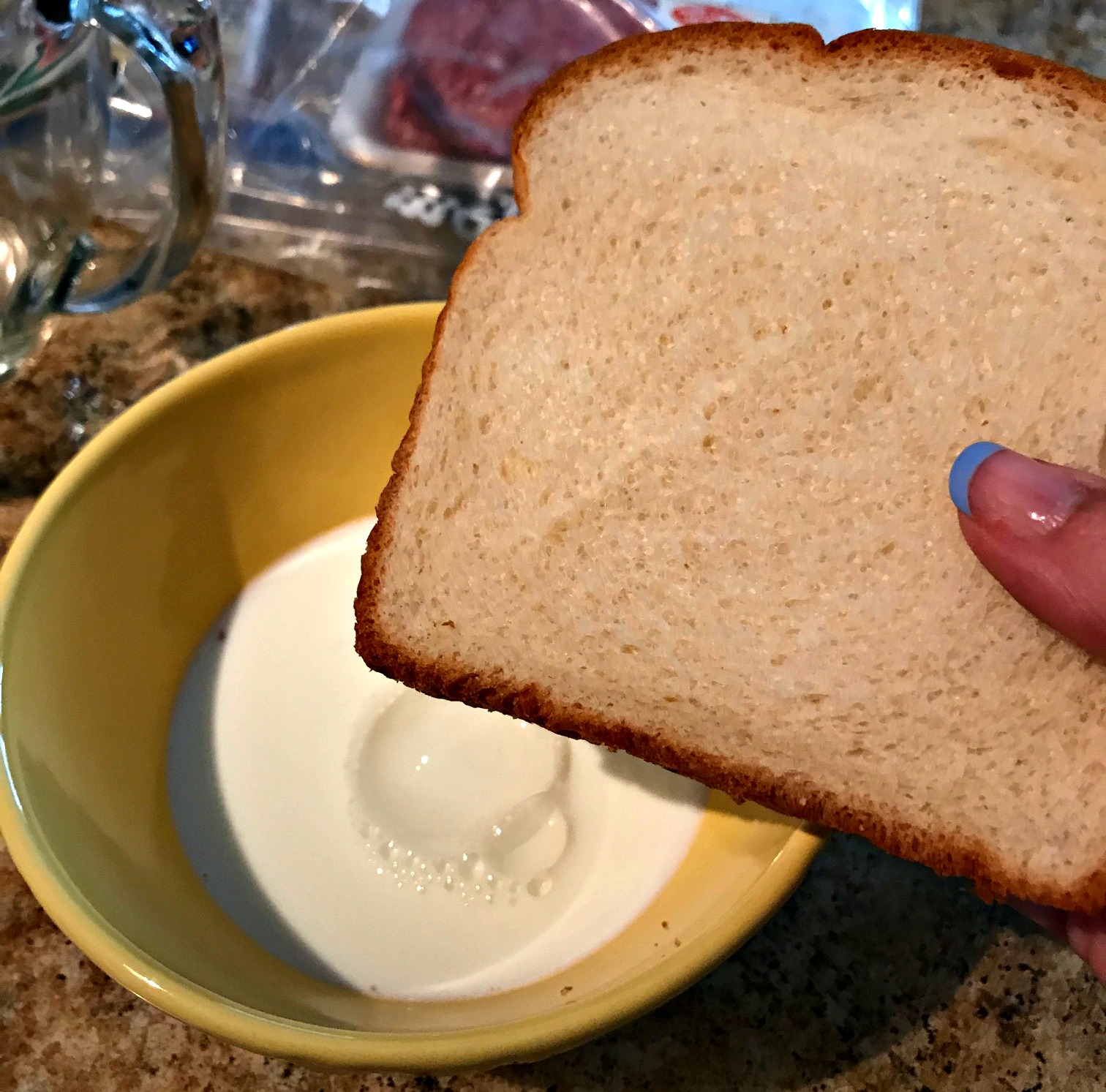 A panade! Admittedly, I said – a what? A panade is just a mixture of starch and liquid added to ground meat. Christopher and Sara said you just soak bread in milk and add that to your meat – that will act as the binder to the meat like an egg would and keep it moist.

They also said the panade would work with crab cakes – so I’ll have to test that next! 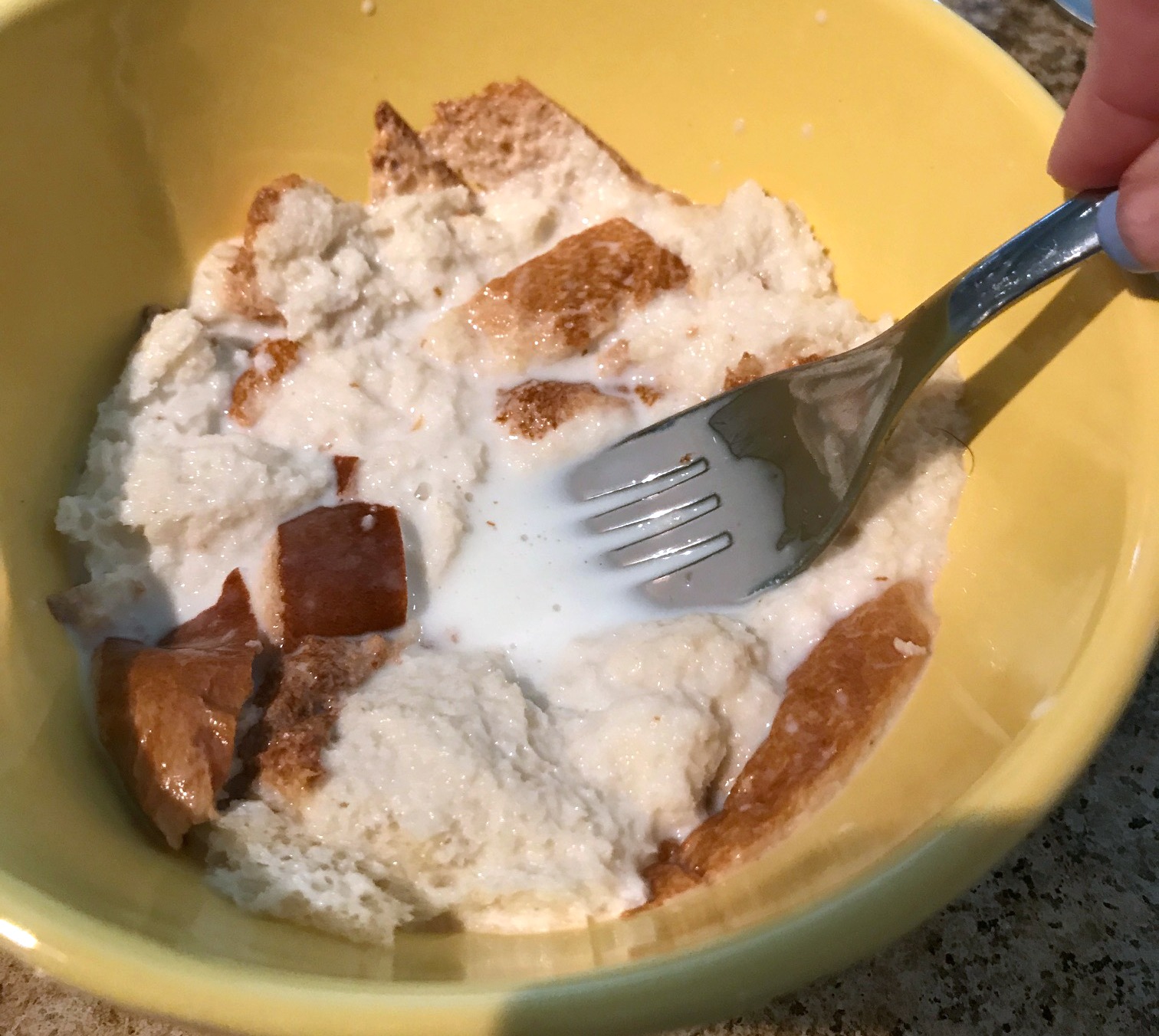 I just took one piece of white bread and soaked it in maybe half a cup of milk. I just stuck it in the milk and forked it around a bit and it dissolved pretty quick. I didn’t want it to completely disintegrate so I didn’t leave it in too long. 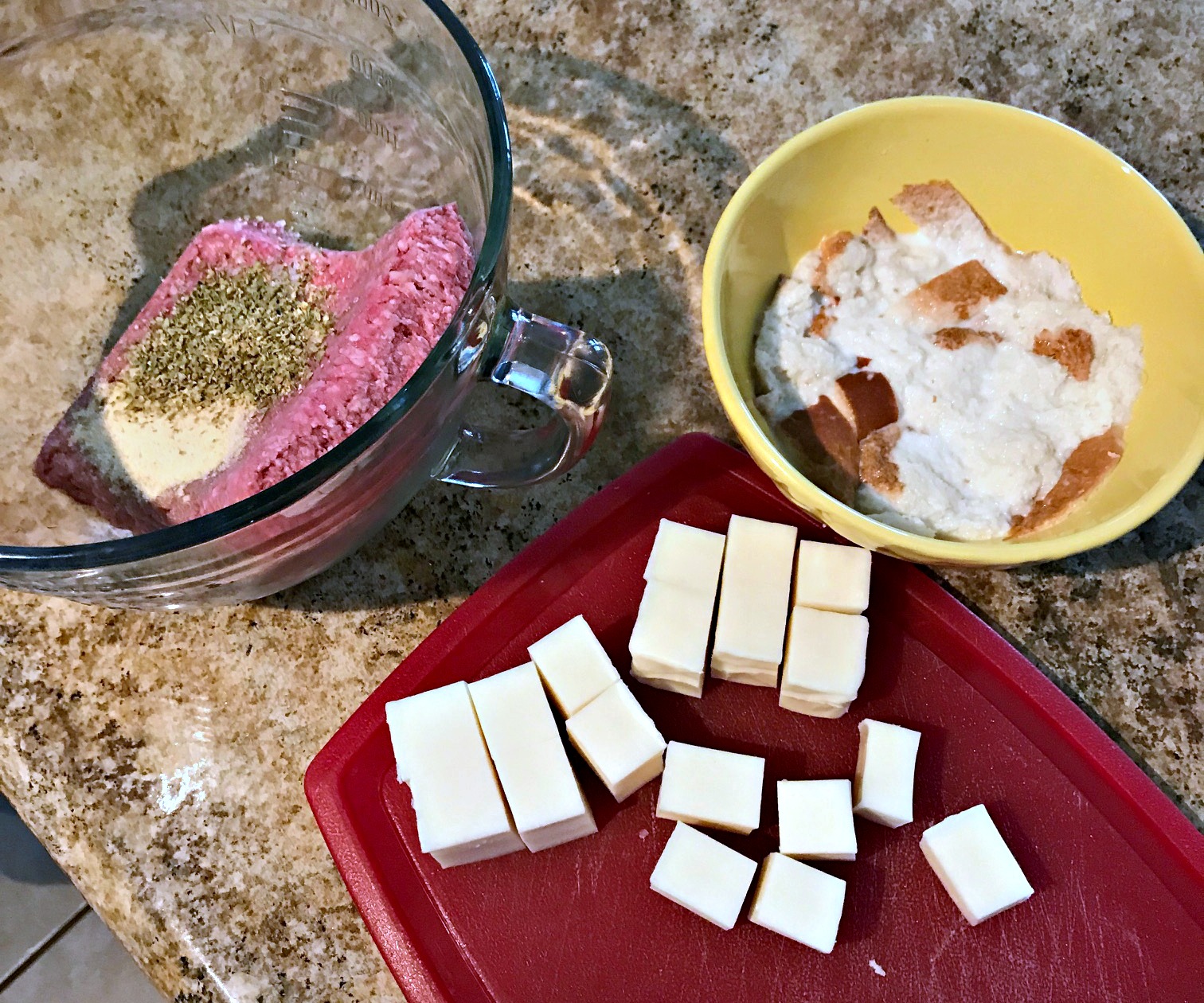 Next – I make-a-the-meatballs! (Imagine an old Italian woman saying it!) I went super simple to just see if this would work – and I had some mozzarella cheese in the fridge so I decided to ramp it up by stuffing them! I would say I used about 75% of the panade for 1 pound of meat. Also – because you’re using a slice of bread – no need for breadcrumbs. 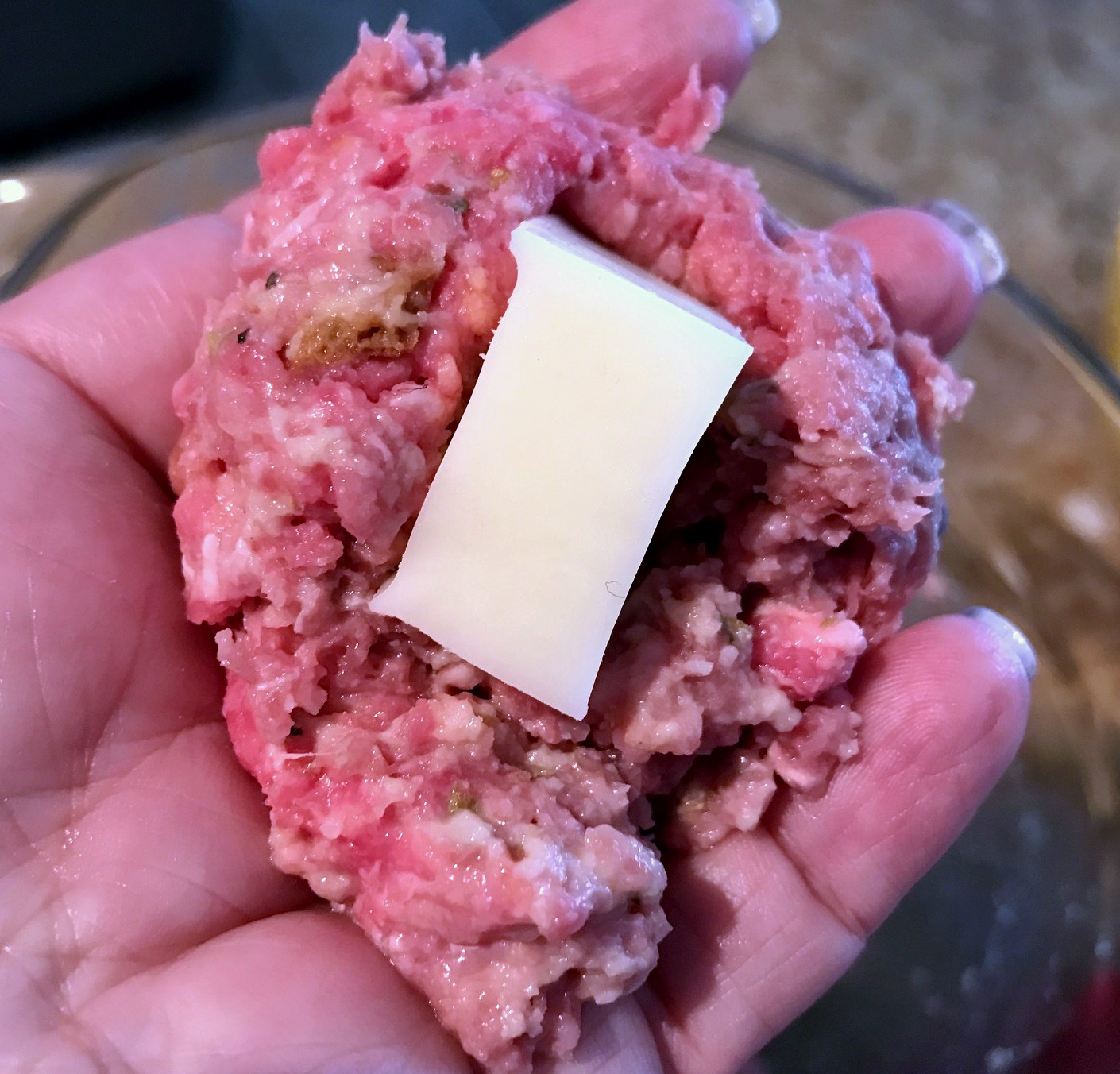 After mixing my hamburger with the panade and seasonings – I grabbed a pinch of meat and put the chunk of mozzarella in the middle then molded the meat around the cheese. 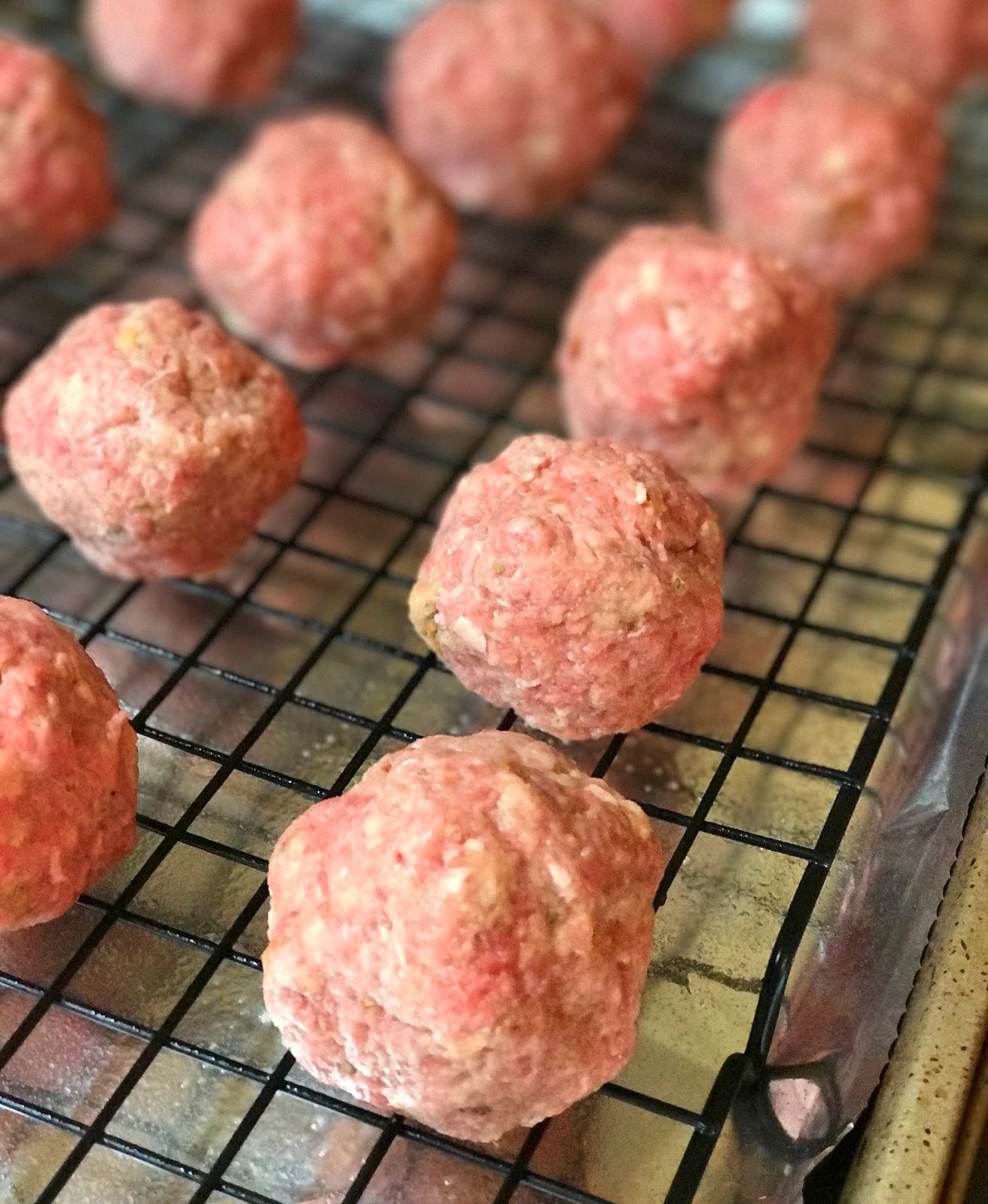 Then I put my meatballs on a cooling rack on a foil lined cookie sheet. I also sprayed the cooling rack so they don’t stick. 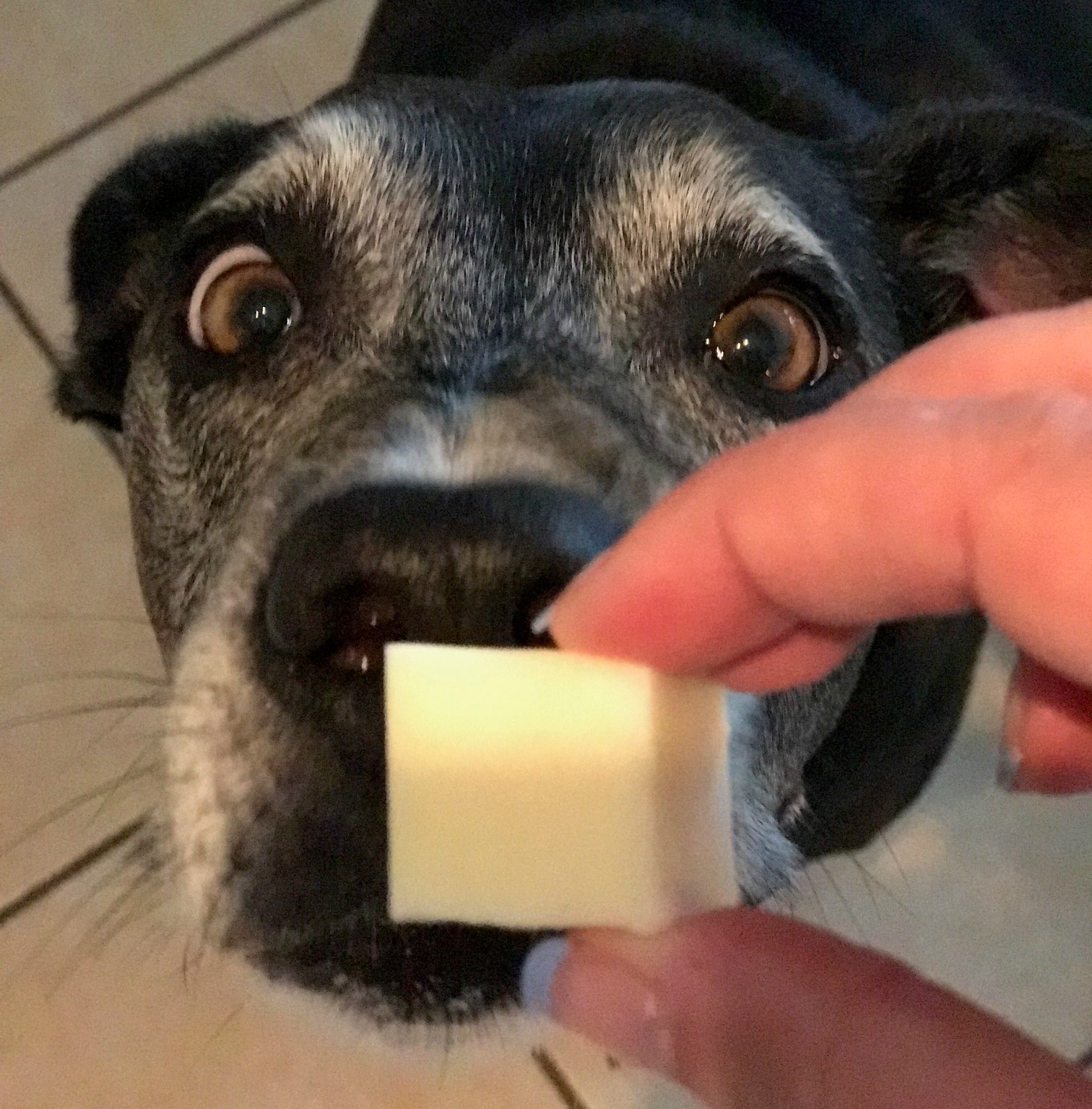 Luckily I had a piece of mozzarella left and Mysty was more than eager to take that off my hands. 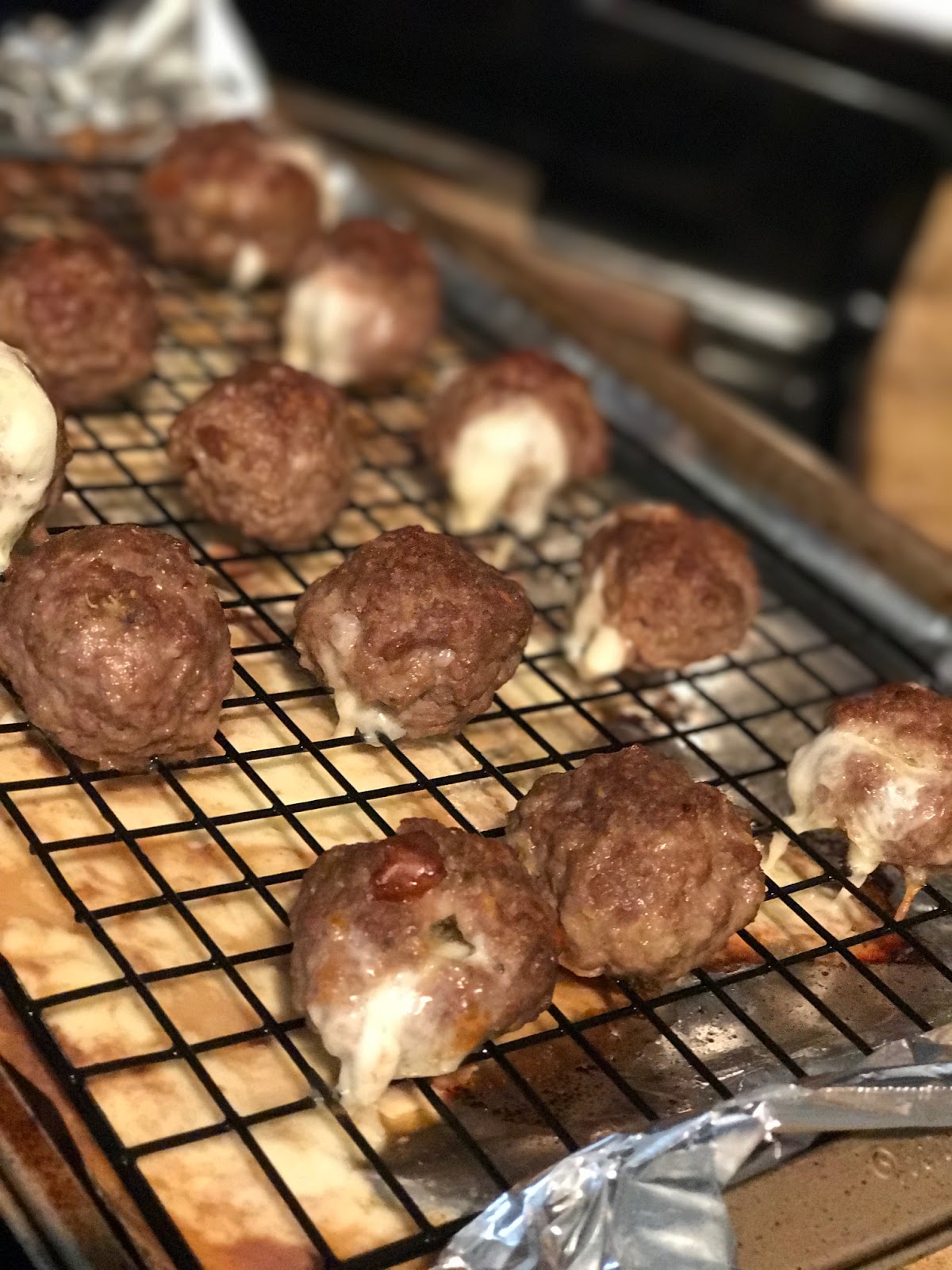 After about 20 minutes – I took them out – I would say that next time I would take them out at 15 minutes. I think my cheese chunks were pretty big and they exploded a bit. But hey – exploding cheese is not a bad thing. And I was able to lift the cooling rack and save grab some of the cheese and put it on my pasta! 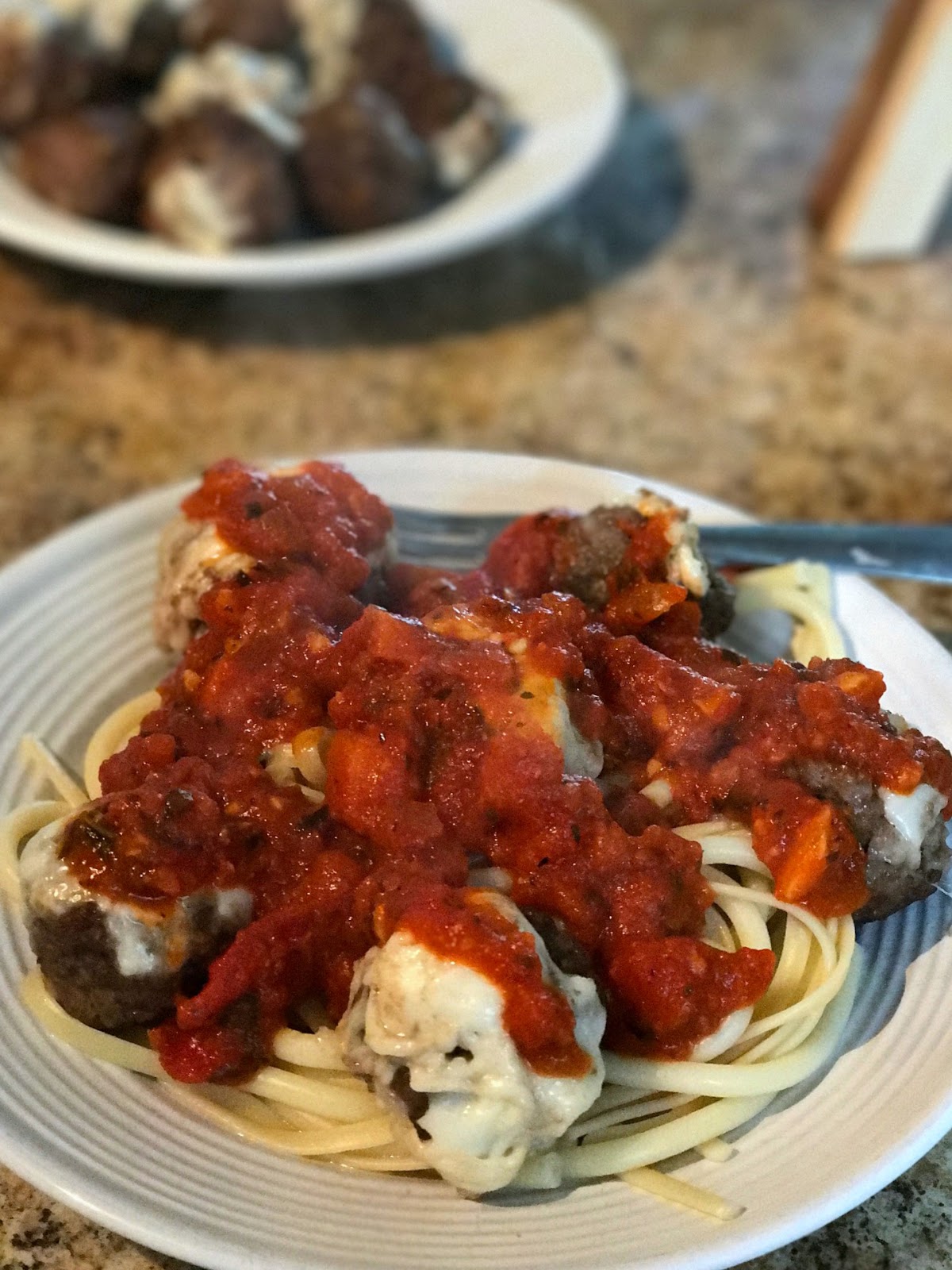 Then I topped with my favorite jarred marinara and dinner was served. Larry was so surprised that he got to eat meatballs! He’s always hesitant when I try something new but once he tried them – he was sold! He even ate leftovers – which he NEVER does! THAT is success!