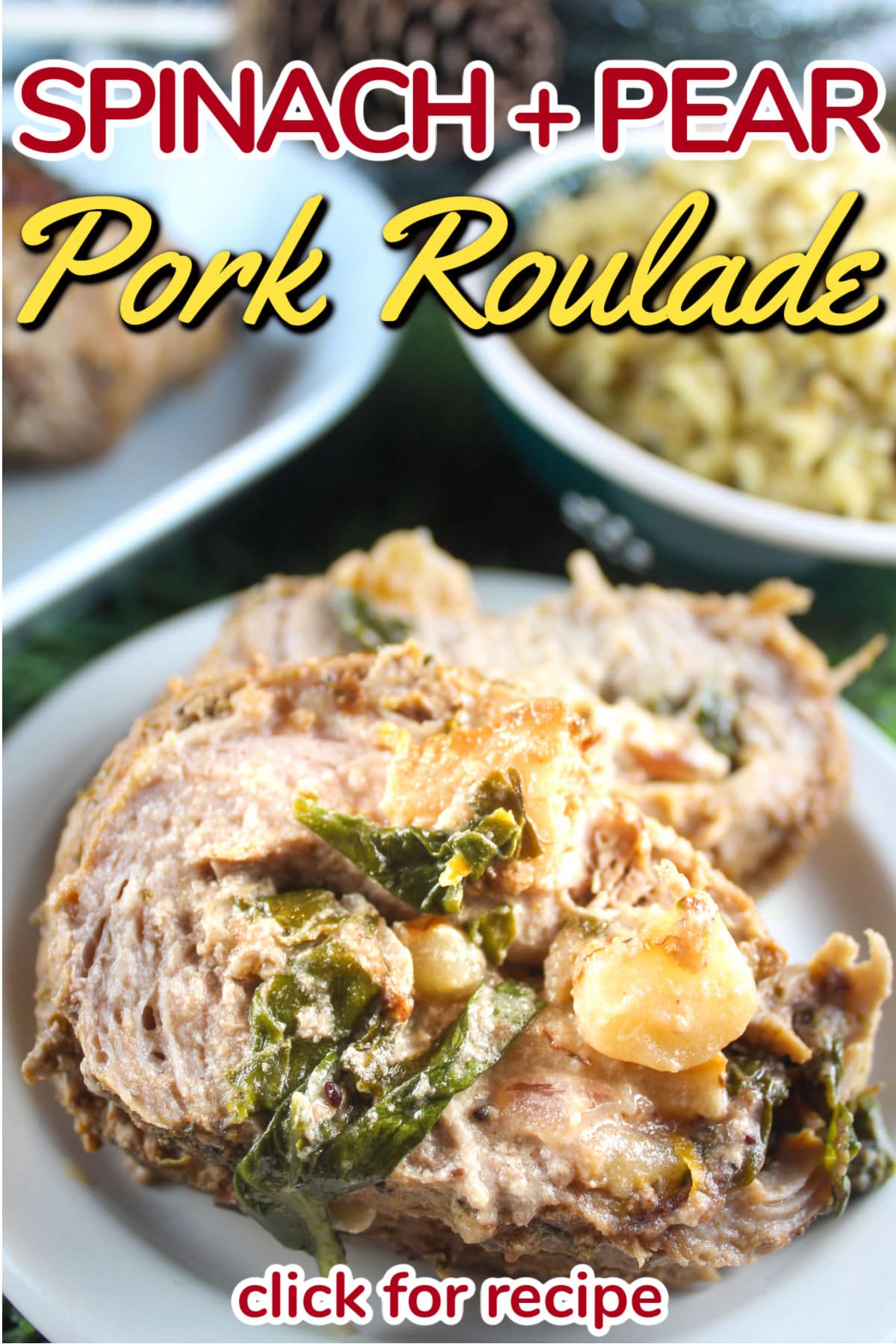 Pork Roulade sounds super fancy but it’s actually super easy to make! Grab a pork tenderloin and let’s get to stuffing it! This is the perfect dinner to impress any friends and family.

This Pork Tenderloin Roulade recipe is stuffed with pears, red onion, spinach, cinnamon, cranberry sauce and goat cheese – it’s like a flavor wonderland! I can’t even tell you how delicious the filling is!!! Yes I can because I might have eaten a few spoonfuls of it by itself!

What is a Roulade?

Roulade is any food served in a roll – it’s usually a flat piece of meat or cake – schmeared with something delicious – rolled and served.

In this instance, I’m making a Pork Roulade recipe (with a couple of minor tweaks) from my friend Chef Kayla. Kayla is the Chef at Arnold’s in Cincinnati and she made this recipe originally on her Facebook channel. And if she looks familiar – it’s because she’s been on Food Network a few times!

How do you make a Pork Roulade?

How to tie a Pork Roulade

Cut off four pieces of butcher twine at least 12″ in length. You can see Kayla master this around the 24:00 mark of the video. Once your roulade is rolled, slide one piece of pre-cut twine under the end of the loin and tie. Then slide a piece under the other end and tie. This will secure the ends. Now you can lift the roulade and slide the other two pieces under and wrap around and tie.

When is pork done?

I’ve done a whole post on busting the myths about pork – it’s really my favorite protein to eat. The #1 thing you need to know is that the safe internal pork cooking temperature for fresh cuts is 145° F with a blush of pink. (Ground pork should cook to 160). If you cook pork to this temp – you’ll never have a dry piece of meat again! It’s perfection!!!!

Using an instant read thermometer guarantees you always get it right – and they’re cheap! Once you have reached the desired internal temperature, remove from heat and let it rest for three minutes.

What do you serve with Pork Roulade?

The nice thing about the roulade is you have your vegetables and protein covered – so you just might want to have a carb on the side — or DESSERT! Here are a few of my favorites: 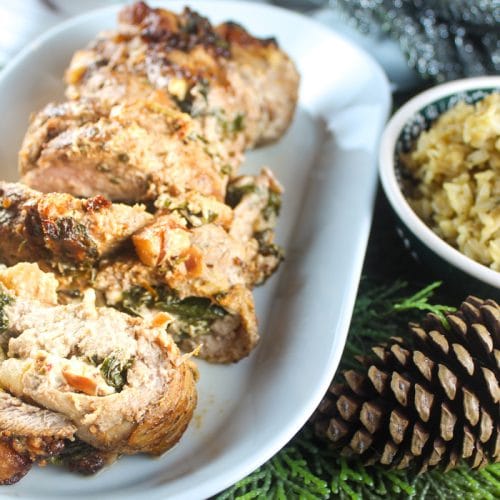