Potlucks are a fun thing and I just don’t get to participate in them near as much as I’d like. I remember in high school there was a potluck every other week! Now – it’s only around holiday time… and I have one dish that is tried and true – as well as quick and cheap!
Six Cup Salad!!! 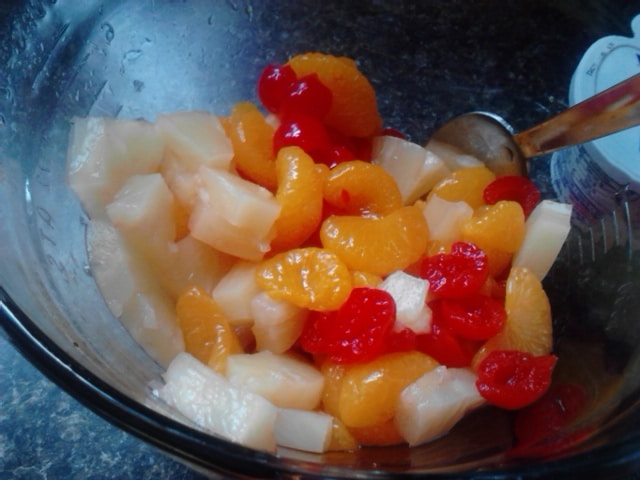 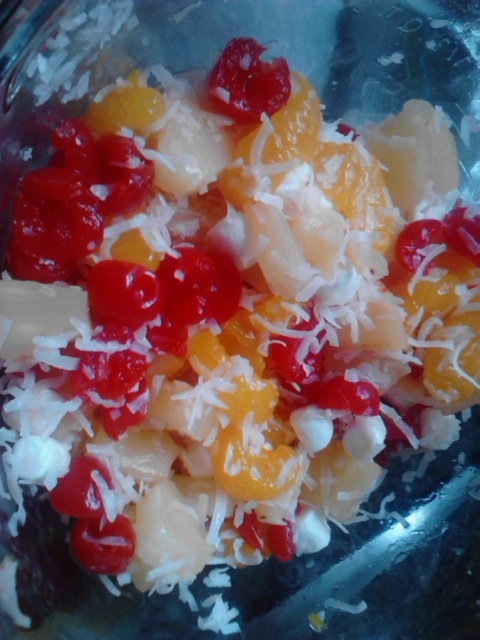 Once you mix it all together – the sour cream gets infused with the fruit juices and is so sweet and delish! The best part of this is if you don’t like one thing – just eliminate it and use something else!

It’s also really fun and colorful – and it has a double bonus – first is it usually gets completely eaten so you don’t come home with leftovers, second bonus – you can hope people don’t finish it so you CAN have leftovers cuz it’s so awesome!!!

Boom! Refrigerate for a couple hours and you’re golden!

Do you have any quick potluck go-tos?