As you know – Thanksgiving is almost upon us! Luckily I was able to try out a Thanksgiving recipe and use coworkers as guinea pigs and YOU WILL REAP THE REWARDS!
We had a Thanksgiving potluck for work and I decided to not chicken out and actually cook something for the feast rather than pick up a lame veggie tray. I did a quick check on the interweb and then grabbed the “stuffing” item on the list.
I realized if it needed to stay hot – the crock pot would be the way to go. Thus I found a recipe on AllRecipes.com for Crock Pot Stuffing. I went with the first recipe and called it a day.
Then the perplexing part – how do you make stuffing at work? Bread is gonna get soggy on a 30 minute car ride – or in the fridge overnight – so it was a dilemma. I ended up doing all the prep the night before. I: 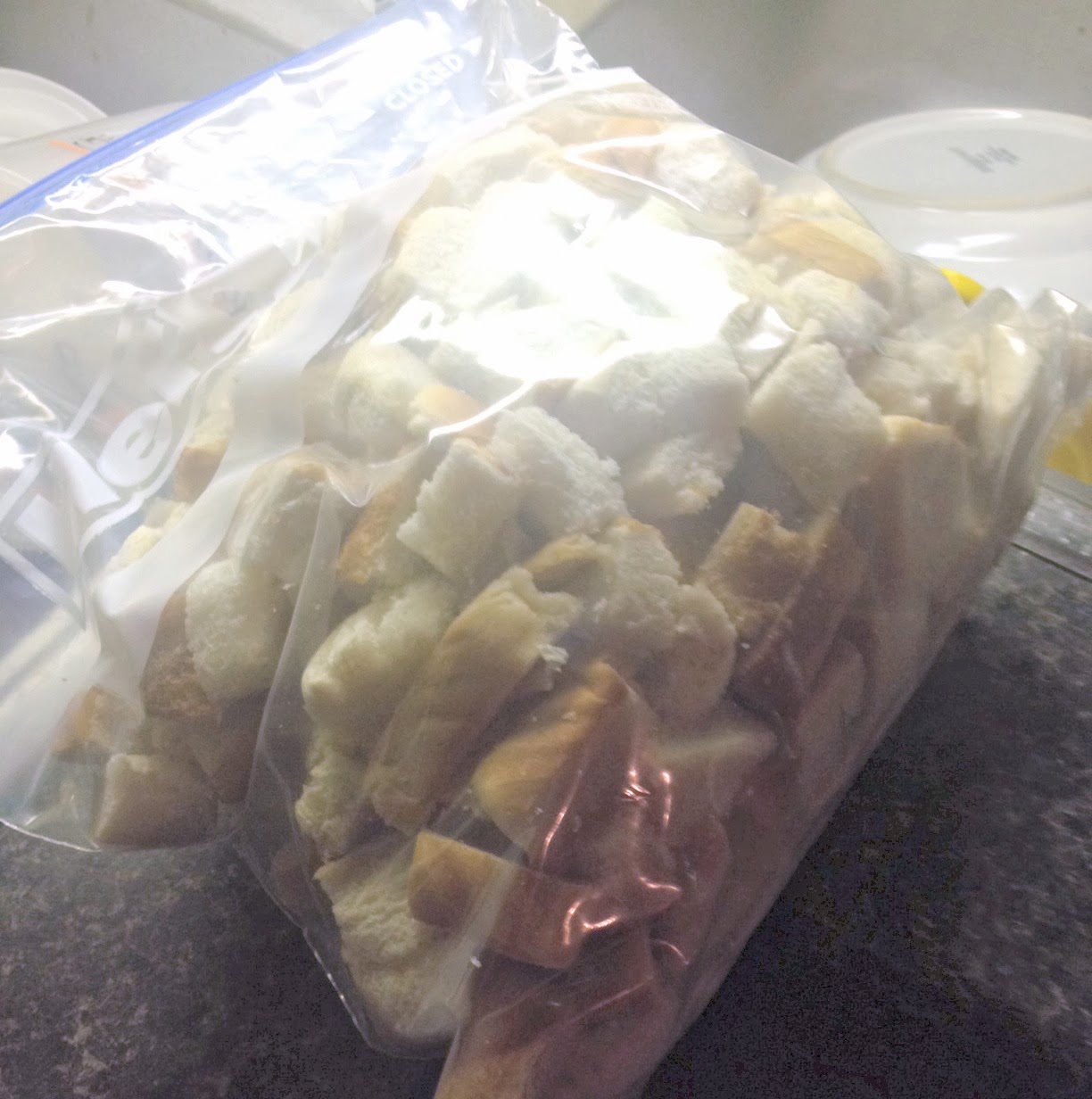 * chopped the bread (and hamburger buns we hadn’t used) 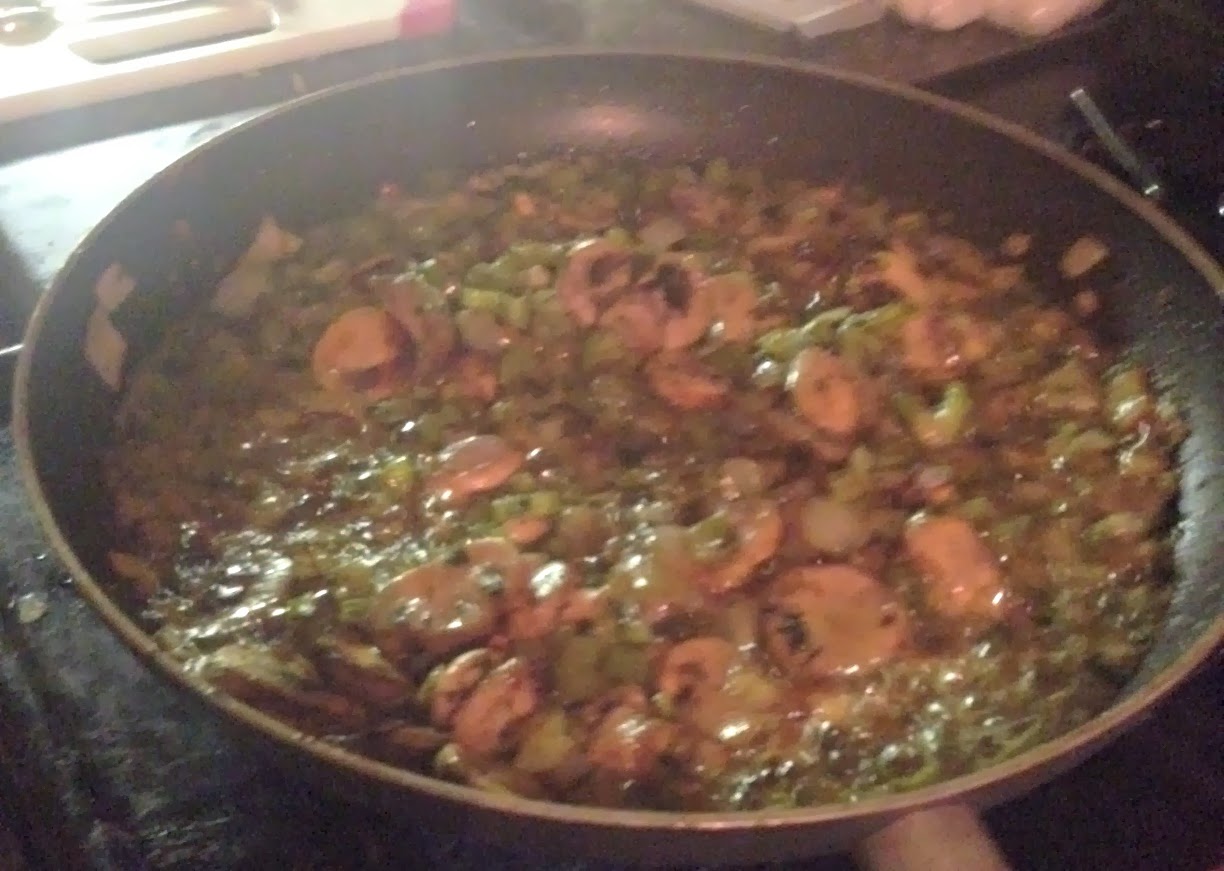 * diced & sauteed the veggies and added the spices
* packaged it all up in ziplocs and storage containers (just like on Top Chef)
Then the next morning – off to work we went!
The first step was mixing the bread and warmed up sauteed veggies. Rather than dirtying a bowl – I decided to mix them up in my ziploc bag! 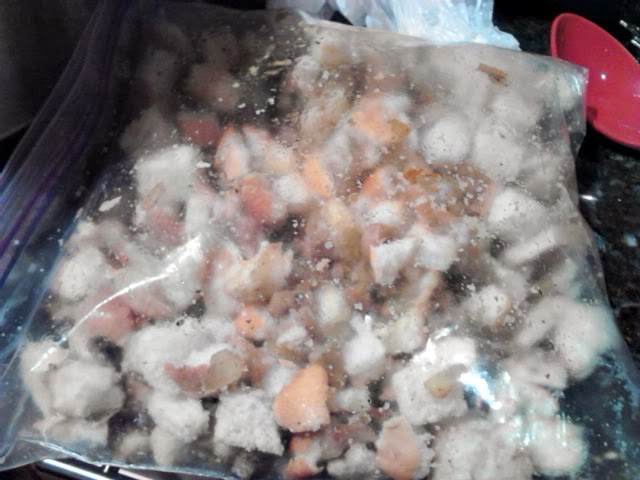 Shake Shake Shake – Shake your bread and your veggies! Then I cracked an egg in it – more shaking!!! 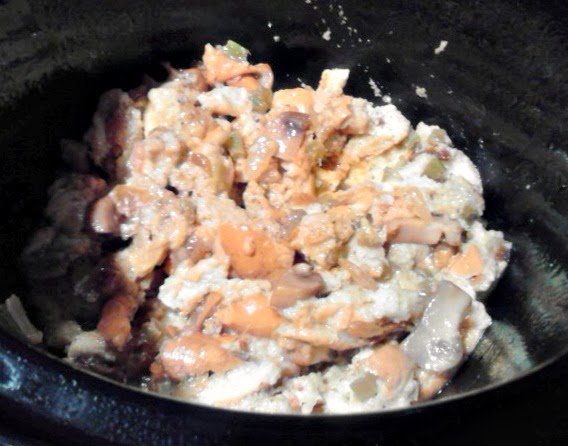 And into the crock pot she went! Yes – those are mushrooms – I love mushrooms.

I did cut the recipe in half – it called for 12 cups of bread. TWELVE CUPS!!! That seemed like a lot and I thought – there’s always so much food at a potluck – let’s just do half.
Then the reality set in – even in my small crock pot – it was only 1/3 full! Oh well – too late to do anything about it now! I added a little chicken broth (not NEAR as much as it called for) and turned it on low for 4 hours. 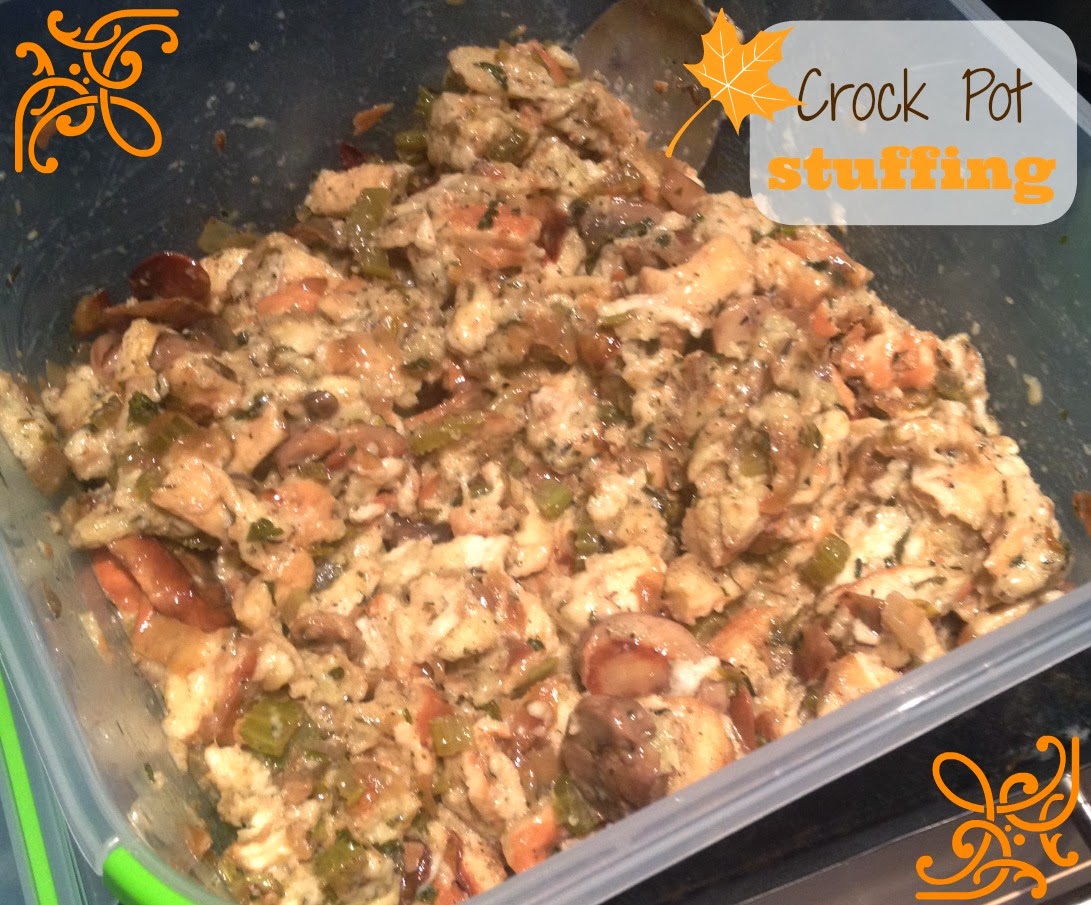 I forgot to take a pic of the browned finished product – but let me tell you – it was DELICIOUS! Everybody kept saying all morning how the kitchen smelled like Thanksgiving and it sure did. But then when my sad little amount of stuffing made it into the bowl – it was gone in a minute! But hey – at least I didn’t have a ton of leftovers to take home!
This stuff was DELICIOUS! I would definitely make this again in a heartbeat. So if you’re looking for one way to lessen your load on Thursday – don’t hesitate to make this one. But…don’t cut the recipe in half…unless you’re only feeding 2-4 people! 🙂


UPDATE: I made this again in 2013 for the potluck. Full recipe this time and it was still gone SO FAST! Delicious! I also tweaked the recipe a bit. Easy and delicious – it’s a keeper!
Happy Thanksgiving!
Author: Food HussyPin it