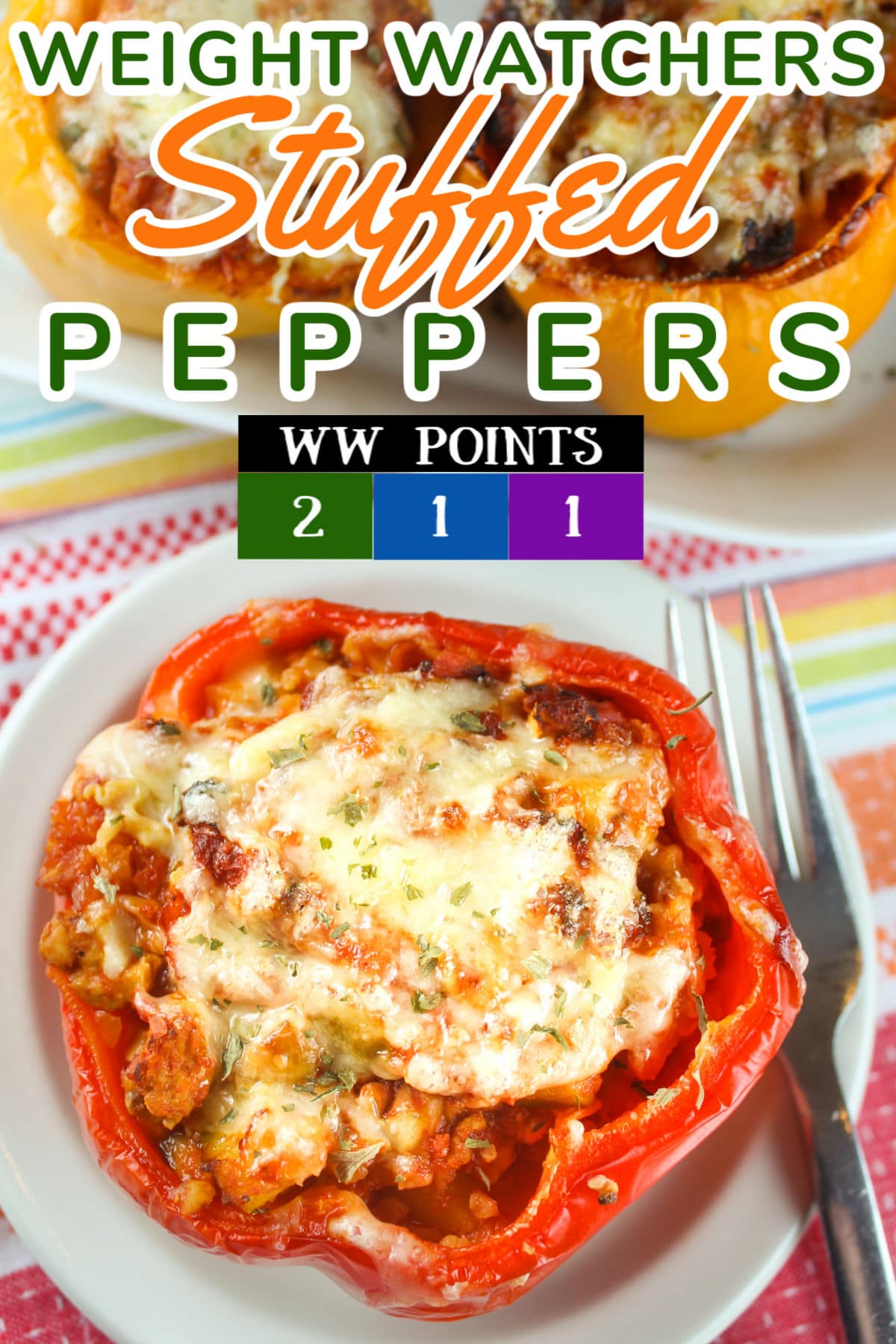 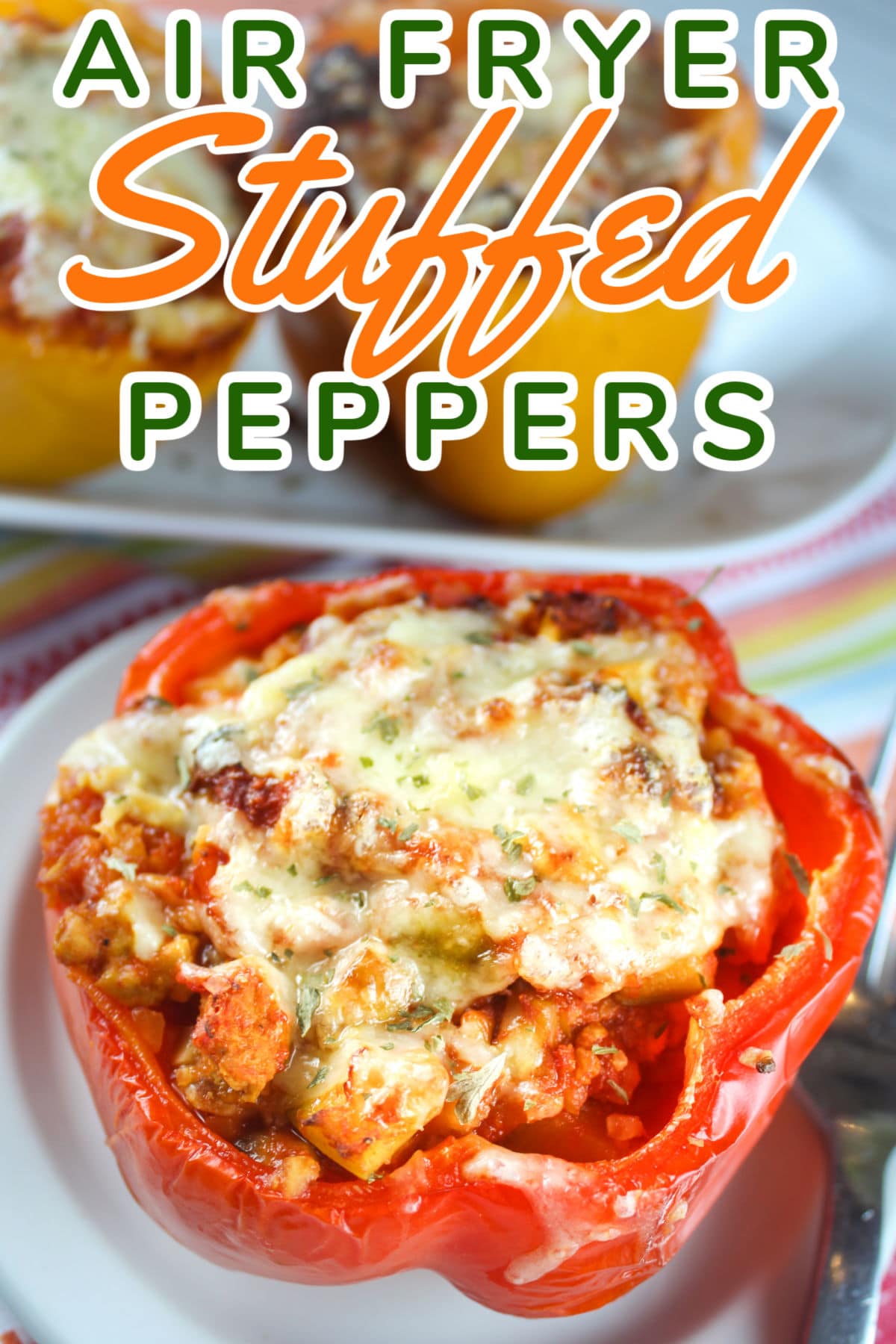 It’s a new year and that means HEALTHY food starts today! These Air Fryer Stuffed Peppers are also made for Weight Watchers! You won’t believe that 1 1/2 peppers are only 1-2 points (depending on your plan) and for those not on WW – I’ll tell you – they are delicious AND HEALTHY!

I had a friend over for a work day and made them for lunch – she couldn’t believe how filling it was for being so good for you as well. There is some ground turkey in them but also lots of vegetables and even a little bit of cheese.

Tell me about Weight Watchers

Weight Watchers has been around forever! I lost 80 pounds on it about ten years ago – unfortunately I gained a lot back after some pretty difficult personal issues. But 2021 is my year baby! I joined Weight Watchers this week and am ready to go! They have different plans based on how you eat and what works for you. You can switch between them too – which is nice. I’m starting on the Green plan – which gives you the most “points” but the least amount of “zero point” foods.

I’m going to be putting the points for every recipe right up front so you know when you come in what you’re getting depending on your plan. I would love to know who else is on WW – or if you want to get healthy too – join me – you get three months free – and we can keep each other accountable!

These Weight Watchers stuffed peppers are filled with ground turkey and lots of veggies! They’re also super easy to make – so let’s do it!

How long to cook Stuffed Peppers

AIR FRYER: Place the peppers into the air fryer and air fry at 350 for 10 minutes. Top with cheese and air fry five minutes more.

Can you freeze stuffed peppers?

Yes! You want to freeze them BEFORE you bake them if you can. The soft peppers won’t reheat well if you do it after you bake.

What to serve with Air Fryer Stuffed Peppers

We actually had a hard time coming up with ideas of what to eat with them! They’re sort of an all-in-one meal with rice, meat and veggies!

16+ Must Have Air Fryer Accessories

Here’s my ultimate list of best air fryer accessories – whether you have a basket- or oven-style! I’ve also included a price guide as well as my favorite recipes for those accessories. 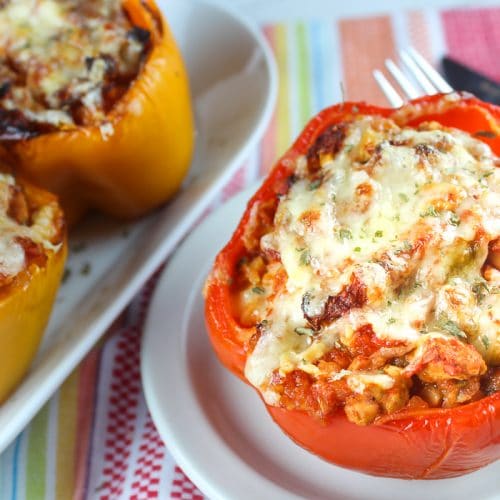 It's a new year and that means HEALTHY food starts today! These Air Fryer Stuffed Peppers are also made for Weight Watchers! Stuffed with ground turkey and lots of veggies, you won't believe they are only 1-2 points per serving. For those not on WW – just know – they are delicious AND HEALTHY!
4.77 from 13 votes
Print Recipe Pin Recipe
Prep Time 5 mins
Cook Time 25 mins
Total Time 30 mins
Course Entree
Cuisine American
Servings 4
Calories 400 kcal