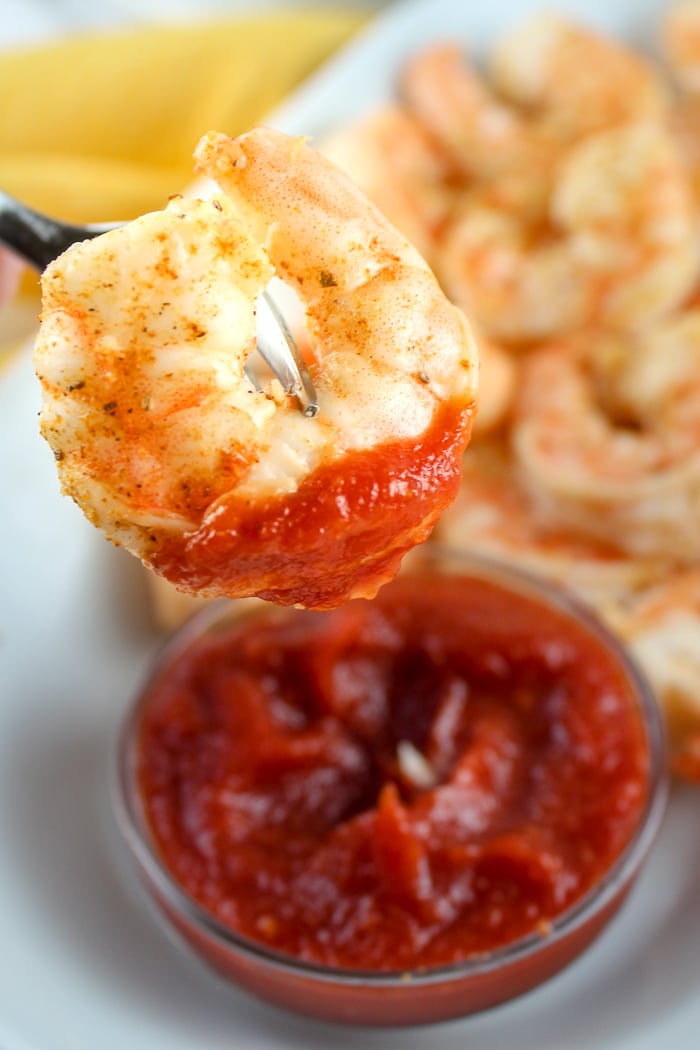 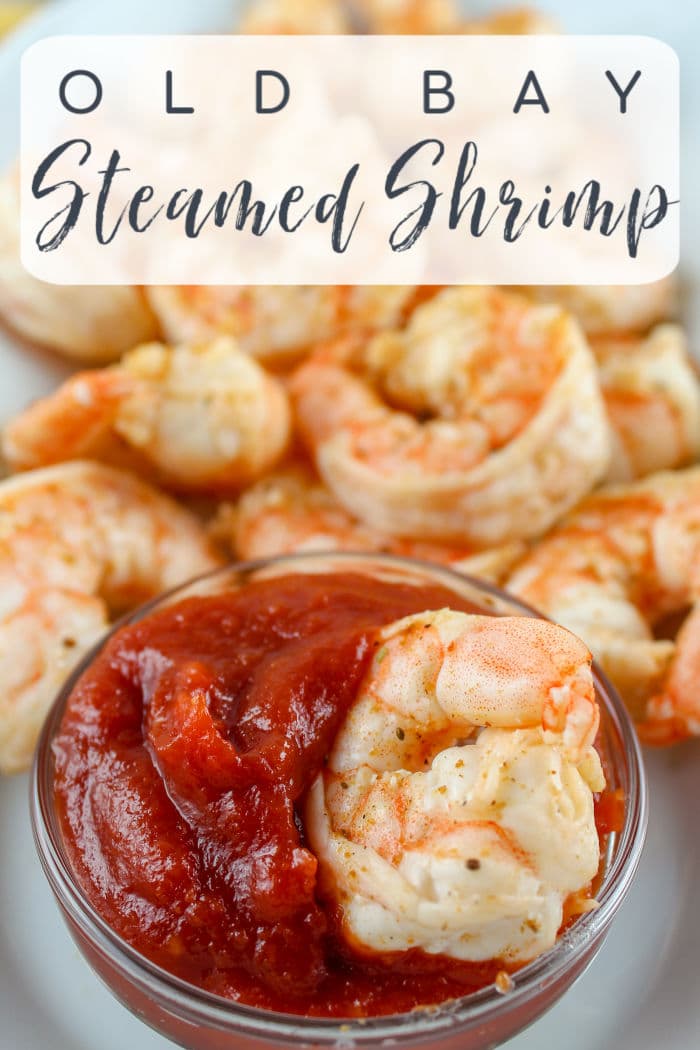 Old Bay seasoning is a favorite and this easy recipe for Old Bay Steamed Shrimp is ready in FIVE MINUTES!!! It’s light and flavorful – great to serve with veggies and garlic bread!

These Old Bay Steamed Shrimp are great as an appetizer or even a main dish – they’re simple and I swear to you – they were ready in LESS THAN FIVE MINUTES!!! Raw shrimp cooks so fast!

It’s more than just shrimp! Here’s what you need:

How to steam shrimp?

This Old Bay Steamed Shrimp recipe is super easy, takes minutes to make and is my favorite way to have shrimp! This cooks in just 2-3 minutes so have all your side dishes ready ahead of time!

What type of shrimp should I use?

There’s a few things to keep in mind when buying shrimp:

Do I need a steamer basket for the Old Bay shrimp recipe?

Nope! You can use a steaming basket if you’d like – but there’s just a little water in the pan – so you can use a small strainer if you have one, a baking rack (if it fits in your pan) or even just pop the shrimp in the water!

How long to steam shrimp?

Steaming shrimp is a simple way to serve shrimp – but you want to be sure to NOT overcook. Once your water is simmering and you add the shrimp – it only takes 2-3 minutes until the shrimp turns pinkish white.

How to season steamed shrimp?

For Old Bay Steamed Shrimp – you should add the seasoning into the water as its simmering.

When you serve the Steamed Shrimp – it’s similar to shrimp cocktail but warm – you can serve it a number of ways:

What to Serve with Steamed Shrimp

This steamed shrimp would be delicious on this Shrimp Louie Salad! But, if you’re looking for other great recipes with shrimp – I’ve got you covered! You could toss the cooked shrimp into this Cajun Pasta recipe at the end, pop them into tortilla shells for shrimp tacos or use them in this seafood pasta salad instead of crab meat! 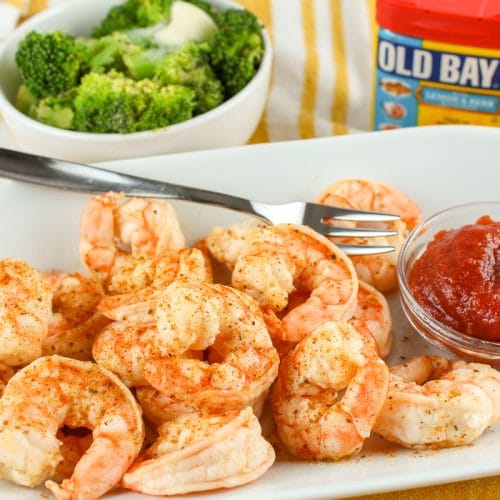