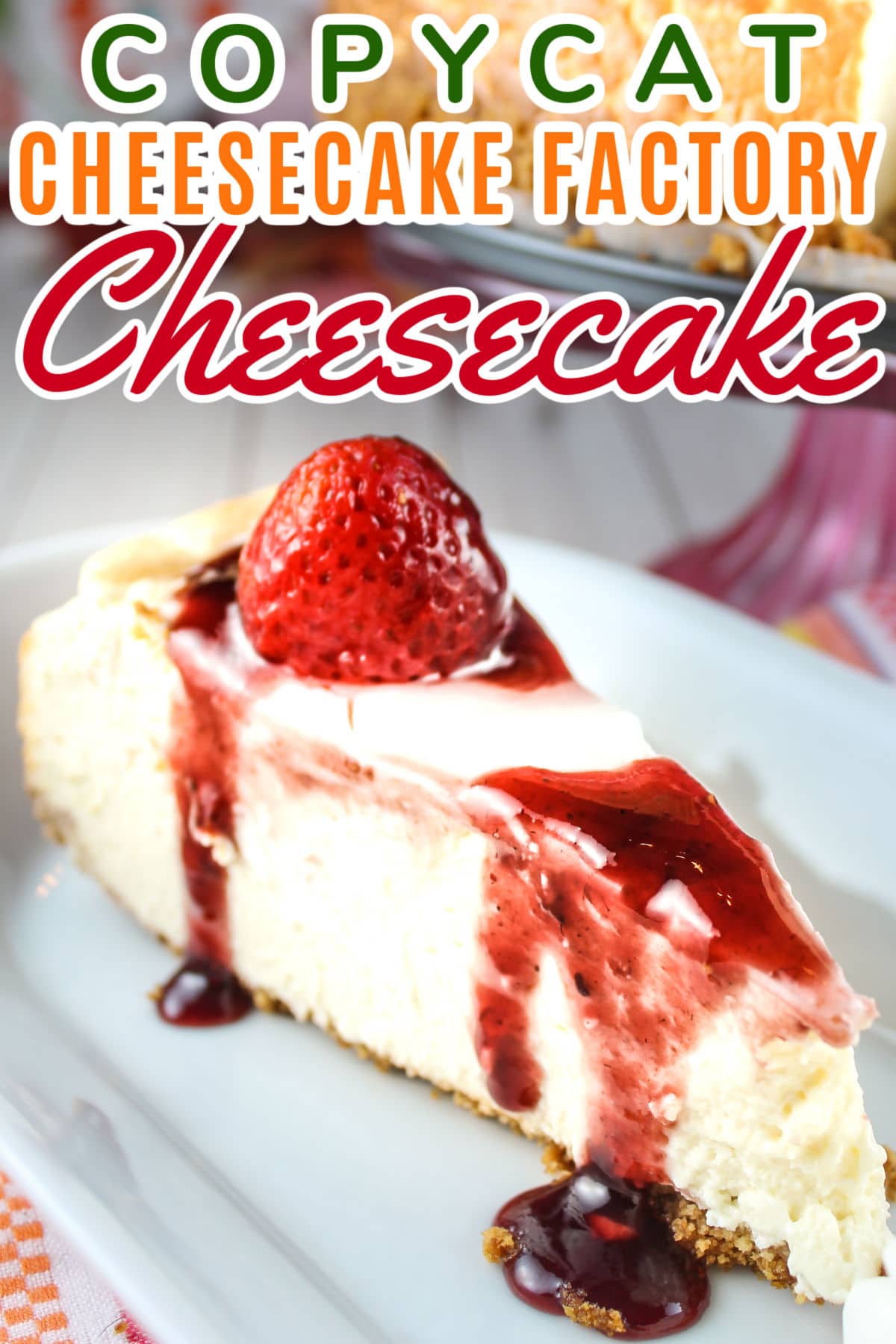 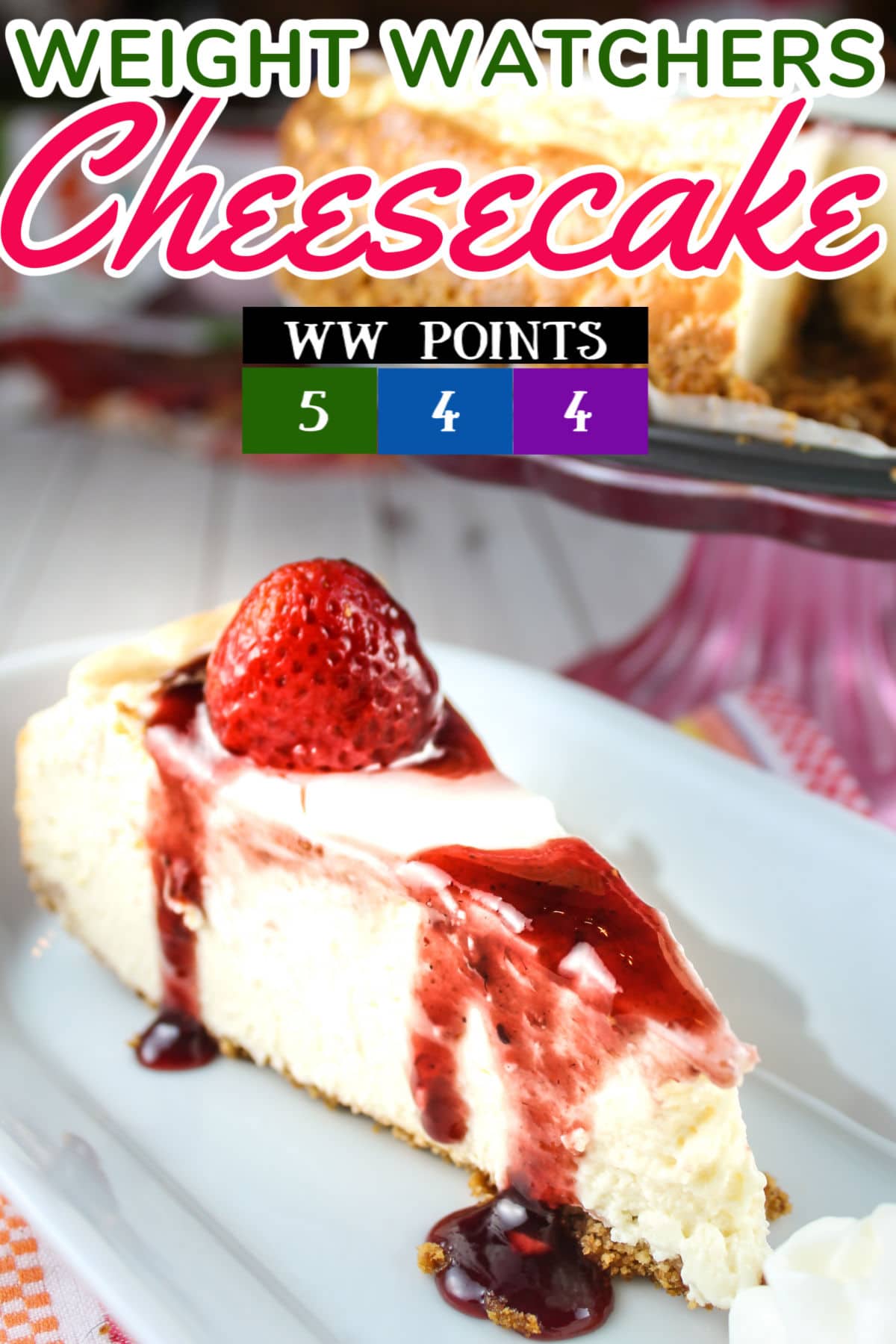 This Weight Watchers Cheesecake recipe is SO DELICIOUS! You wont’ realize it’s “light” (I won’t actually call it healthy – haha). I started with a Cheesecake Factory Original Cheesecake Recipe and then substituted ingredients to make it healthier.

This Cheesecake Factory Cheesecake recipe makeover is CRAZY – 24 WW points down to FOUR OR FIVE!!!!! It’s got some ingredient swaps – but in the end – it’s thick, rich and creamy – I love it! Top it with strawberries and you’ve got a five star dessert!

You’ve got three major components for this low calorie cheesecake recipe, the crust, the filling and the topping!

How to make Weight Watchers Cheesecake?

Cheesecake is fairly easy to make – I’m not sure why I waited so long to make it. I made an air fryer cheesecake and it was tasty! This time, I decided to make oven cheesecake. There’s a few steps but none are difficult:

How can you make cheesecake more healthy?

There were a few ingredient swaps that were crucial to reducing the fat and calories in this cheesecake – which dropped the points down to 4 points for the purple or blue plan and 5 points for the green plan (you’ll have to check the points yourself on the new personalpoints plan).

Does it taste a little different? Yup. Its funny because when I took my first bite – I was like – well – let’s see how the heck this turned out?! I was NERVOUS! But I was happily surprised – it was really great!

I also topped the cheesecake with fat free whipped cream and just a touch of this Robert Rothschild Farm Raspberry Almond Drizzle. It’s added just the right amount of sweetness! I love their stuff! I made some salmon cakes and used some of their bacon chutney on burgers. Yum!

Tell me about Weight Watchers and the Points

Weight Watchers is a great way to teach yourself portion control and lose weight. I’m down six pounds in just a few weeks! I like the flexibility that I can eat whatever I want as long as I stay within the points I’m provided each day. A piece of Cheesecake Factory’s Original Cheesecake is 24 points…I get 33 for the day. That is NOT happening! This Weight Watchers Cheesecake recipe is 4 points on blue & purple and 5 points on green! Be sure to head over if you’re interested and learn more – they always have specials for new members.

These aren’t all Weight Watchers – but I’ve got a couple other versions for you too! 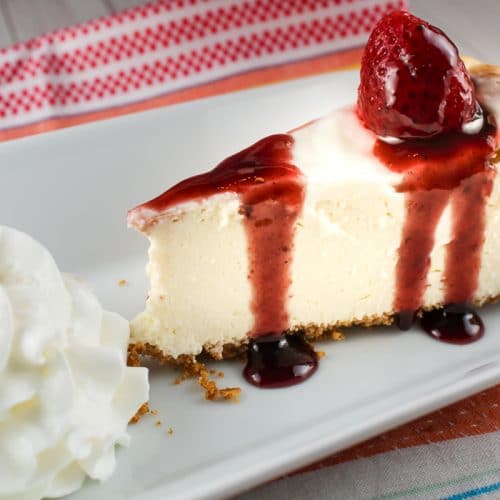