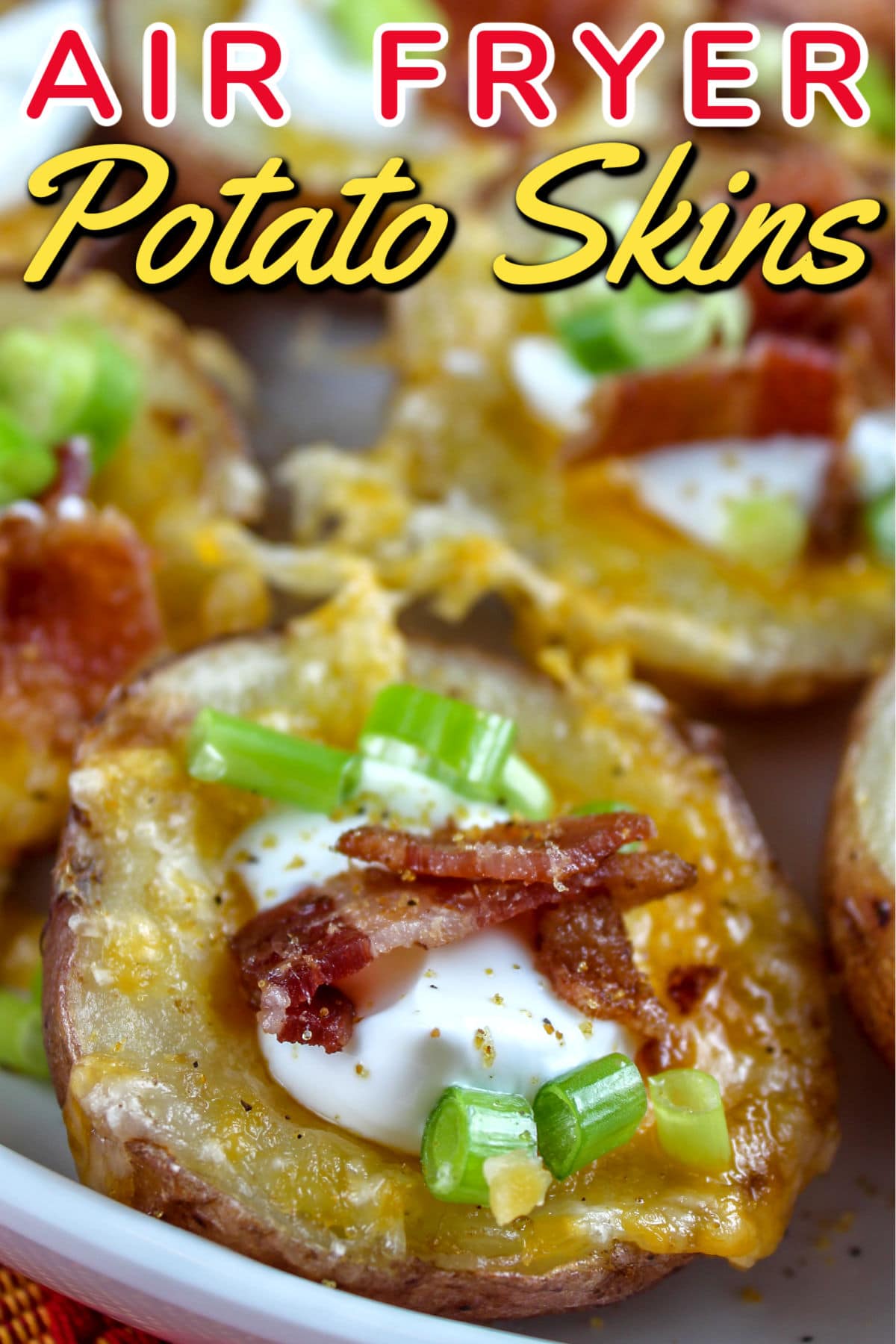 I’m a SUCKER for potato skins – I mean – what’s not to love? I’ve never made them at home – until now! These air fryer potato skins are so much quicker and man on man – I can tell you – I ate the whole plateful. Oye! Cheese, bacon, sour cream – I’m hungry again already!

I really like sports bar food and normally that’s the treat for me is to get these delicious appetizers when I go out with friends. With quarantine keeping me home, I had to figure out how to make them at home. This one was fun and simple…and most importantly cheesy!

What kind of potatoes should you use for potato skins?

I’m not sure there’s a bad potato to use for these! You can use small russets, Yukon Gold or Red Potatoes. I used fairly small red potatoes so they would be 1-2 bites. I found mine at a Farmers’ Market – but really – any potato is a good potato!

How to make potato skins in the air fryer?

This is so easy and actually pretty fun! You’ll want to cook the potatoes first so they’re fork-soft. These guys were small so it only took five minutes in the microwave (poke them with a knife a couple times before you nuke them). Let the potatoes cool – then slice them in half and using a small spoon – scoop out the insides – but be sure to leave a rim around the edge. You still want some tater in there!

While the potatoes are microwaving – cook your bacon in the air fryer. Just lay the strips in your air fryer and place something on top of them so they don’t blow around. I usually lay a couple of butter knives on top of them and they stay flat. Remove bacon and let cool slightly.

Final step – top with your chopped bacon, green onions and sour cream! So delicious! Try hard not to eat them all!

Yes – you definitely could freeze them at the step before you add the cheese. You could even add the shredded cheese but not heat it and freeze at that point. I would place them on a cookie sheet covered with something like Press ‘n Seal until they freeze and then pop them off and into a freezer bag. Then you could take out a few and make whenever you want (omg – I’m doing that tomorrow!!!). 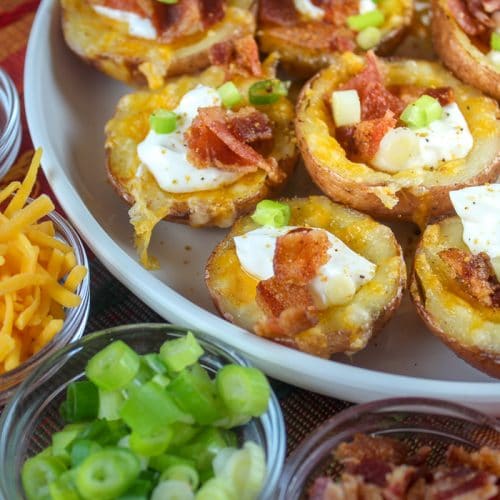 You can use Russets, Yukon Gold or Red potatoes – the larger the potato, the more time you’ll need in the microwave to pre-cook