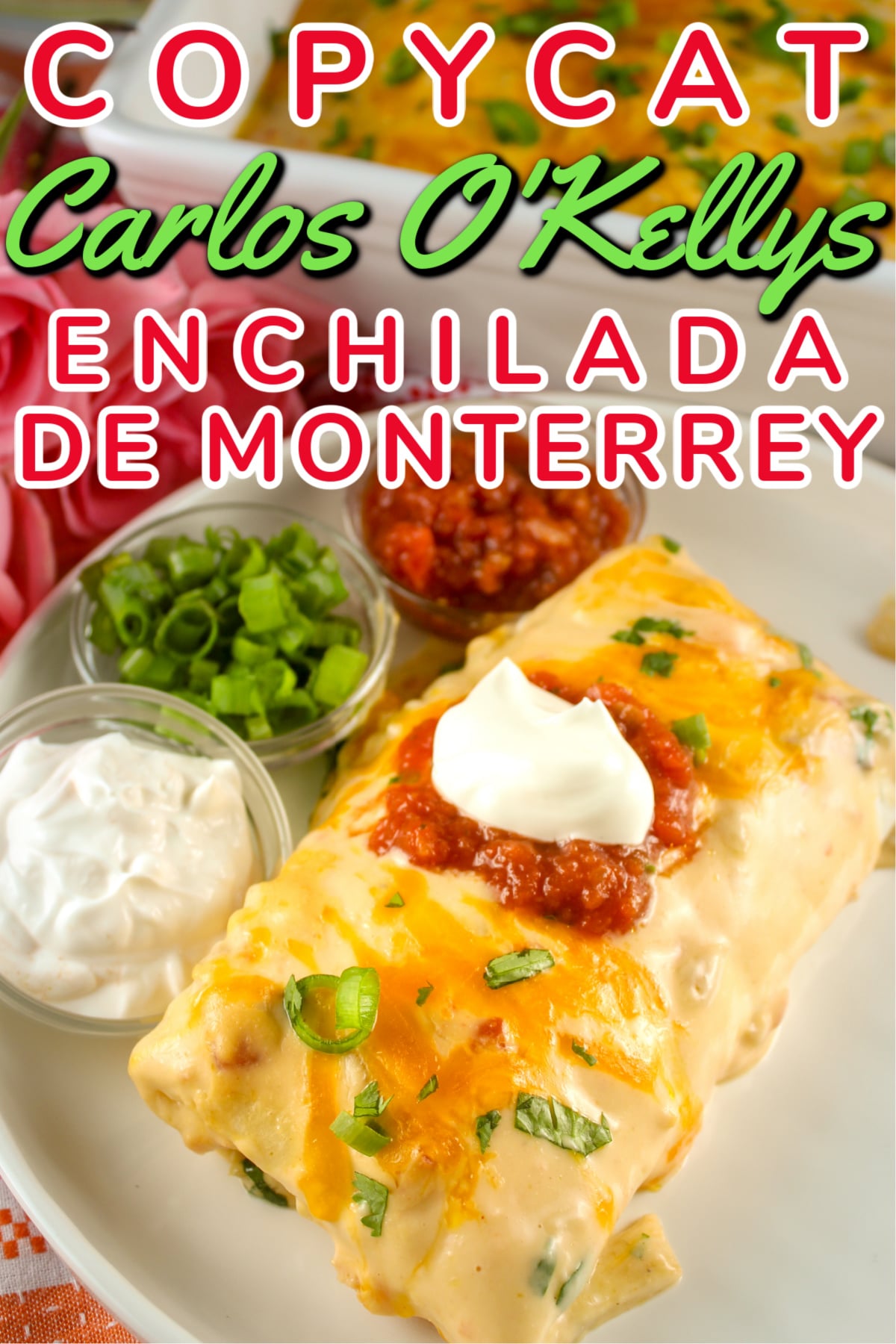 One of the best selling dishes at Carlos O’Kelly’s is their Enchilada de Monterrey! Pulled Chicken and Monterrey Jack rolled in a flour tortilla and covered with cheese enchilada sauce – it’s so good!

If you’re not familiar, Carlos O’Kelly’s is a chain Mexican restaurant in Iowa, Kansas and Nebraska. Their very first location was actually in Marion, IA and that’s the location I’ve been to a million times! I didn’t even know it was the OG! haha! They are super famous for their queso and their salsa – but I couldn’t just stop there – I had to make more of their dishes!

How do you make Enchilada de Monterrey?

Enchilada de Monterrey takes a bit of time – but the most time-consuming part is the chicken and you can make that ahead of time. First poach the chicken thighs & breast and then saute onion and add the chicken. Then you’ll add a load of delicious seasonings along with salsa, green chiles and chicken broth and let it cook down. Then the chicken needs to refrigerate overnight.

When you’re ready for dinner, whisk together nacho cheese, cream of chicken soup, chiles, salsa, sour cream and seasonings and then heat to simmer. This is your cheese enchilada sauce and it’s AMAZING!!!!!

Finally – put it all together! Roll the flour burritos with chicken and colby jack cheese – then pop them in a making dish and top with the cheese enchilada sauce and a little more shredded cheese and bake for 25 minutes. Dinner is served!

Can you freeze Enchiladas de Monterrey?

Yes! This recipe makes 8 LARGE enchiladas – so I took half of them and froze them right off the bat. Then the rest I parsed out into glass containers for lunches (still working from home!). To reheat, thaw completely in the refrigerator and then heat in the oven or microwave. The tortillas do sog a bit – so you could freeze the chicken filling on it’s own – it’s so good!

Here is a list of the other copycat recipes from my favorite Mexican restaurants: 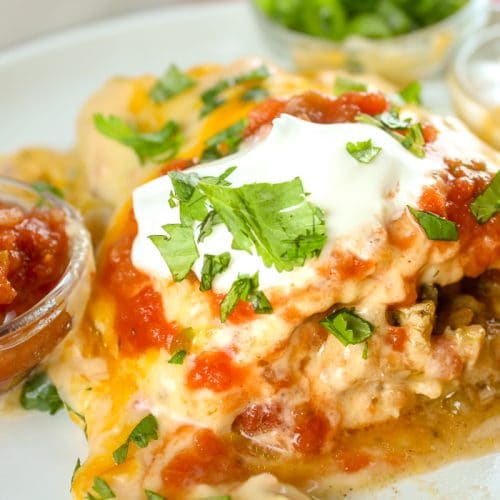 This makes a lot of cheese sauce – it’s hard to cut the recipe down more – but you can reuse on tacos, fajitas, salads or even use as a chip dip hot or cold!