This post is sponsored by Curly’s. All opinions are my own.
I’m always looking for quick and easy meals that I can make when I get home from work. Unless I plan ahead (haha) – I need something that can be on the table in 20 minutes or less.
One of my favorite quick serve meals is empanadas! Now – there are the REAL empanadas – and I love them – where you make the dough and the fillings – they’re amazing – but guess what – ain’t nobody got time for that! 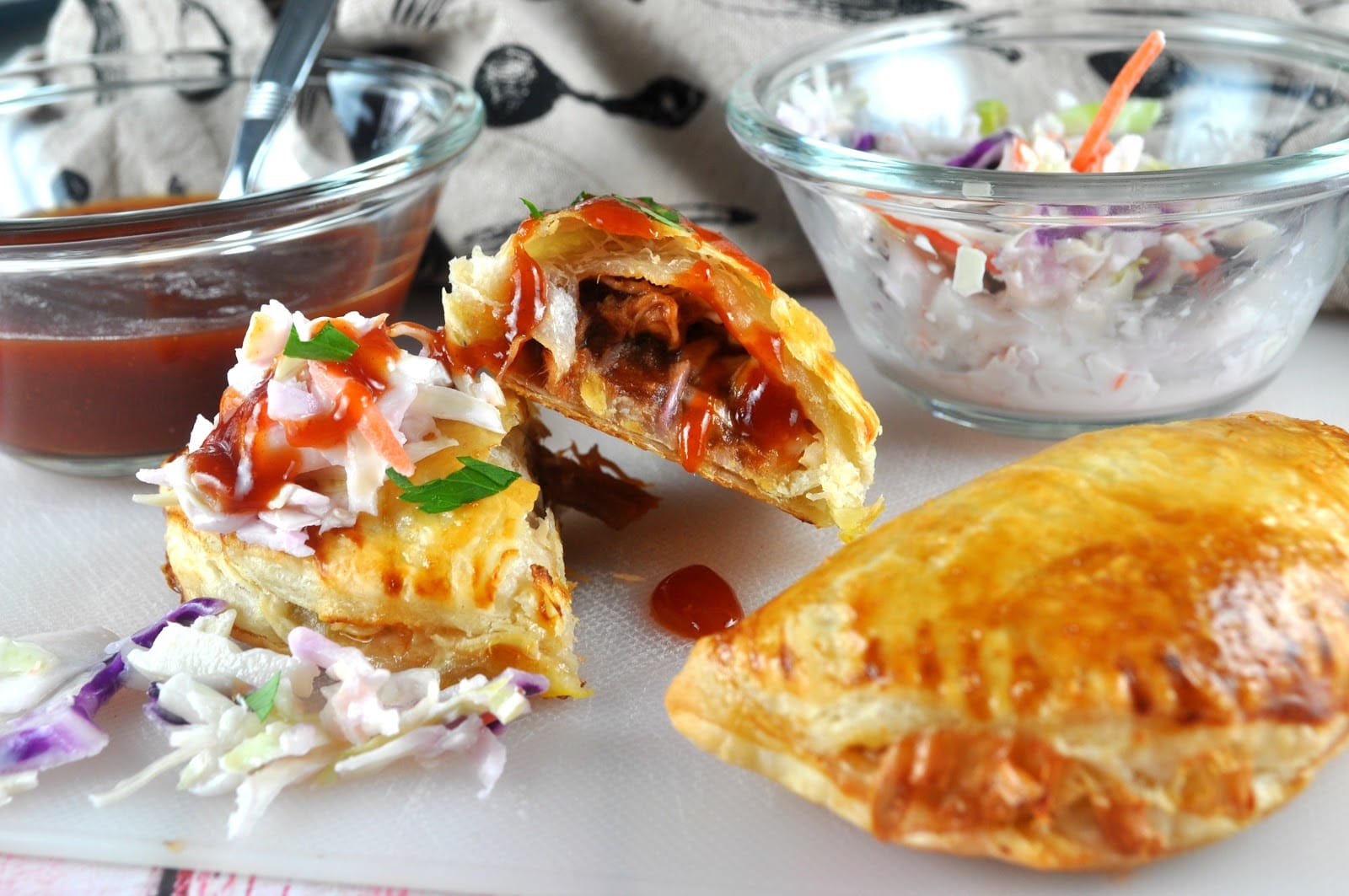 I’ve got a super easy short cut for you – puff pastry! I got a roll of puff pastry and some Curly’s Pulled Pork and went to town! I made three varieties of pulled pork empanadas and they were on the table in less than 20 minutes! 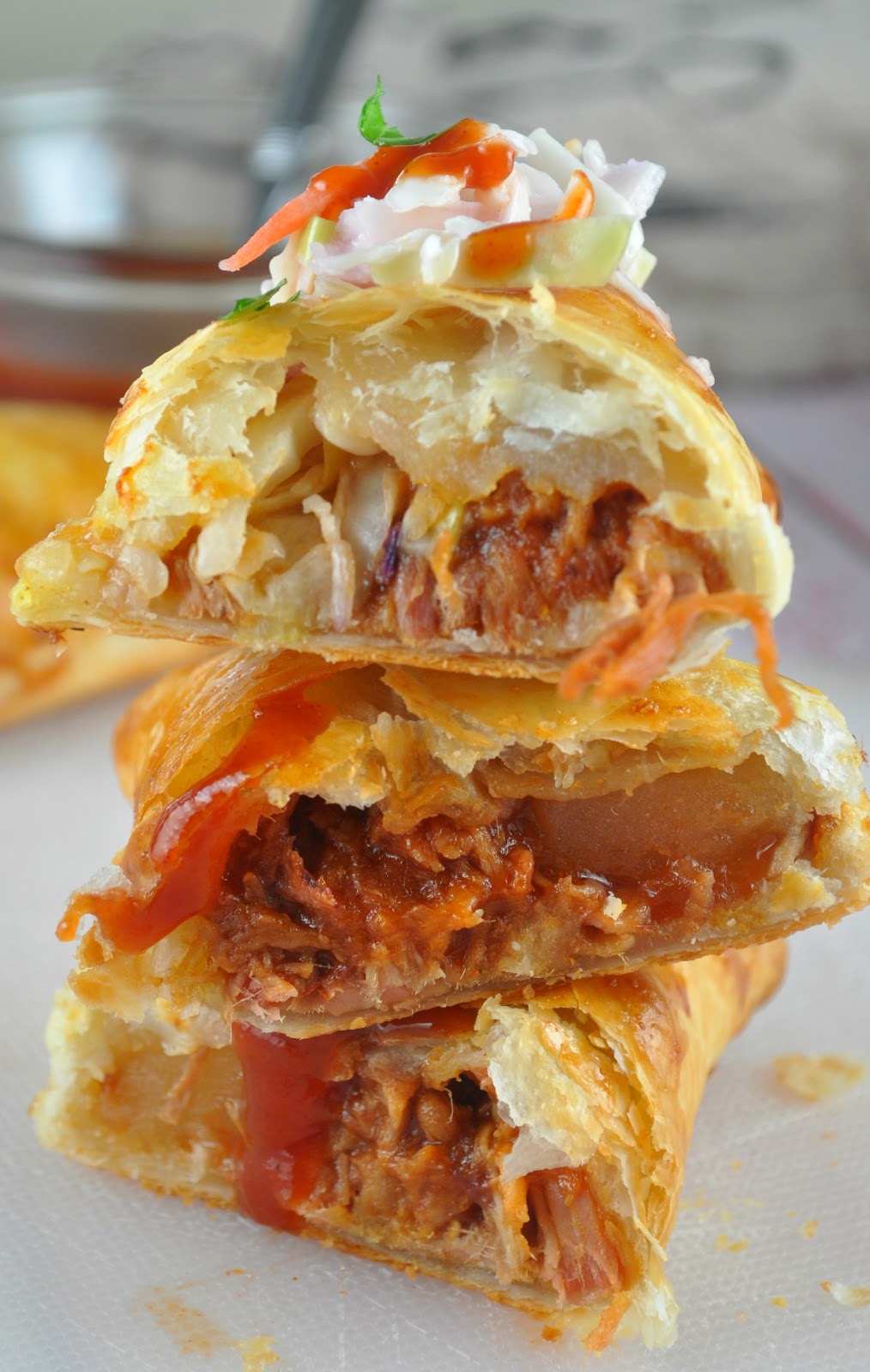 These were so easy to make and the little twists on them were super simple as well – from top to bottom: 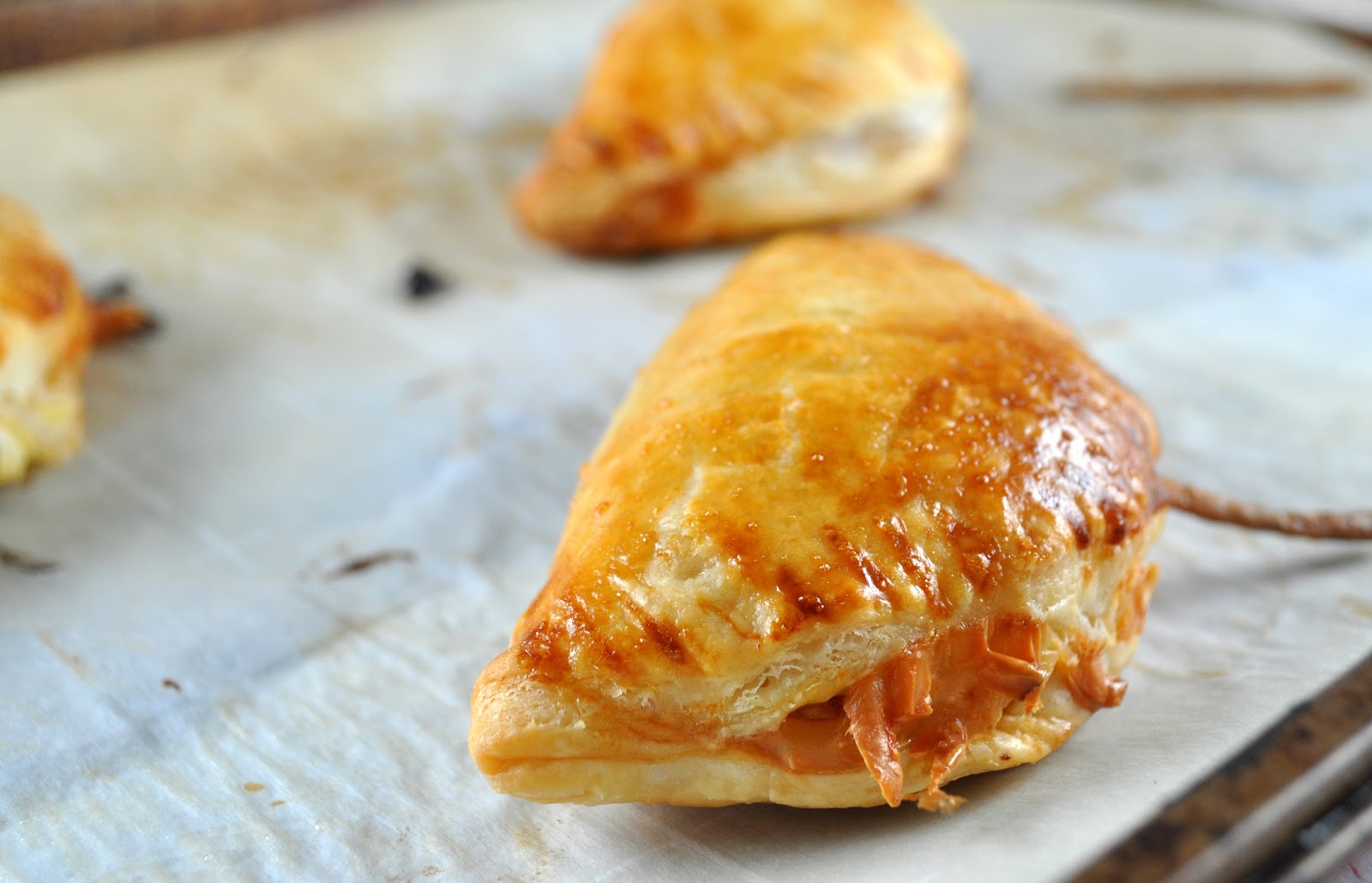 They were super simple to make – I just unrolled the puff pastry and used a small plastic IKEA bowl and cut circles out of the pastry. Then add a heaping spoonful of Curly’s Pulled Pork on top and my add-on topping. (You can find Curly’s in the refrigerated meat case at the grocery store.) Then fold over and pinch together with the edge of a fork. 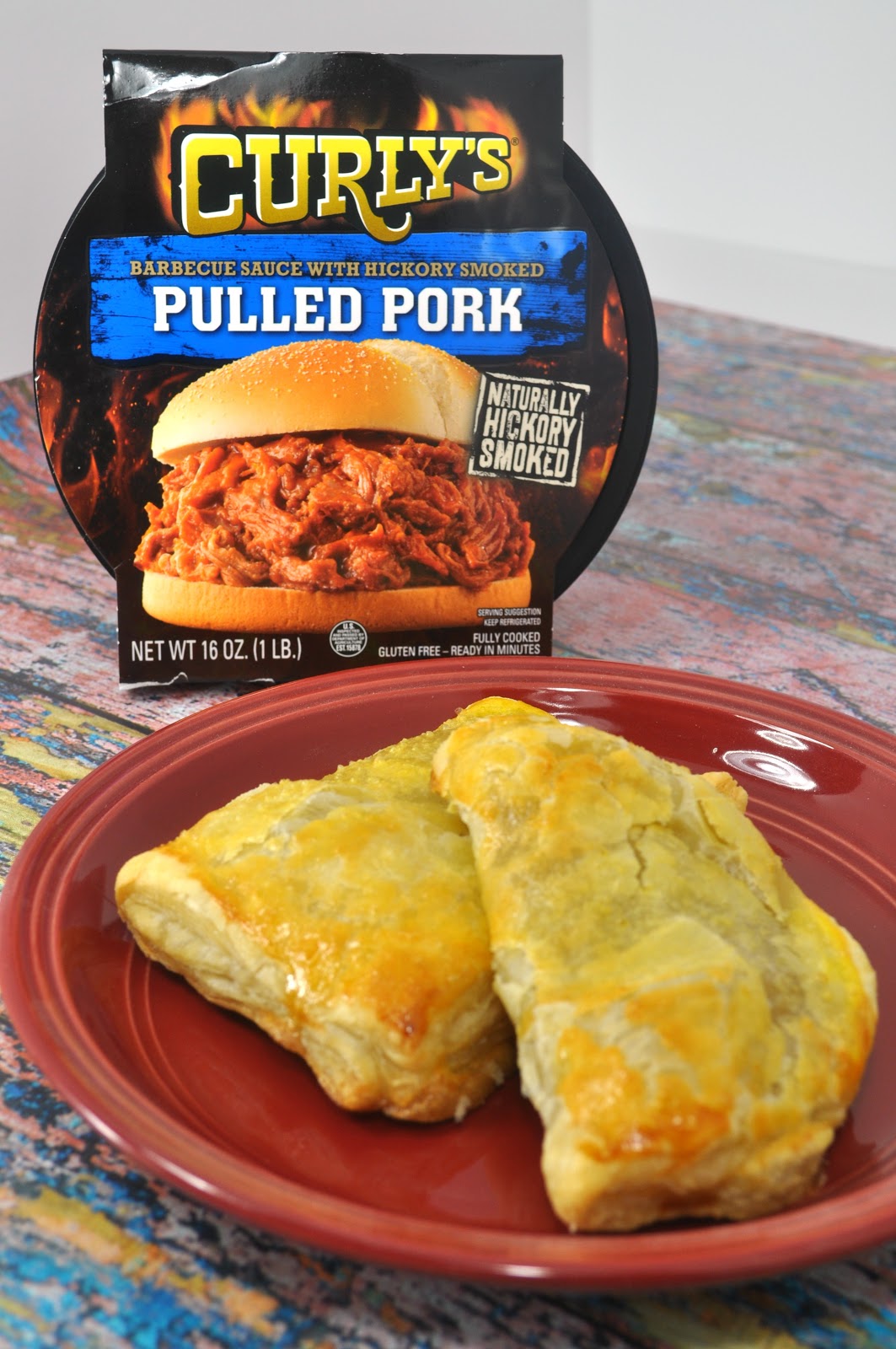 I basted mine with a beaten egg – that gives them that shiny golden brown color. My husband is allergic so for his – I just brushed on a little butter. It doesn’t give it the pretty color – but who doesn’t need a little more butter. 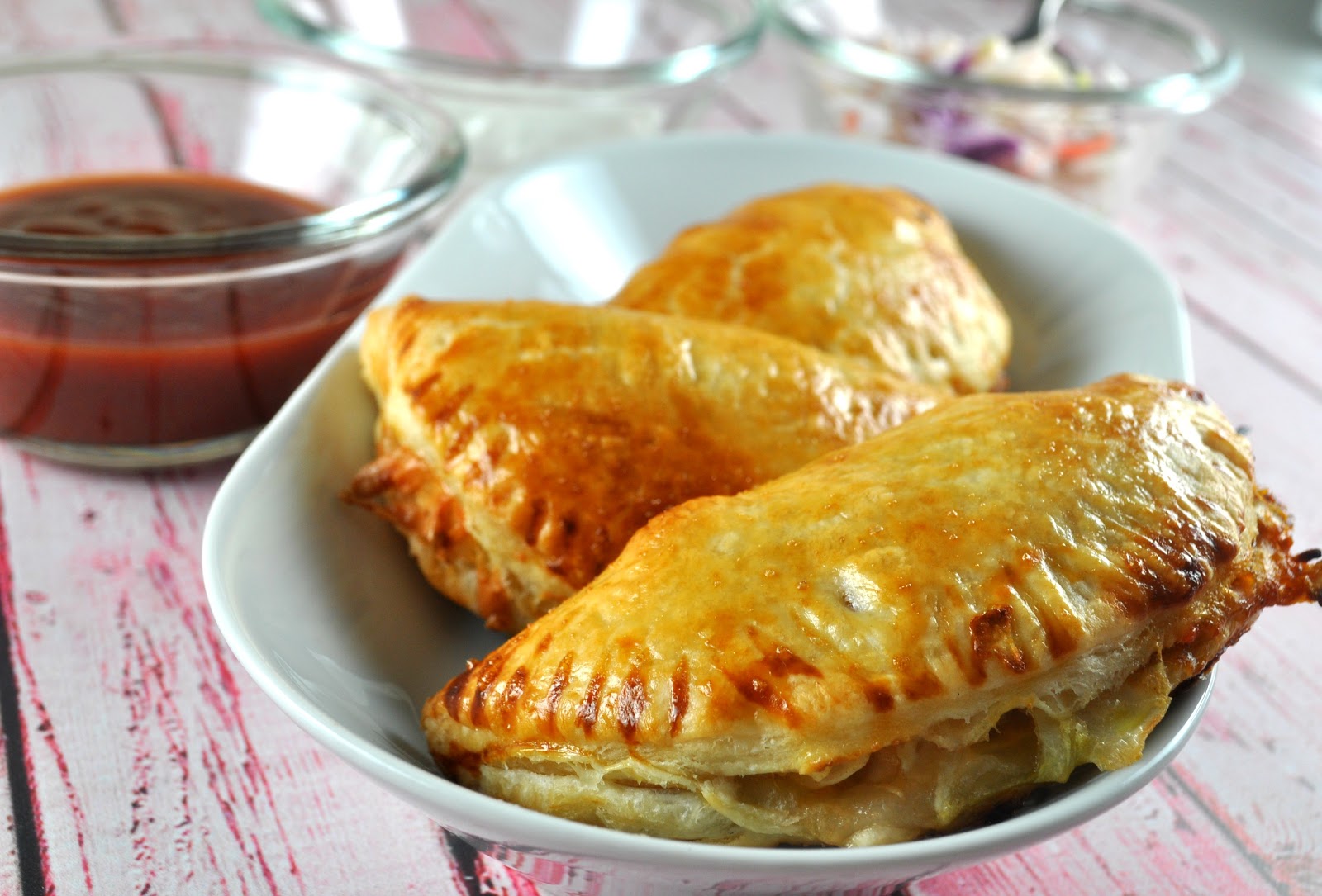 After you bake them for 15-20 minutes at 425 – dinner is served! They took just five minutes to put together and then 15 minutes in the oven. That’s just enough time for me to sit and pet the puppies before having them drool at my feet while I enjoy my empanadas! 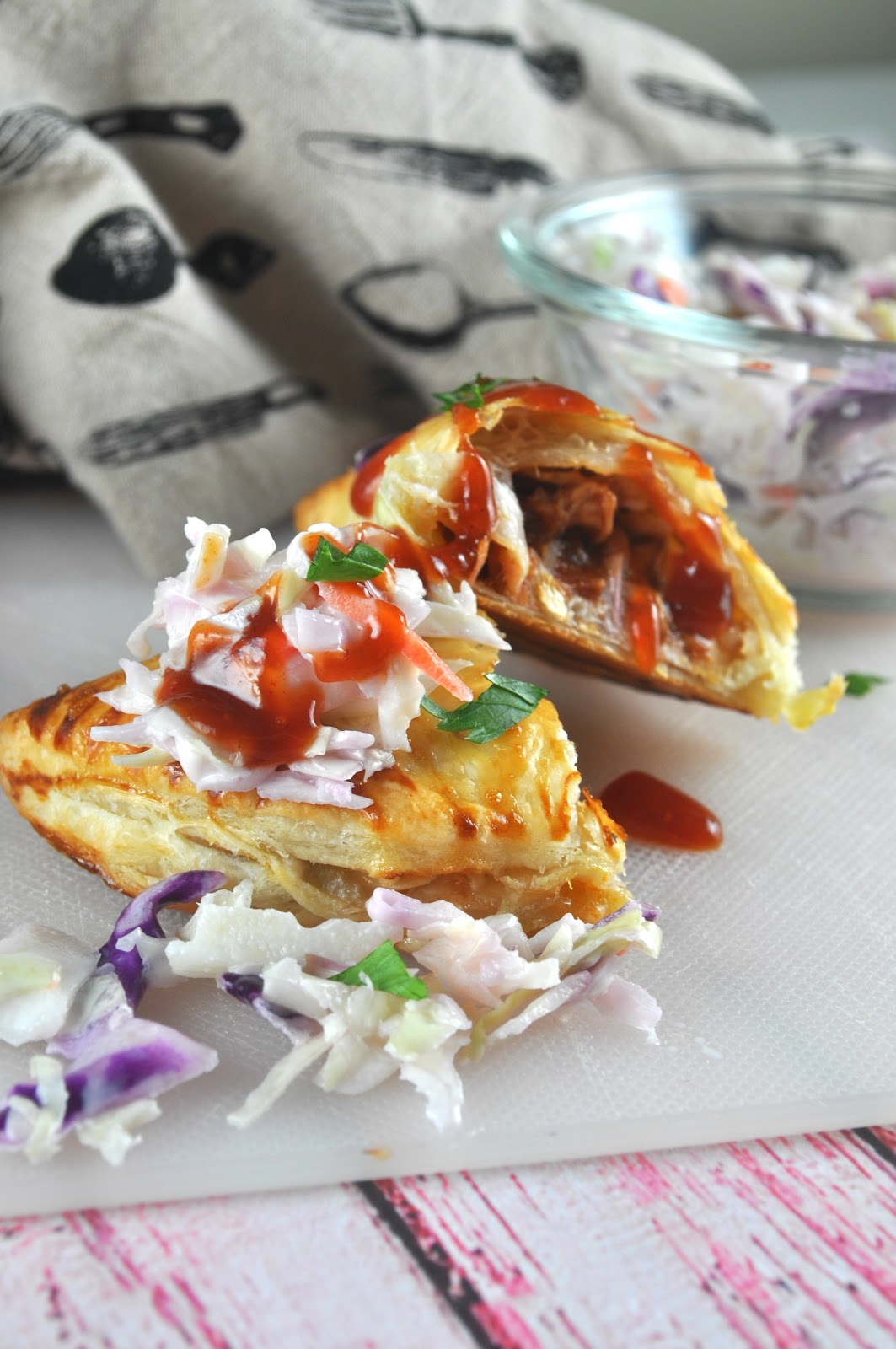 Once they came out of the oven – you could top them with more fun too! The ones with the cole slaw on the inside – I added a little more on top with BBQ sauce. These empanadas are the perfect little hand pie! And if you have kids in the house – what kid doesn’t want to eat dinner with their hands?! 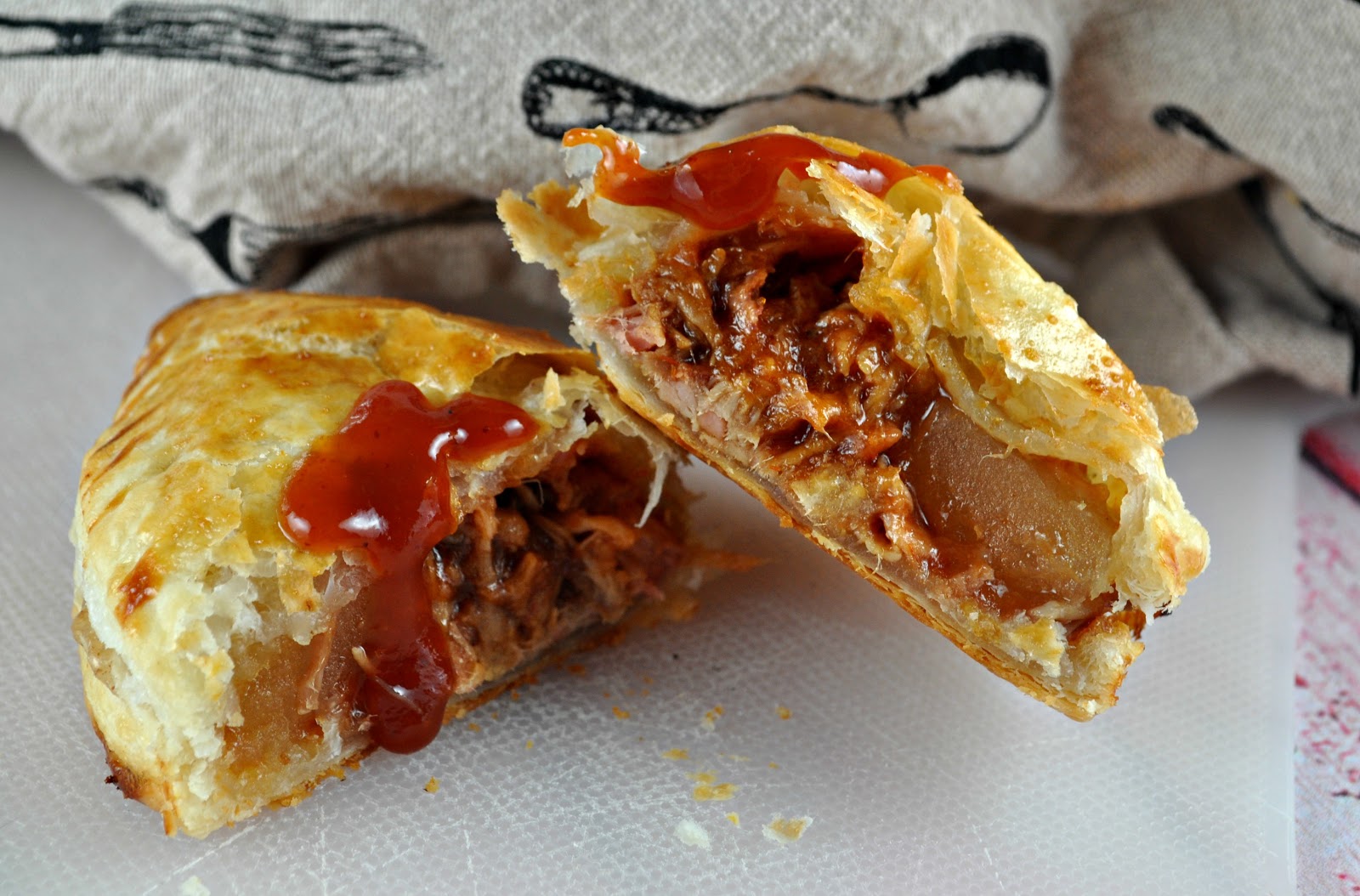 I have to admit – the apple pie pulled pork empanada might have been my favorite! The sweet of the apple really does pair well with the pulled pork. It’s like my own version of PORK CHOPS + APPLESAUCE!!! This one I just topped with a tiny bit of bbq sauce. 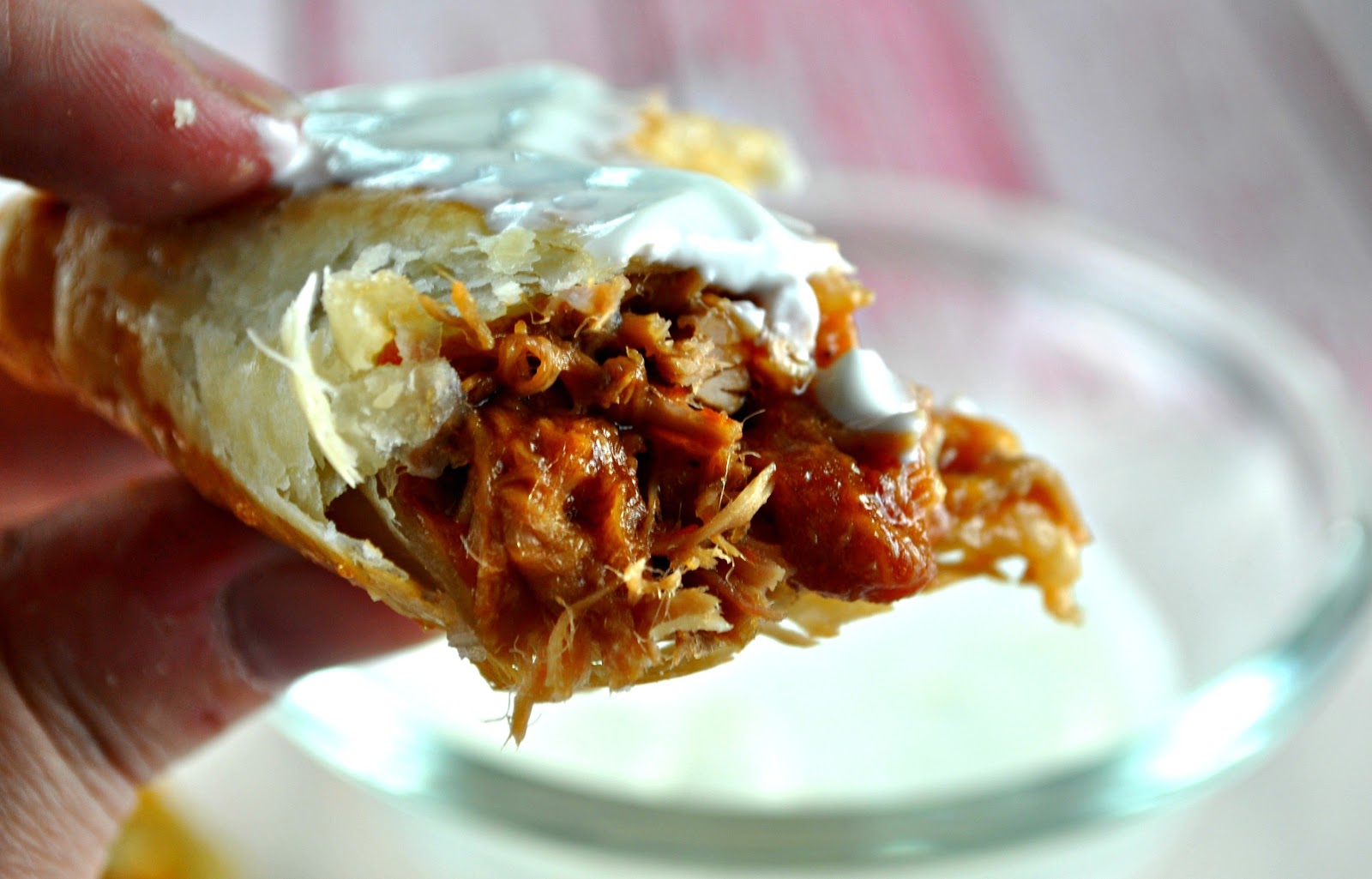 The last version was simply pulled pork with a little shredded gouda inside – cuz who doesn’t like cheese?! Why Gouda? It’s a soft and smoky cheese and pairs well with the pulled pork. Then pop it out and dip it in a little sour cream! The sour cream really cuts into the acidity of the bbq sauce. 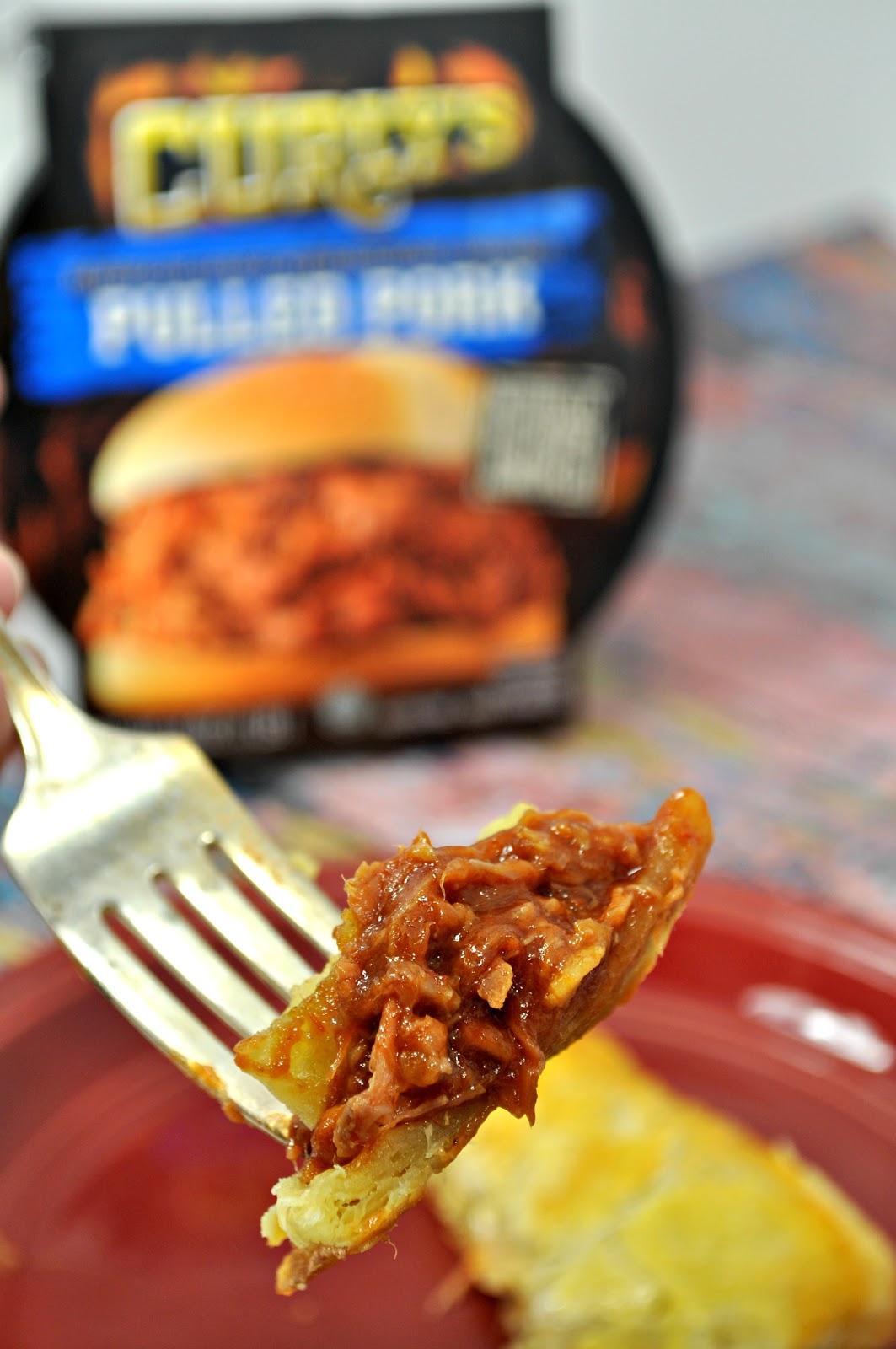 And – at the heart of every one of the empanadas was the Curly’s Pulled Pork! They made it super simple and quick to the table. I was able to just pop open the tub and put it right onto the puff pastry!

So there you have it – 3 ingredient pulled pork empanadas – and 3 varieties! All on the table in 20 minutes! Woohoo! Dinner is served!