I’ve been wanting to find an easy baked macaroni and cheese recipe to take to all the upcoming holiday dinners and my trip to Atlanta did the trick for me! It introduced me to Mary Mac’s Tea Room. If you’re not familiar, Mary Mac’s is an institution and someplace EVERYBODY has been! They are old school and it’s hard to even narrow down the menu to 10 things – let alone 1-2! 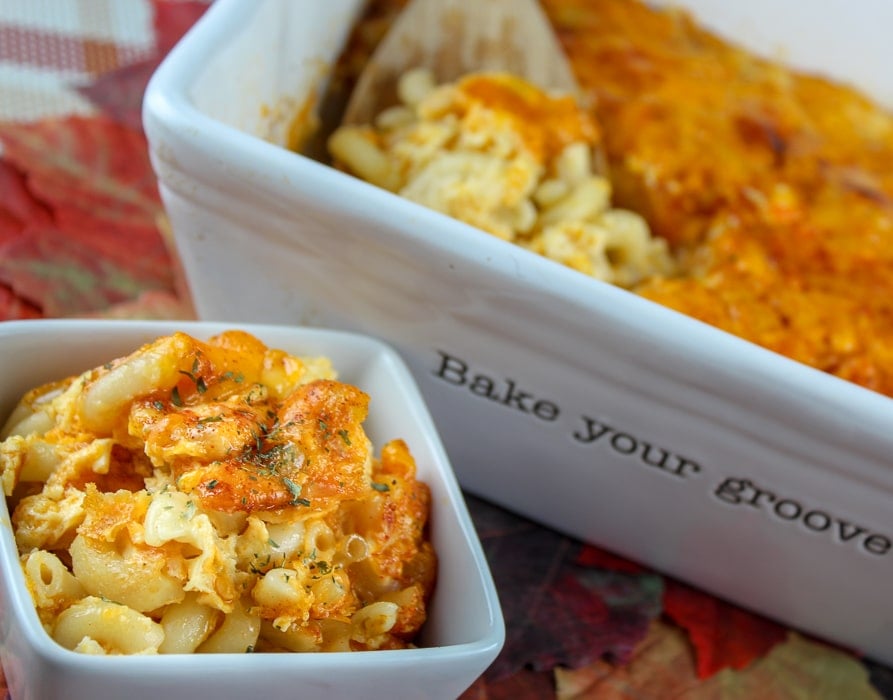 That said – I definitely tried their Oven Baked Macaroni and Cheese and loved it! This recipe is great because it’s simple and has just a few ingredients. It goes together in 10 minutes and in the oven it goes! It’s also one of their most sought-after recipes (along with their Tomato Pie). 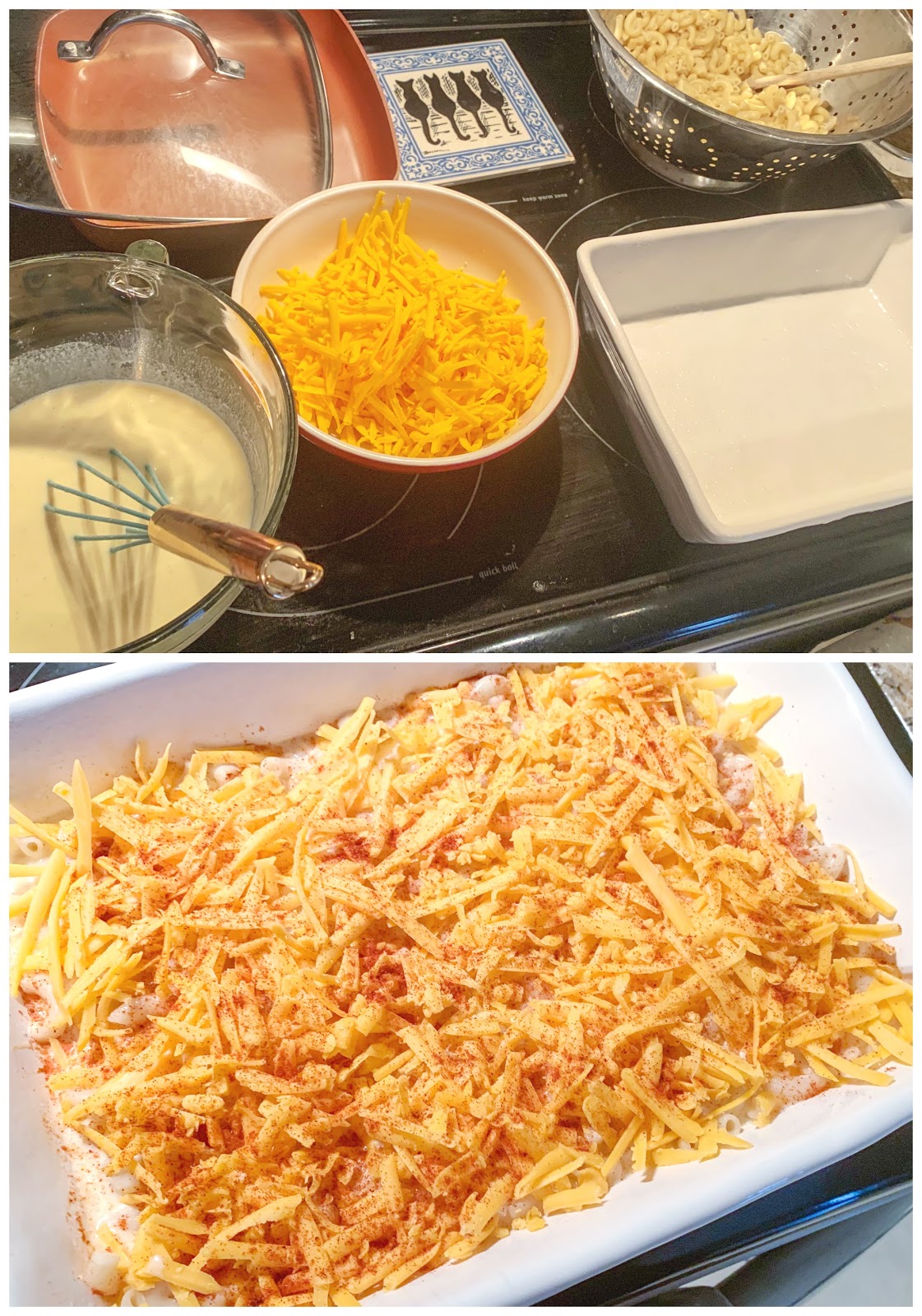 How do you make oven baked macaroni and cheese from scratch?

This easy oven baked macaroni and cheese was only a few steps! First up – Boil the noodles. After that – mix together eggs, evaporated milk, butter, hot sauce & seasonings. While the noodles are boiling, grate up all that delicious cheese. Then layer it up and bake! That’s literally all there is too it! No fancy sauces or roux to make – you just layer and go. 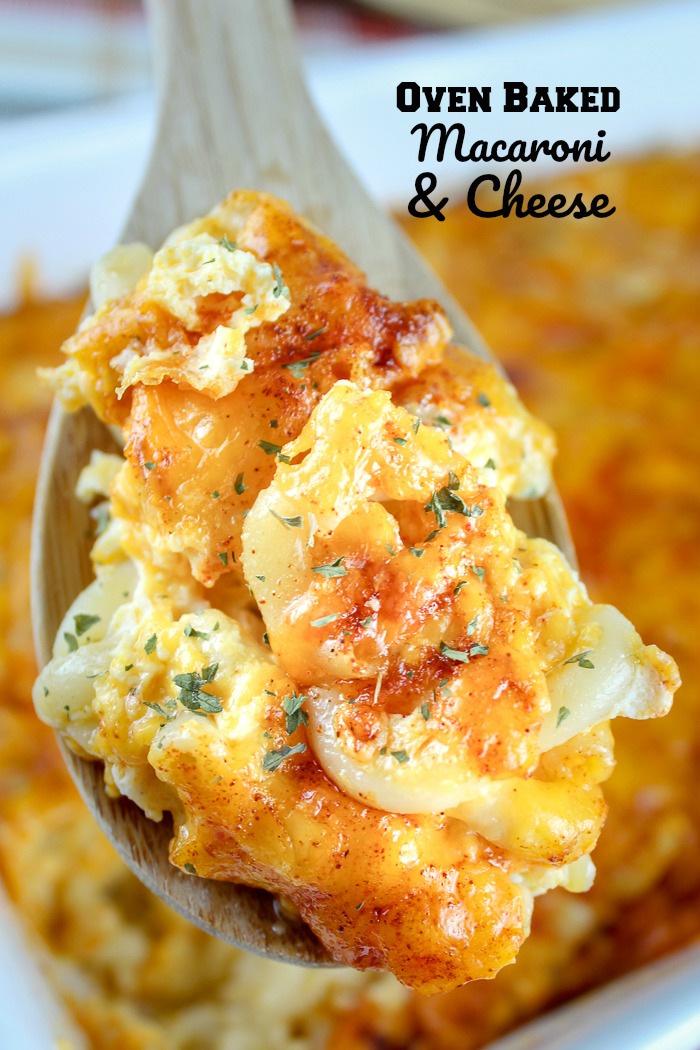 This copycat recipe is a southern baked macaroni and cheese and I figure if you’re going to make Mac & Cheese – you might as well do it right! Mary Mac’s Tea Room is the place to go in Atlanta – everybody who is anybody in Atlanta has been there and it’s steeped in tradition! You fill out a little piece of paper with your order and they have like 30+ side dishes (I’m not kidding!). It’s awesome! 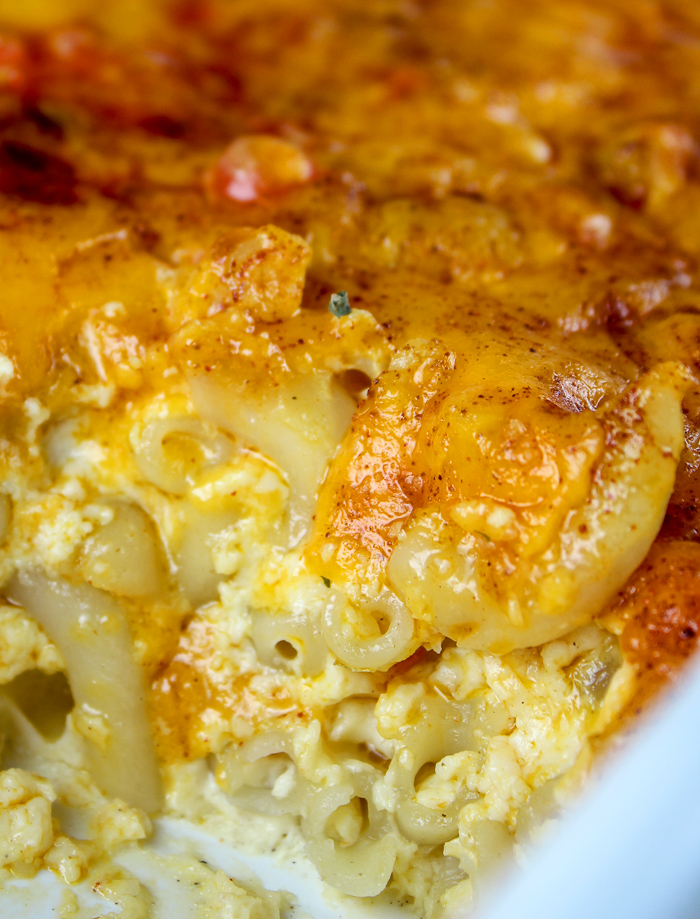 What is the secret ingredient?

Look at that cheese!!! This simple baked macaroni and cheese doesn’t have flour but it does have a secret ingredient: evaporated milk! I was curious about why evaporated milk? Sixty percent of the water is removed from evaporated milk which makes it creamier and thicker. Don’t have evaporated milk? You could also use heavy cream (1 cup for 1 cup), a combo of whole milk & half and half (1/2 cup of each = 1 cup EM) or even milk but add some butter to it (3/4 cup milk + 1/4 cup butter = 1 cup EM). Hmm – who knew? 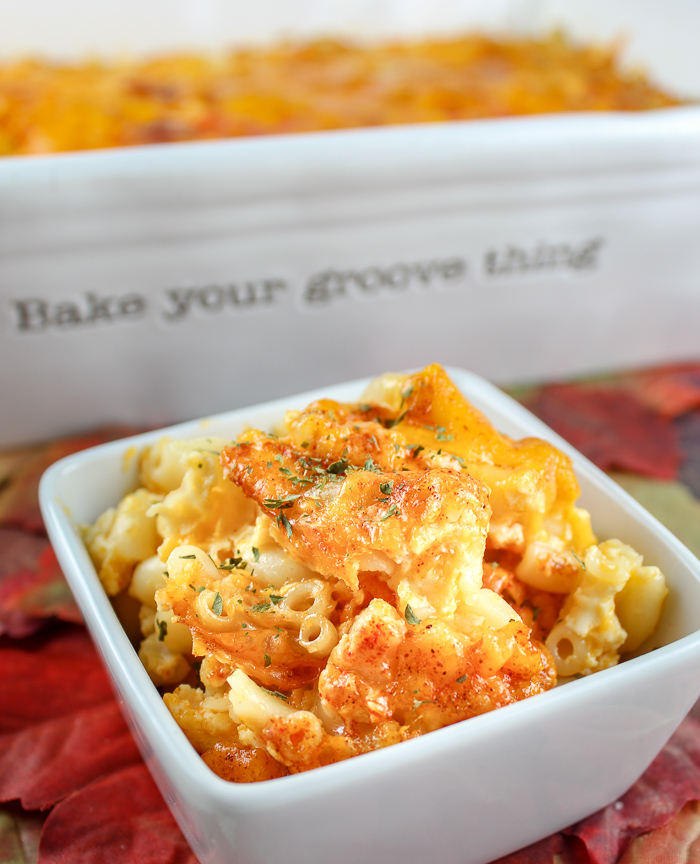 I’ve fallen in love with my cookbook and have made numerous recipes – the #1 is Mary Mac’s Tomato Pie recipe. My personal favorite was their Chicken Fried Chicken though – it’s so delicious! And you can’t go wrong with homemade fresh creamed corn – you’ll never eat the canned again.

What goes with Oven Baked Macaroni and Cheese? 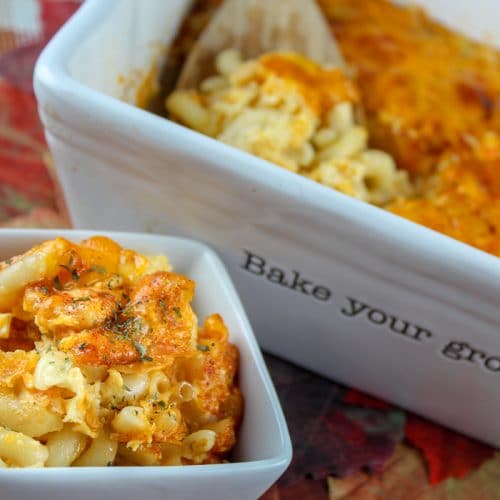