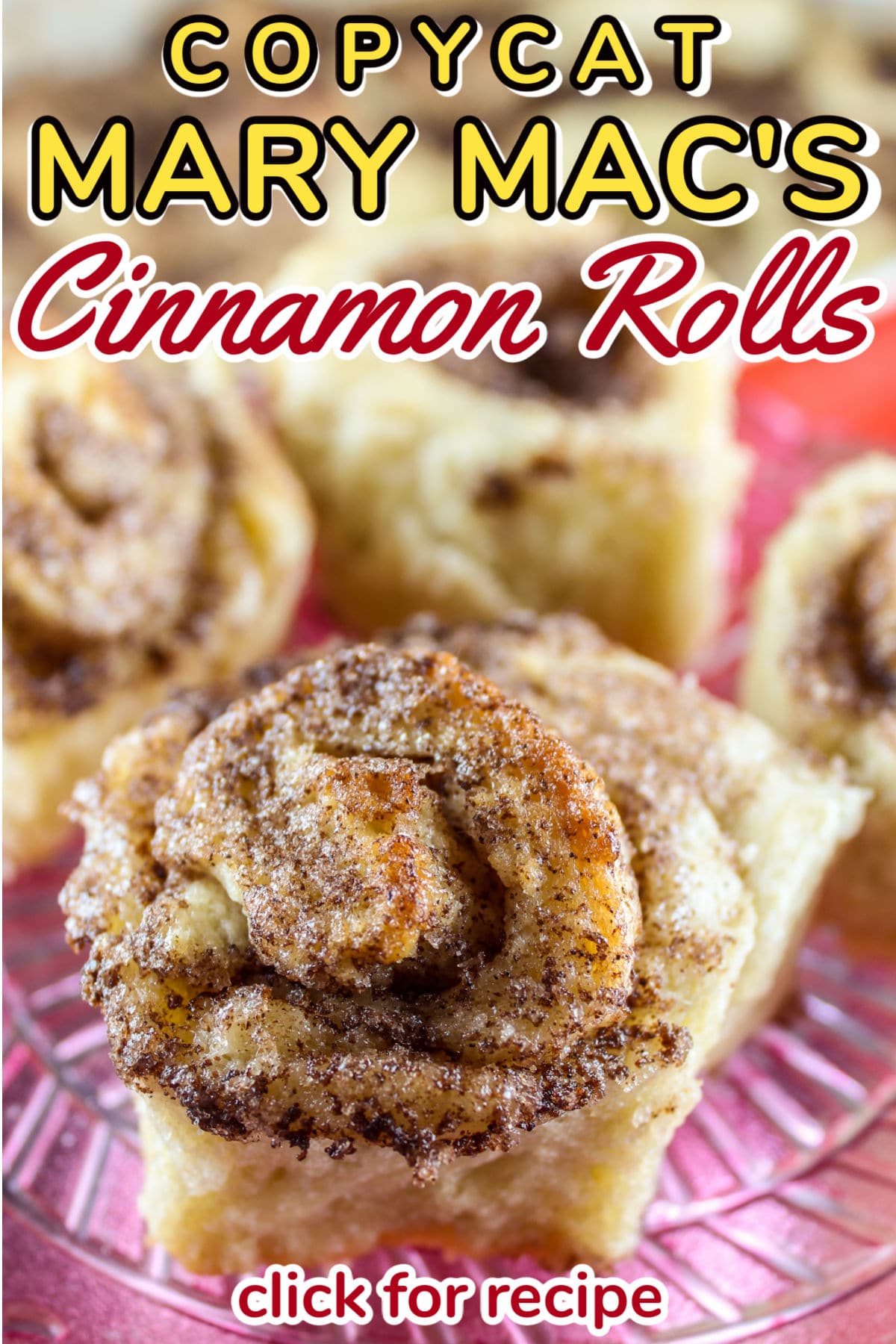 Mary Mac’s Cinnamon Rolls are one of so many delicious dishes at Mary Mac’s Tea Room in Atlanta. These are small and a little heavier than most cinnamon rolls and they are served with a very simple cinnamon sugar mixture. They are delightful and take me back to my super-fun Atlanta trip!

I’ve always wanted to make cinnamon rolls and remember making them with my grandma as a kid. She had no measurements – just slopped stuff together and out came these magical nuggets! To me baking can be very finicky – but I think I conquered this one!

How do you make cinnamon rolls?

Let me first start by saying – you need a half a day for this one! You can’t rush dough rising…

The first big step is making the dough – the full instructions are below – but I’ll give a few notes:

What to do when your cinnamon rolls don’t rise?

There are definitely tips and tricks to making sure your dough rises:

In the end, if the dough isn’t rising, your cinnamon rolls might just be a bit heavier and more biscuit-like texture. You might have to redo your dough – but you’re only out a few cups of flour and a packet of yeast.

What icing can you make for Cinnamon Rolls?

Mary Mac’s cinnamon rolls don’t officially have icing – but I made some anyway. All I did was mix together:

Stir together and your icing is done!

What to serve with Mary Mac’s Cinnamon Rolls 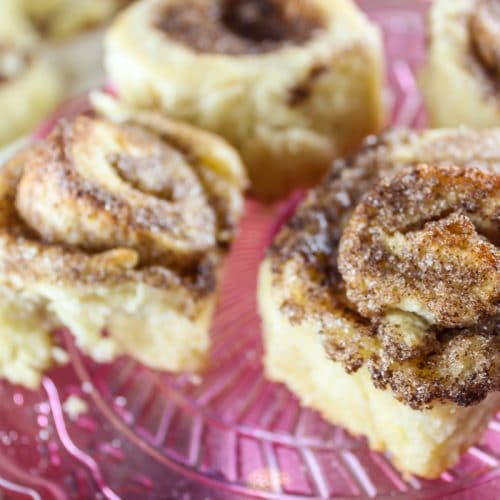 Mary Mac's Cinnamon Rolls are one of so many delicious dishes at Mary Mac's Tea Room in Atlanta. These are small and a little heavier than most cinnamon rolls and they are served with a very simple cinnamon sugar mixture.
No ratings yet
Print Recipe Pin Recipe
Prep Time 3 hrs
Cook Time 25 mins
Course Appetizer, breakfast
Cuisine American, Southern
Servings 12 rolls
Calories 387 kcal