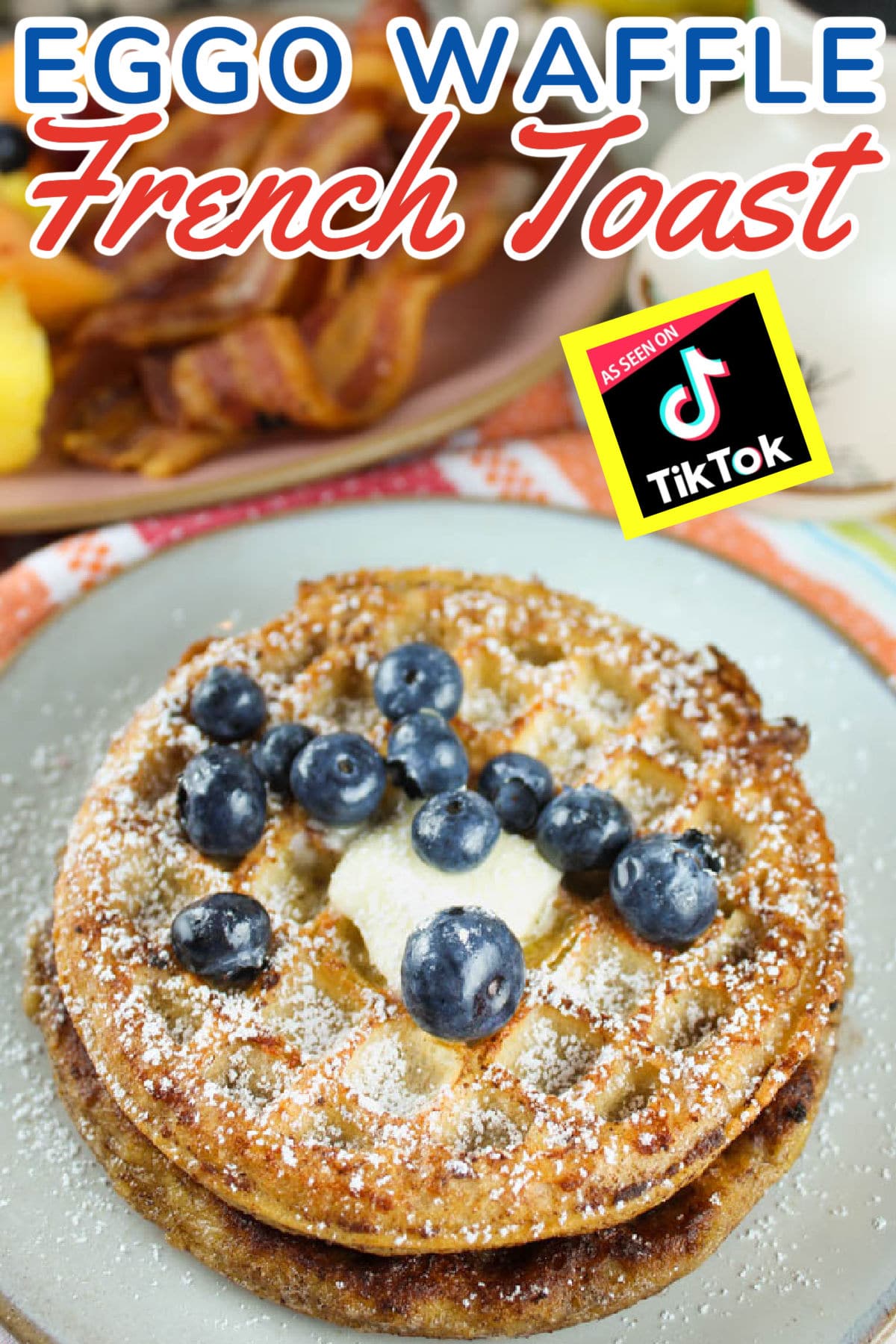 I first saw this Eggo Waffle French Toast on TikTok and HAD to make it myself and WOW – I’m so glad I did! I don’t think I’ll ever eat plain Eggo waffles again!! They’re crispy but have so much more flavor with the addition of the vanilla and cinnamon from the french toast batter.

This “as seen on TikTok” is definitely a must-try and a great way to change up boring toaster waffles! Plus – you can still make them your own by adding a little fruit topping or go all the way with some maple syrup! (I did both!)

No waffle iron needed here! All you need to make this delicious breakfast is:

How do you make French Toast out of Waffles????

How would I make french toast waffles with bread?

I would recommend using a hearty bread – not just your normal sandwich bread. Something like Sara Lee Artesano or even challah bread – even better if it’s slightly stale bread. Dip a slice of bread in the egg custard mixture – and pop on your hot waffle iron!

How long do waffles need to cook?

These french toast waffles are great for a busy morning because they’re on the table in just 10 minutes! You’re starting with frozen waffles – so it’s very quick! They cook for 2-3 minutes on each side.

Can I freeze French toast waffles?

I’m not sure how you could have leftovers of these – because they’re so delicious! But – after cooking – pop any leftover waffles in a zip-top plastic freezer bag. I would reheat in the air fryer for 3-4 minutes or in the toaster. (You can also freeze leftover pancakes! I make a big batch and then freeze the leftovers for quick breakfasts any time!)

What can I put on waffles instead of syrup?

There are a lot of options for waffle toppings! My favorite toppings are:

What to serve with this French Toast Waffles recipe 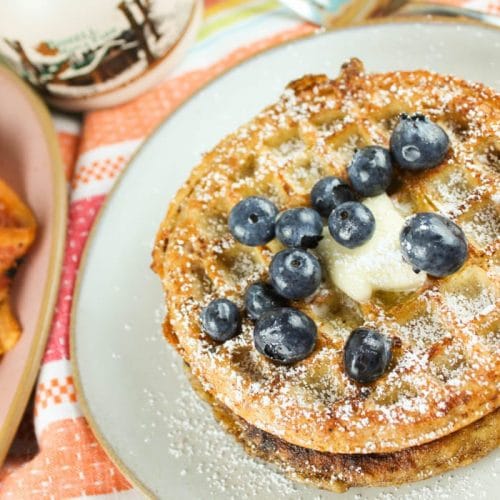