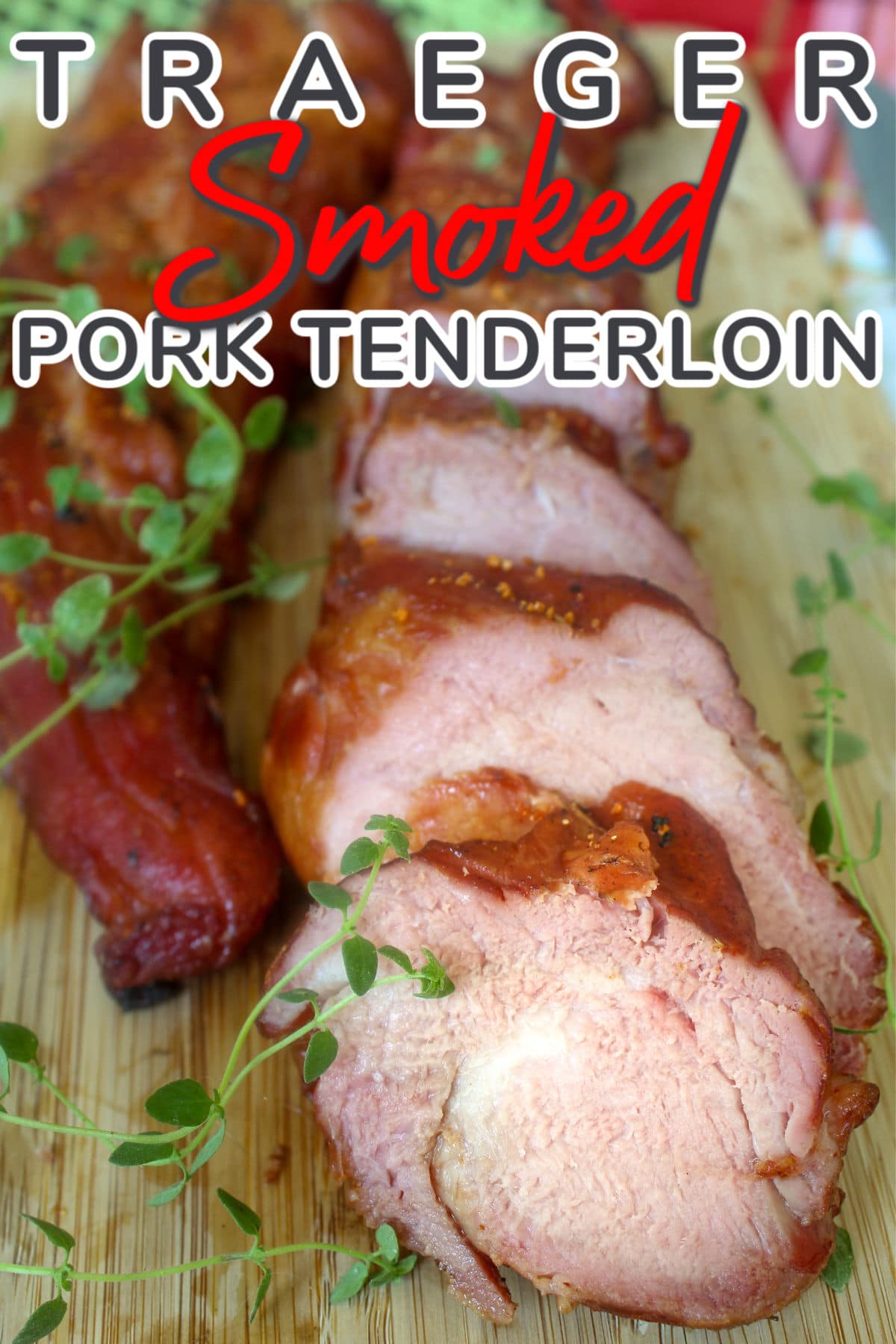 Pork Tenderloin is so delicious – pretty much anyway you make it – but Smoked Pork Tenderloin just got even better! Incredibly juicy with a smokey goodness – you’ll love it!

The best part is making pork tenderloin on a smoker couldn’t be easier! I created a marinade that is simple with a touch of sweetness – it’s so great! I’m going to be using it on pork chops next!

What’s the difference between pork loin and tenderloin?

This is a common question. On a farm visit with Uncle Squeals (yes seriously) – he taught me about the pork loin. It’s a larger cut that runs along the backbone. A boneless pork loin is about five inches across and you can cut chops or a roast from it. The tenderloin is a much smaller cut of meat and comes from the loin. When you buy it in the store – it will often come with two tenderloins like this one.

How to smoke a pork tenderloin on a Traeger

Pork tenderloin in a Traeger smoker couldn’t be easier! I poured the marinade ingredients together in a ziploc bag and then tossed in the pork tenderloin. The pork tenderloin is typically about 2 pounds and much smaller than a pork loin. It’s a great cut of meat that is pretty easy to cook – which is why it’s one of my favorites.

Smoking on the Traeger is super simple as well! After marinating it overnight – I took it out to bring it to room temperature. Then I heated up the Traeger and set it to 225 and filled the pellets! When you’re smoking for a longer time – be sure you keep an eye on those pellets – you don’t want them to run out.

Lastly, when it’s up to 225 – place the tenderloins on the Traeger. There’s not much after that – just turn a couple of times. Mine were up to temp at 145 degrees in just an hour and a half!

And just so you know – you can smoke any cut of pork on the Traeger! So if you’ve got a roast, butt, shoulder, chops, loin – or of course RIBS – they’re all great on a Traeger.

Can pork be pink?

Yes!!!! This answer is two-fold. First of all – pork is safe at 145 degrees (read more about it when I bust myths about pork!) and that typically has a blush of pink. The thing is – if you have ever thought pork was dry – it’s because it’s overcooked. I love it at 145!

Secondly when smoking meat – it’s always going to be more pink. There’s a pink smoke circle around the outside and the whole tenderloin has a smoky pink color to it – but take the temp with an instant read thermometer – and if it’s 145 – you’re good!

What to make with leftover pork?

Pork is a versatile and nutritious choice and this pork tenderloin can be used in so many ways! I already made myself a quesadilla with the leftovers. My favorite is this Strawberry Cacao Salad – um chocolate and strawberry in a salad?! Yes please!!!

Be sure to find out about all the great work that our Wisconsin Pork Farmers do.

What can you smoke on a Traeger Grill?

Here are my favorites! 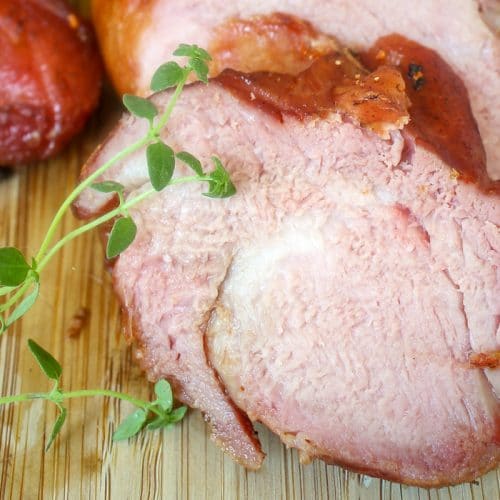