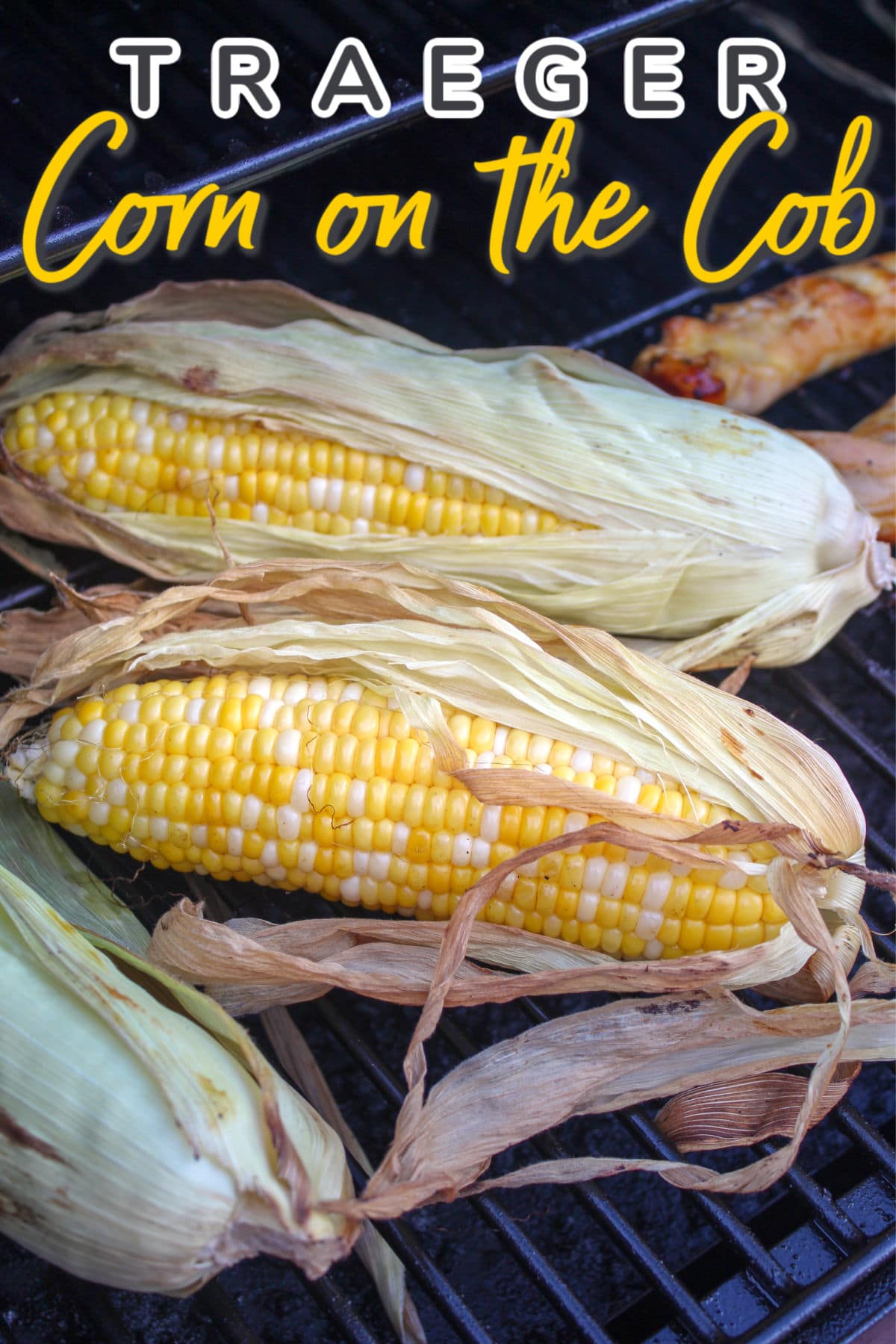 A lot of times, I’m using my Traeger Grill for smoking because that’s what it was made for – but it’s great for grilling too! I was grilling some chicken thighs (OMG so good!) and decided to pop the corn on the cob in with it – and deliciousness abounds!

How to make Grilled Corn on the Cob?

Until corn is perfectly in-season (Mid July – August) – it might need an extra bump of sweetness. To enhance the flavor of your corn, any time of year, you can soak it in sugar water for an hour before grilling.

While the grill is heating up, I recommend pulling the husk back and removing the silk from the cobs. I tried this recipe with the husk & silk on, just the husk and naked – to see which came out the best and the husk, no silk was the winner. Just don’t remove the husk all together – you’ll want to keep it on and pull the husk back up over the corn when you grill.

I found the easiest way to get the corn table ready! Remove the husk and put in a gallon zipper bag with salt & butter! Seal the bag, roll the corn around and you’ve got salted, buttered corn with no mess!

How to reheat Grilled Corn on the Cob?

Once your corn has been grilled – if you have leftover ears – the best steps are to remove the corn from the cob and then just store in the fridge. There’s lots of great uses for corn off the cob – so you might as well make a bunch! (see below!)

If you want to leave your corn on the cob and reheat – wrap ears in a damp paper towel and heat for 30-60 seconds in the microwave.

Traeger Grilled Corn on the Cob