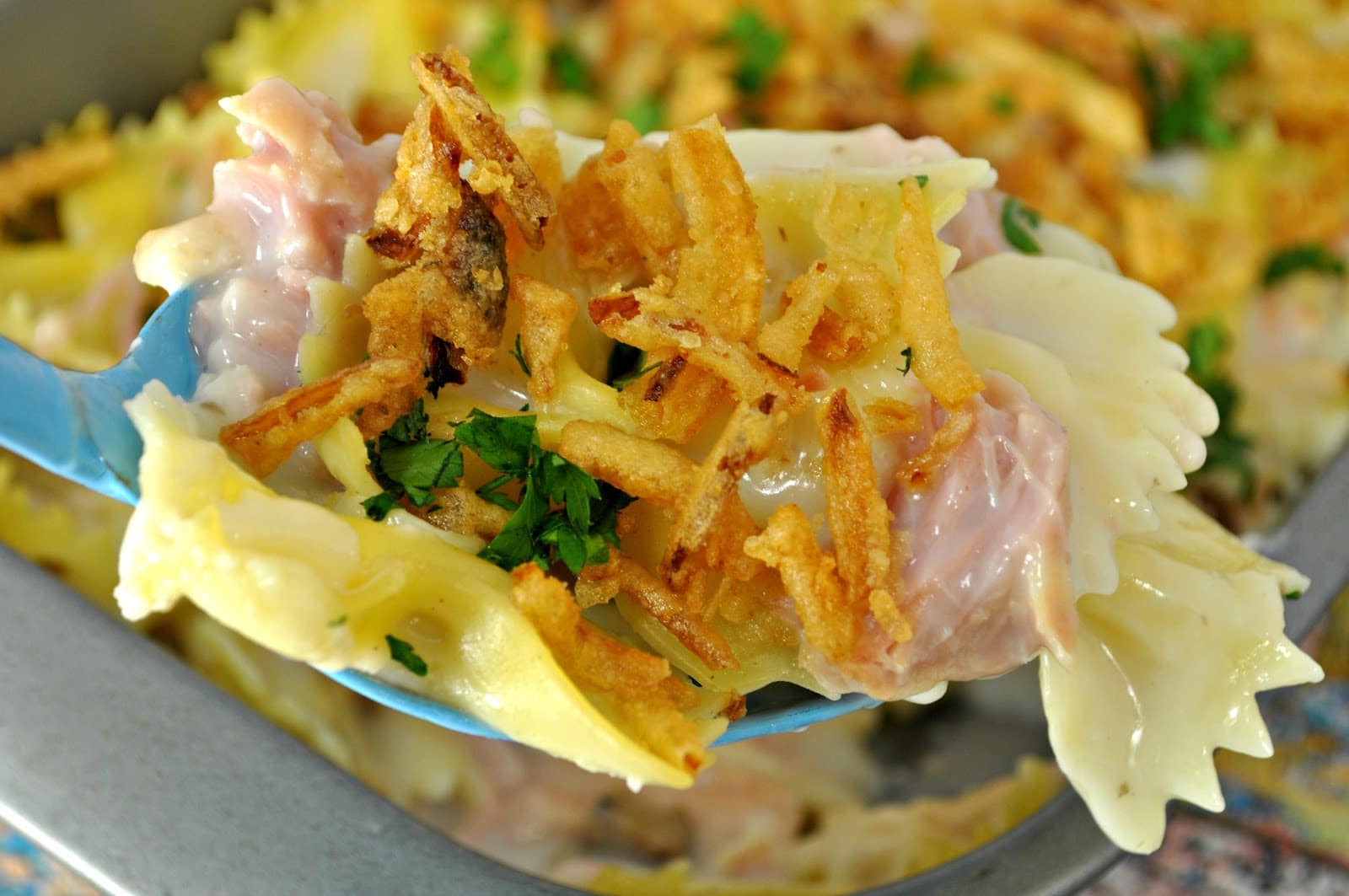 I’ve been cooking since I could reach the stove. We didn’t have a pot to piss in (as my Dad would say) and we had to make budget-friendly meals. He had huge three-ring binders of recipes – and he was a bit OCD – so ever since I could write – I could hand copy recipes from magazines to paper and put them in the binder. He would leave comments on them for the next time and categorize them – it was a part-time job for me!
As part of that – I learned how to cook at a young age. Early on, I would have dinner ready when he got home from work. This was the first meal I learned how to make! 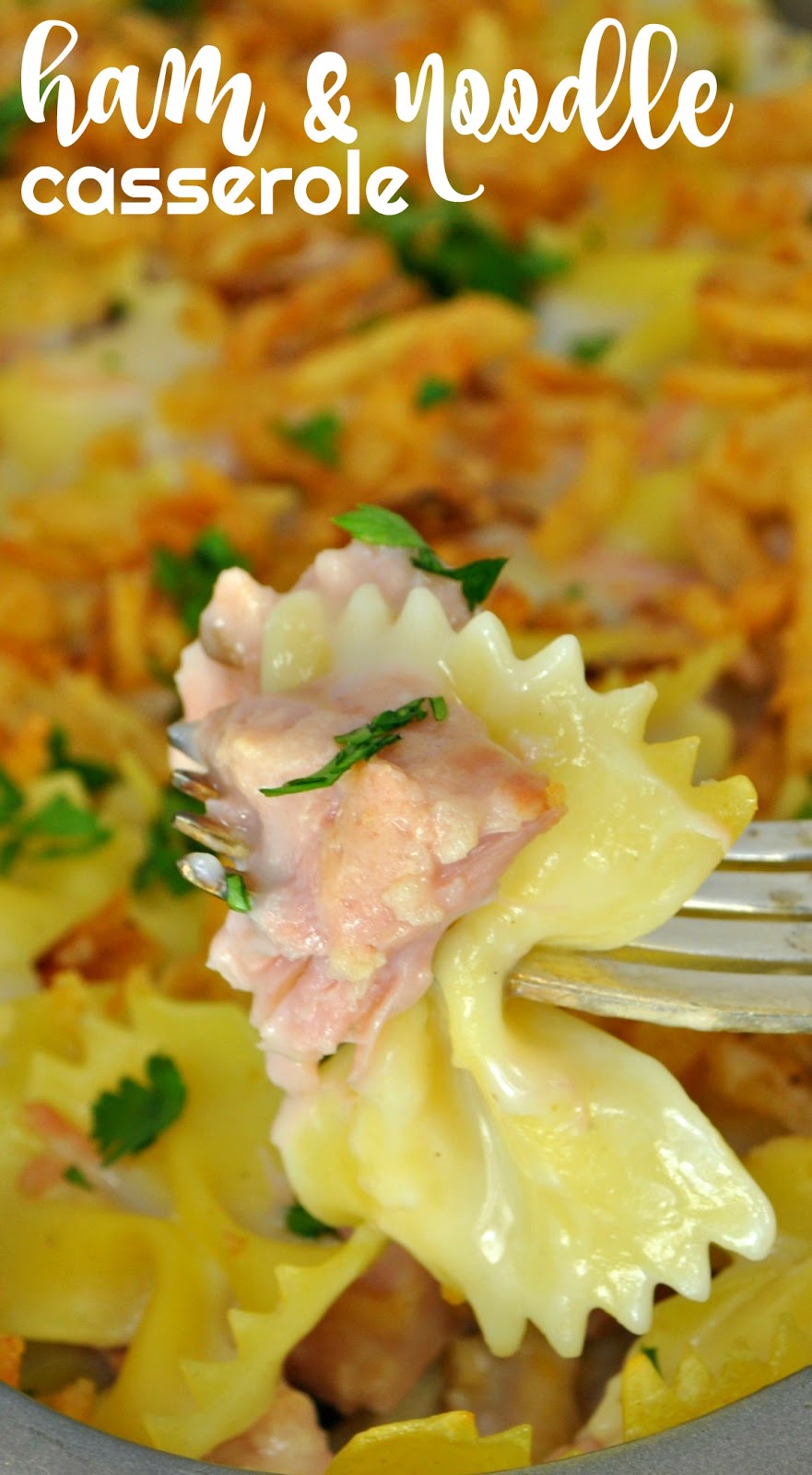 I learned how to make it using tuna – but later in life – I realized that I like canned ham way better than canned tuna. That said – you can use either. It’s a super simple recipe – but it’s definitely a comfort food for me since I’ve made it probably 1000 times.

We always made this Tuna Casserole (or now – Ham Casserole) with egg noodles but – as you may know – my husband is allergic to eggs – so I substituted bowties and it was just as tasty. 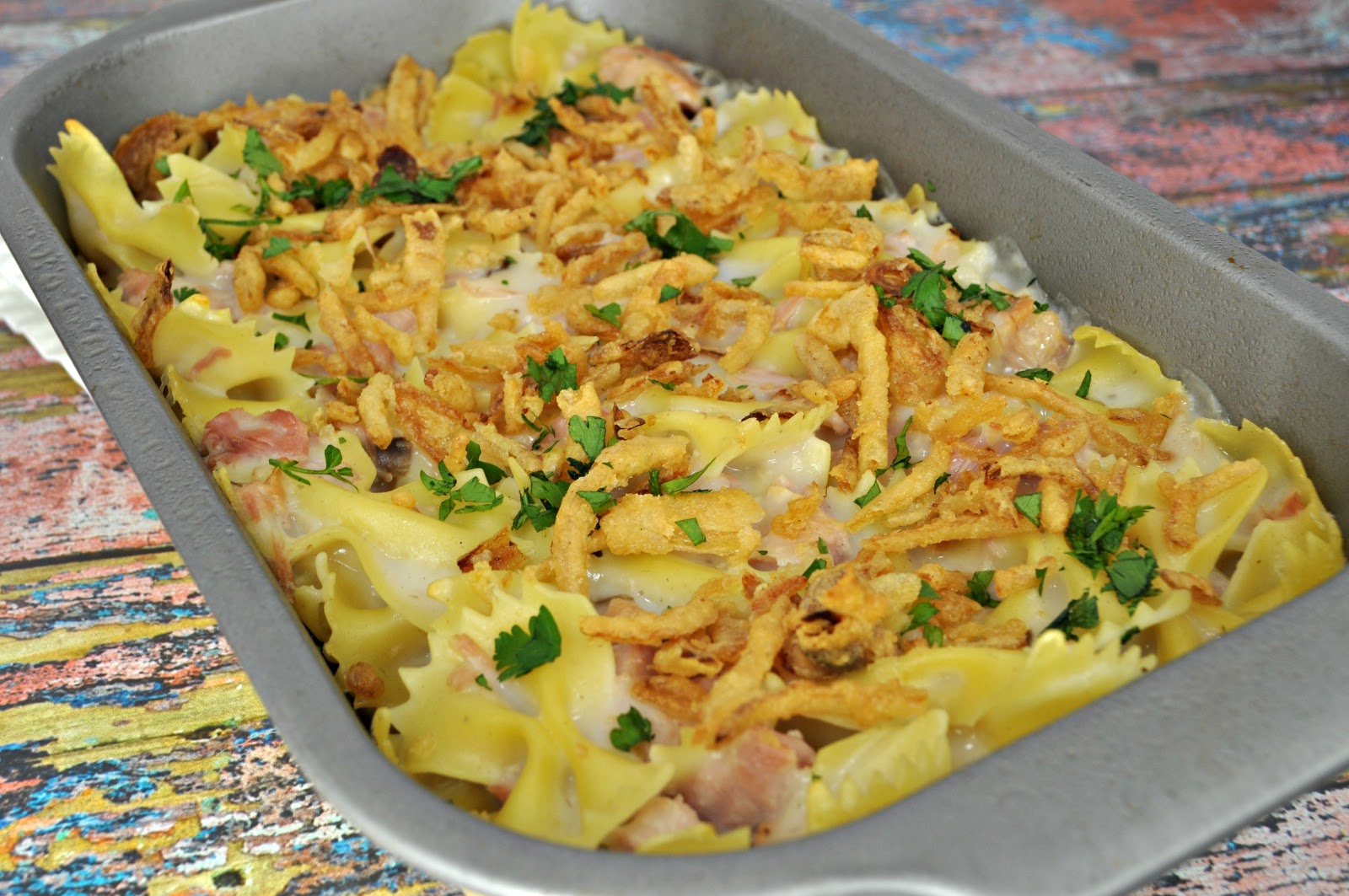 Other than the canned ham and the bowties – the ingredients are super simple: cream of mushroom soup and milk. I did add those yummy fried onions on top and a bit of parsley. Other recipes have peas and cheese but I’m good with this as is. The ham adds texture and a bit of saltiness which I love.