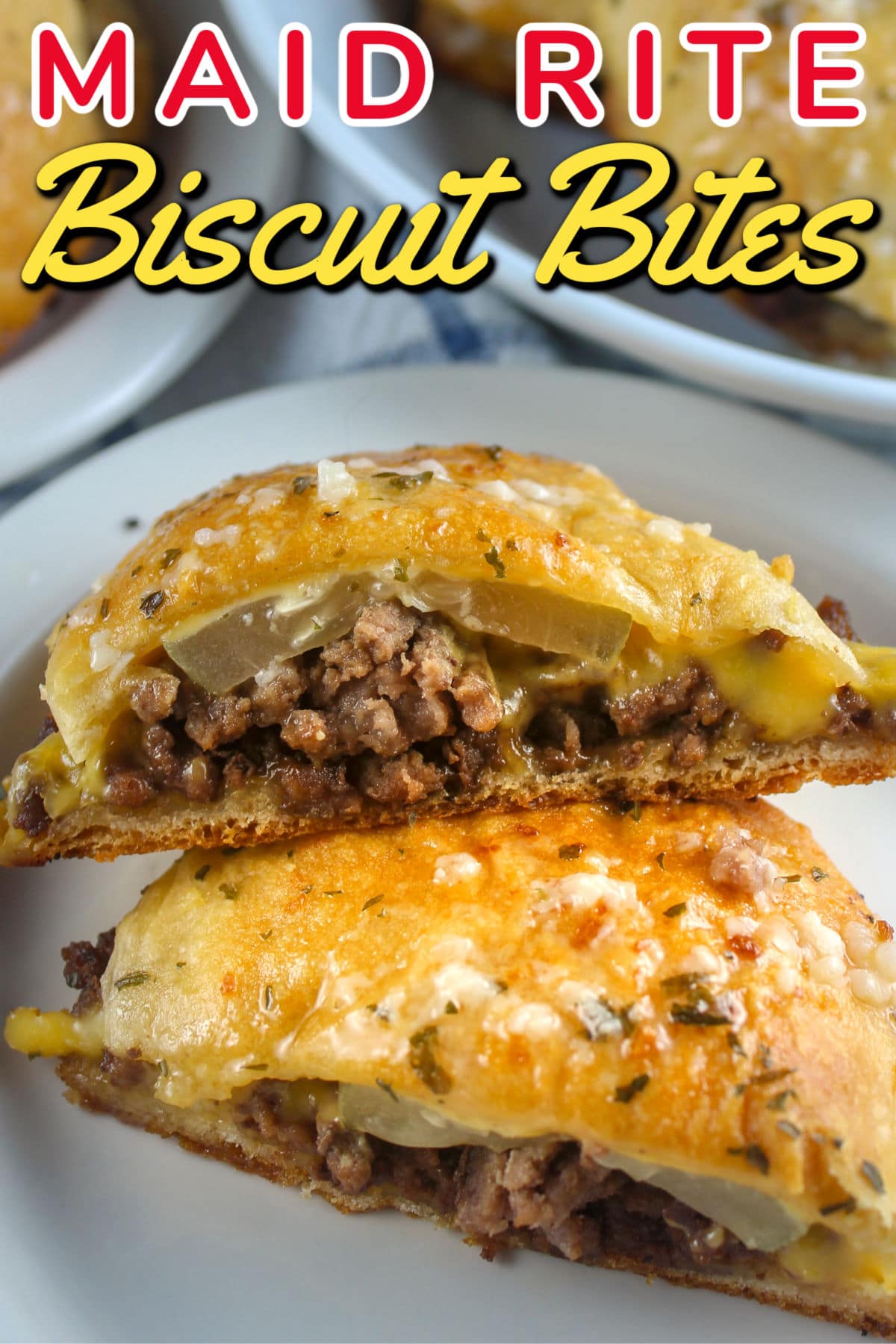 Maid Rites are my hometown favorite meal – I’ve been eating them since I could chew! These Maid Rite Biscuit Bites are a delicious take on the traditional sandwich made with a can of biscuits and some garlic butter – so good!!!

Maid Rites are also known as a loose meat sandwich (like Roseanne had on her show) – or even a Crumb Burger in Indiana! The meat has a lot of great flavors added to it and then it’s traditionally eaten on a cheap burger bun with mustard and pickles. I’ve taken that same notion and put it in the middle of a biscuit – so good!

How do you make Biscuit Bites?

I got the idea for this from my foodie bestie – Plain Chicken! She has these amazing French Dip Biscuits – omg so good! I saw them and instantly knew I had to make Maid Rite Biscuits!

You start by making your Maid Rite meat mixture – it’s hamburger with a bunch of good stuff thrown in the pan so the liquids boil away and leave the flavor. It’s got beef bouillon, brown sugar, apple cider vinegar, Worcestershire sauce and soy sauce – literally all my fav flavors. You can undercook the meat a little since you’ll be baking it and it will finish there.

Once the meat is ready – open a can of flaky biscuits and separate them all in half. They pull apart really easily! Roll half of the biscuits out so they’re a little flatter and then lay them on a non-stick cookie sheet. Spoon 1/4 cup of the Maid Rite mixture onto the biscuit. Top with pickles and a half slice of Land o Lakes American Cheese. Then roll out the other biscuit halves and top the biscuit halves. Then loosely pinch the two halves together.

Melt 1/2 stick of butter and minced garlic together in the microwave. Stir it all up and then baste on the top of the biscuits. Then bake at 350 for 12-15 minutes and you’re good!

Where are Maid Rites from?

There’s a little debate around the state of Iowa as to who had them first – but they definitely started there. Either in Marshalltown or Muscatine in the mid-1920s. According to a 2010 article in the Quad City Times, the founder’s grandson was interviewed back in 1976 and said, ““It (the sauce) looks like root beer and is made from certain beef and vegetable extracts.”

Can you make Maid Rite Biscuit Bites ahead of time?

Yes definitely! You can make these earlier in the day and get them on your cookie sheet and refrigerate them covered until you’re ready to bake. Or you could make a big batch of the meat ahead of time – and then make these Biscuit Bites or my slider recipe – or even regular Maid Rites whenever you want!

I still remember going to the Maid-Rite as a kid – and every time I go home – I make sure and stop for a Maid Rite and a pork tenderloin sandwich – my two faves!

What to serve with Maid Rite Biscuit Bites 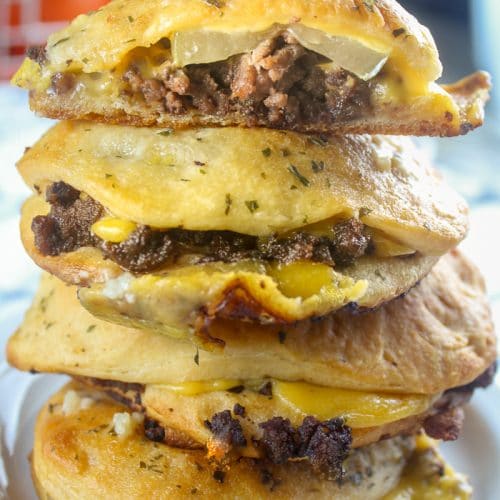 Maid Rites are my hometown favorite meal – I've been eating them since I could chew! These Maid Rite Biscuit Bites are a delicious take on the traditional sandwich made with a can of biscuits and some garlic butter – so good!!!
No ratings yet
Print Recipe Pin Recipe
Prep Time 15 mins
Cook Time 15 mins
Total Time 30 mins
Course Entree
Cuisine American
Servings 4