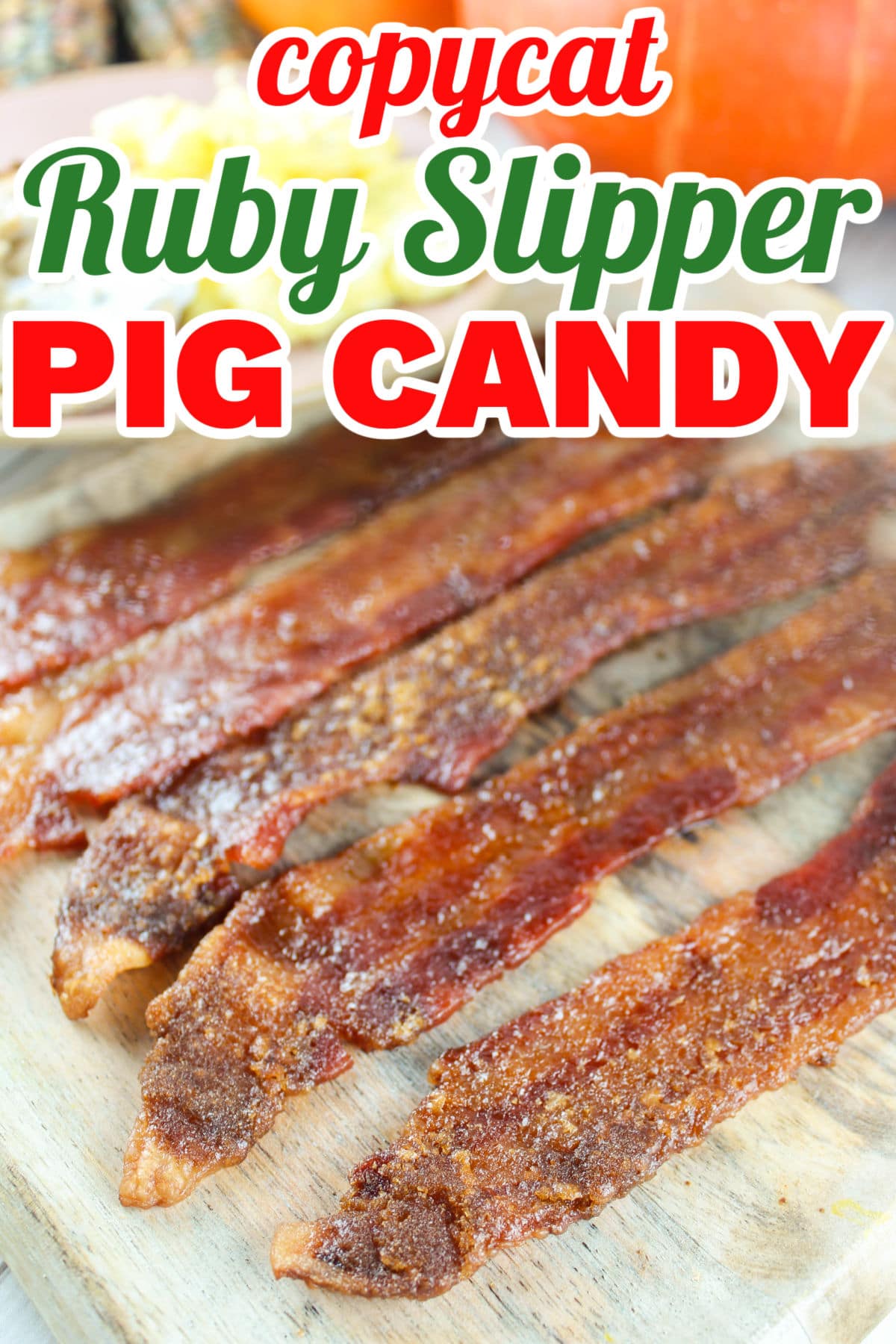 This Copycat Ruby Slipper Pig Candy is heavenly!!! I mean – I didn’t realize bacon could get better – but when you slather it with brown sugar – it does! And now – I have the recipe and can make it at home – any time I want! Woohoo!

The thing about Pig Candy – or candied bacon if you’re not familiar – it’s decadent – but yet – still meaty. It’s a perfect balance of the PIG and the CANDY! I first had this at Lucky’s Cafe in Cleveland but I really like this version from the Ruby Slipper. It’s a perfect first course to your brunch.

If you’re not familiar with Ruby Slipper Cafe – they’re a fantastic brunch spot in Louisiana, Alabama and Florida. I’ve been to the ones in NOLA and Gulf Shores. It’s also on my Gulf Shores Breakfast Favorites list. They specialize in biscuits and benedicts – which are both amazing. The Pig Candy is one of their best selling apps for a reason!

Well you can sure guess that there’s bacon and brown sugar – but the third ingredient might surprise you! It’s…DRUM ROLL PLEASE…BACON GREASE!

Yes – you make candied bacon by smearing it with bacon grease! Hey – don’t knock it until you’ve tried it!

For the bacon grease – a lot of folks save bacon grease in a can (like grandma used to) – but there’s now a handy product called Bacon Up which is “clarified” bacon grease. It’s made by a bacon plant – so it’s made from real bacon. It’s great for using on a flattop Blackstone style grill, to make gravy with and lots of other things – basically anywhere you might use oil, butter, lard, etc.

How do you make Candied Bacon?

It’s pretty easy to make – let me walk you through how to do it:

How long will it take with regular (not thick cut) bacon?

What if I don’t have bacon grease?

You can purchase Bacon Up from the links mentioned. You could also use regular canola/vegetable oil, butter or lard. We recommend the bacon grease as that’s the way they do it at the Ruby Slipper – but any of these will work.

Or – you can use the grease from the first half of the bacon cooking in the oven. When you take it out of the oven – pour that grease into a sauce pan and mix in your brown sugar. There might not be quite enough – but you can always add a little extra canola or vegetable oil. (I would not use olive oil.)

Should I use light or dark brown sugar?

Either is fine – I actually used a mixture of both because I was low on both!

Can I make candied bacon in the air fryer? on the grill? on the stove top?

You can make it in the air fryer – I’m working on a recipe for that. It’s a little tricky because it blows around more (air fryer bacon). Also on my list to try on the grill – I’ve done bacon on the grill and it’s YUM!!! 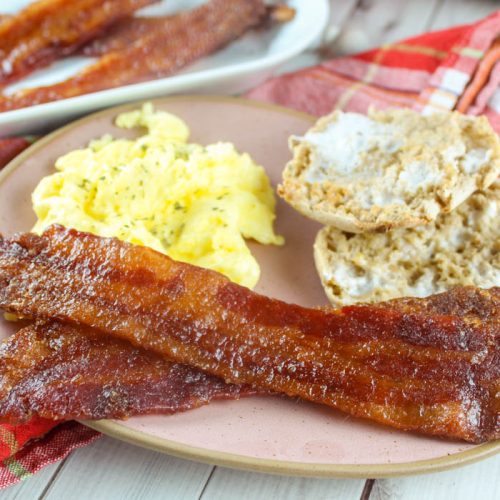